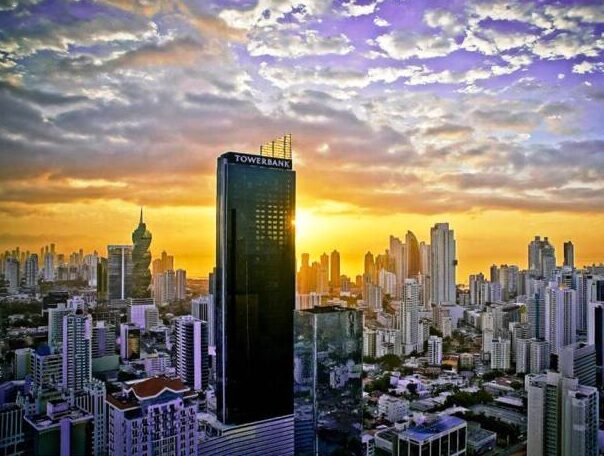 Panama City  is the capital city of  Panama , of the province of Panama and head of the homonymous district. It is the largest and most populated city in the country, officially reaching 880 691 inhabitants within its municipality and 1 446 792 inhabitants in its metropolitan area. It is located on the shores of the Gulf of Panama, in the Pacific Ocean, east of the mouth of the Panama Canal.

History
Since its discovery in 1501 by Rodrigo de Bastidas , the Isthmus of Panama and mainly its city have become an International Center par excellence.

The first Spaniard to visit the lands of the present province of Panama was Vasco Nuñez de Balboa in 1513 . Pedrarias Dávila founded the 15 of August of 1519 the city of Our Lady of the Assumption of Panama , the first city on the South Sea .

Do you want to know about Capital City of Palau?

Recognized as a city in 1521, it was until 1671 the main city of the Isthmus until it was sacked by the pirate Henry Morgan . Morgan obtained so much wealth from his plunder that he needed 165 mules to carry the spoils. After the destruction of this first city of Panama, it was ordered its transfer to a small peninsula near the Hill Ancon .

The new city of Panama was founded in 1673 , not as rich as the old one, but much more protected.

In the course of its history spanning five centuries, it influenced society, culture, literature, art, architecture, religion and the way of dress of successive centuries.

The city is the main cultural and economic center of the country, has an intense financial activity and an international banking center, currently occupies the 2nd position in the 2013 version of the ranking of the Most Competitive Cities in Latin America. The Panama Canal and tourism are also notable sources of income for the economy of the city, which has a tropical climate, along with natural parks and other attractive places of interest. Its wide cultural and gastronomic offer made it chosen as the American Capital of Culture in 2003 (together with Curitiba, Brazil). Occupies position no. 93 and the 3rd in the region, in the cities with the best quality of life in 2010.

The Isthmus of Panama was discovered by the Spanish explorer Don Rodrigo de Bastidas in 1501 , who on that trip was accompanied by Vasco Núñez de Balboa, later discoverer of the Pacific Ocean. A year later, in 1502 , the discoverer of America , Christopher Columbus visited the Isthmus on his fourth and last voyage. He tried to establish a colony but failed in his attempt. 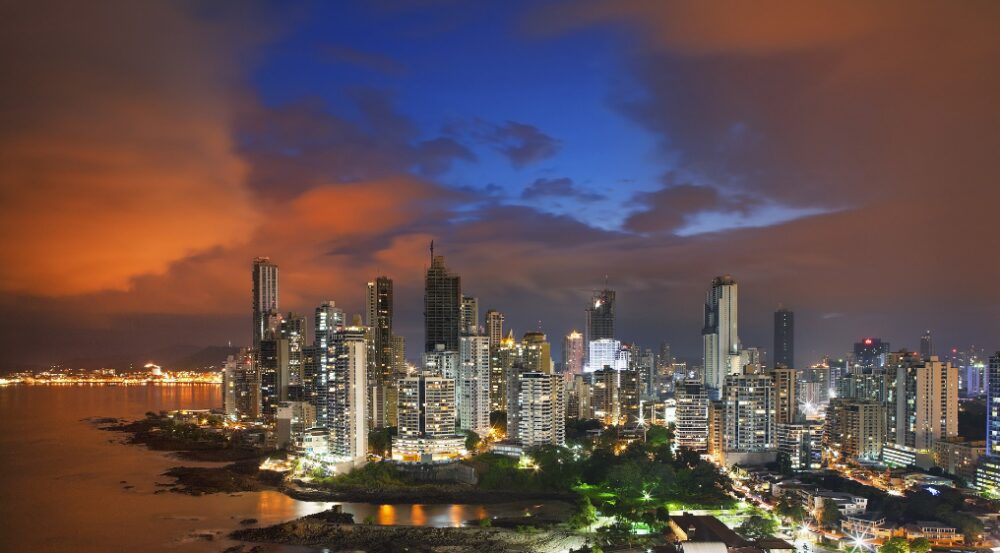 In 1508 began the Conquest period of the Isthmus of Panama , then known as Castilla de Oro. The first colony was established by Pedro Arias Dávila, governor appointed by the Spanish Crown in Darién in the region bathed by the waters of the Sea Caribbean.

In 1513 , Balboa discovered the South Sea, later known as the Pacific Ocean . Six years later, due to controversy with the Governor, he was beheaded in the town of Acla in 1519 . The exploration of the Pacific gave rise to the encounter of a healthy site and to that place moved Pedrarias the population, giving the name of Panama to the new city. The exploration of the Pacific culminated later with the discovery and conquest of Peru, as well as the one of other territories in central America.

Two years later it was transferred to what today is known as the Old Town. In the 273 years that followed, the city did not extend beyond where the Hotel El Panama is located. Its growth was limited to a long strip of land between the coast and the boundaries of the Canal Zone.

However, in recent years, the city has spread rapidly in several directions and now that the territory of the Canal Zone has been reversed, the city expands on this area as well. 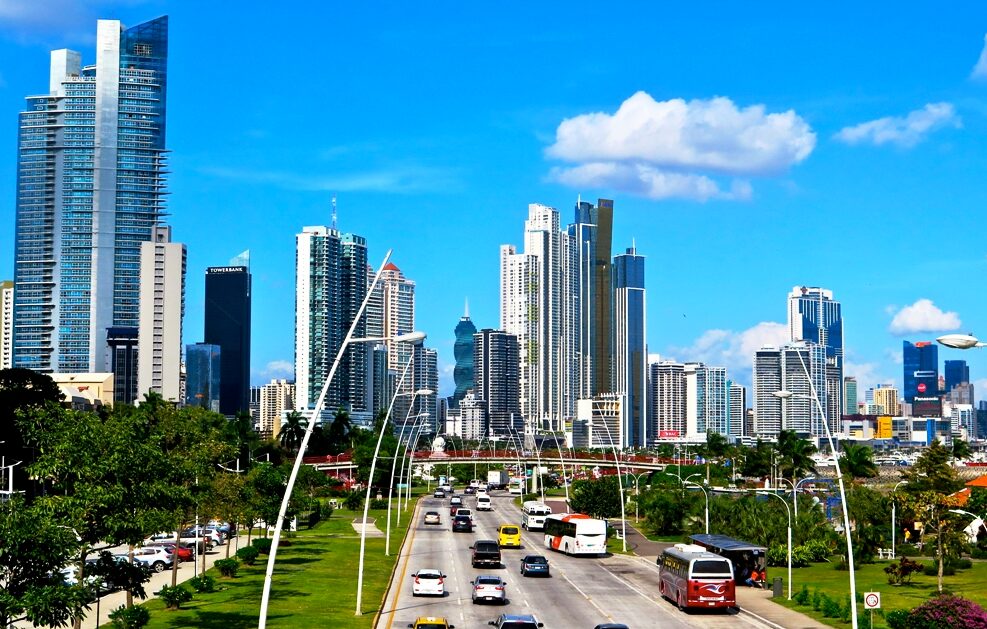 Located within the limits of Panama City Capital. This is the protected tropical forest closest to an urban area in the Americas.

It is here, where the Smithsonian Institute conducts scientific research on the ecology of the forest canopy. In this park you can walk along the marked trails, surrounded by orchids and cedar trees, and see over 200 different species of birds, mammals and reptiles.

The real history of the making of the Panama Canal is the saga of human ingenuity and courage, years of sacrifice, great defeats and final victory. It was more than 22,000 who lost their lives in the effort.

The beginnings of the works were the period of French construction (from 1880 ), and the end of construction was 1914 by the United States of America.

The Panama Canal has a length of approximately 80 kilometers between the Atlantic and Pacific oceans and uses a system of locks. Recognized as the eighth wonder of the world, the Panama Canal represents much more than a milestone unprecedented in engineering:

The city has a sub-equatorial tropical climate. The average annual rainfall is about 2,000 mm, an average relative humidity of 75% and an average temperature of 27 ° C.

Population
Basically the Panamanian population is conformed by the descendants of Spaniards, Indians and blacks that resided in the Isthmus throughout its history and the different human groups that have given place the mixtures between them. There are also the descendants of Europeans, Americans, Chinese, Hindus and other ethnic groups, all living in complete harmony. Almost all immigrants acquire Panamanian nationality and integrate with national life with pride and love for their new homeland although always conserving something Of the old land as customs, language and religion. The city of Panama offers the visitor as much day life as nightlife and both have defined characteristics.

Related Items:capital of panama in spanish, panama country, where is panama located