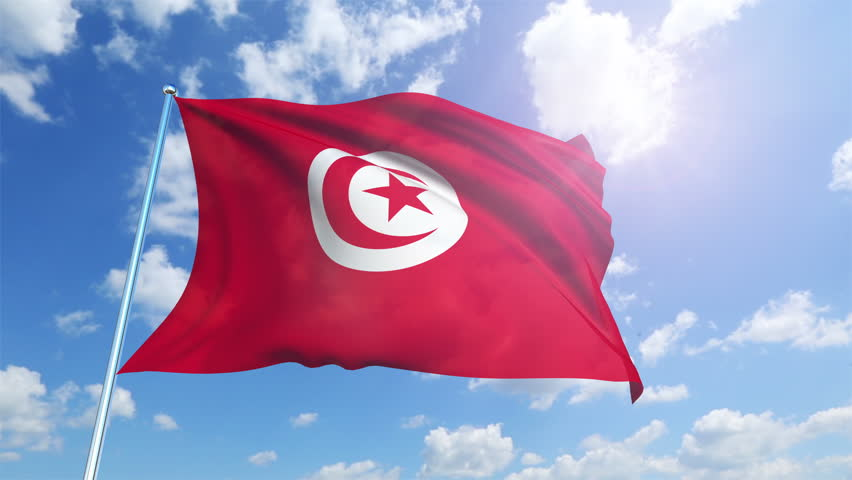 The national flag of Tunisia is a red cloth with a white circle in its central part containing a falling moon and a red five-pointed star. It was adopted in 1835 and has not changed much since. 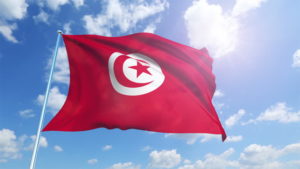 The Tunisian national flag was adopted in 1835 and has not changed much since. The red band carries the traditional symbols of Islam – the Red Crescent and the five-pointed star in a white circle, which is meant to symbolize the sun.

These symbols also point to historical ties to the Ottoman Empire. The flag may look similar to the flag of Turkey, as Tunisia was for several centuries dominated by Turkey, although the moon and stars have a white color in the case of the Turkish flag. Also, there is no white circle.

The flag with this form (with slight modifications), exists from the century IX, approximately, reason why it supported the period of the French domination until obtaining the independence in 1956.

The Tunisian flag was first introduced in 1835 by Bey of Tunisia Hassan I. She was in a similar fashion at the same time the flag of the Ottoman Tunus province. Of course he defeated the flag only slight modifications.

National flag of Tunisia is red with a white circle in its center containing a moon decreasing and starred five – pointed. Its proportions are 2: 3, it has not undergone great changes since it was adopted in 1831 by Tunisian bey (monarch) Hassine I.

The crescent moon and star are traditional symbols of Islam and indicate that Tunisia was part of the Ottoman Empire.

The red color was also taken from the Ottomans. The national flag was recovered with the independence of France (20 of March of 1956), that had been changed in 1881 when establishing the French colonial dominion.

The crescent and star are symbols of Islam and are also considered auspicious sign. Both symbols are a reference to the Tunisian past as part of the Ottoman Empire.

The red color is a symbol of dynastic legitimacy in the Ottoman Empire. After the independence of the country of France, the flag was adopted like the National Flag. 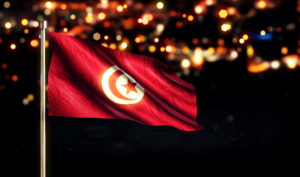 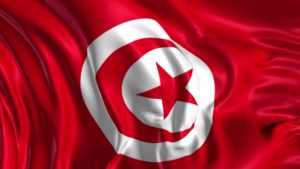