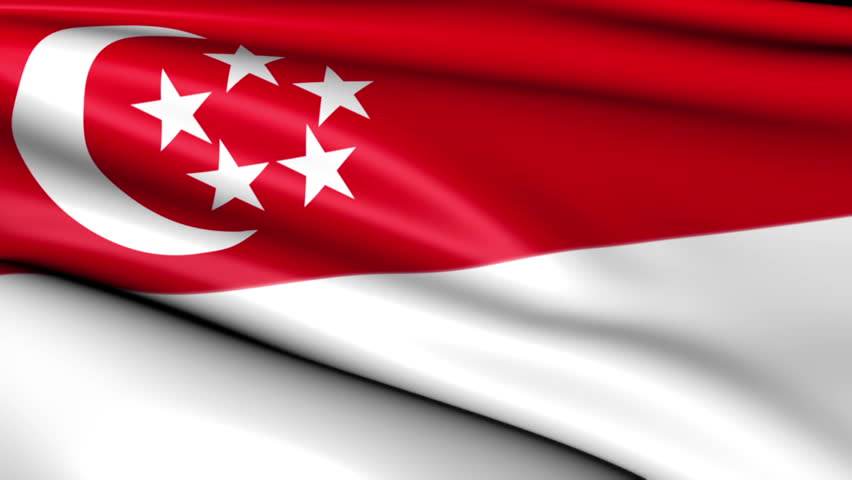 The national flag of Singapore was officially the created 3 of December of 1959. It is composed of two horizontal stripes, one red and the other white, in the upper left corner is a white crescent moon and five white stars forming a circle. 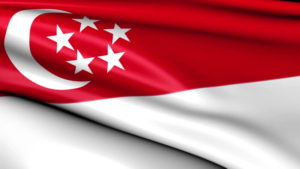 The National Flag of Singapore was created by a committee headed by the Prime Minister, then Vice President Dr. Toh Chin Chye, and replaced the United Kingdom flag, which had waved over Singapore for 140 years ( 1819 – 1959 ). The national flag of Singapore was adopted after independence in 1965. The flag is composed of two equal horizontal sections, red on white. The upper section contains on the left a crescent moon and five white stars forming a circle. The red color symbolizes universal fraternity and equality of men, while white means omnipresent and eternal purity and virtue. The crescent moon represents a young and promising nation. The five stars represent the nation’s ideals of democracy, peace, progress, justice and equality.

The red color symbolizes universal fraternity and equality of man, white purity and virtue. In the upper left corner of a crescent moon is shown, along with five white stars forming a circle. The crescent moon represents a young and growing nation, the five stars of Singapore’s ideals. Democracy, peace, progress, justice and equality in the design of the flag was taken into account the various ethnic groups are taken. Red was chosen for the Chinese population, as it is a traditional color of luck in Chinese culture. In addition, red represents courage in Malay understanding. White was chosen as the color of purity in Malay culture. As an example of the People’s Republic of China Chinese people were demanded stars on the flag. The Malays demanded the crescent as an expression of Islam on the flag. As a solution the government decided to place five stars and a half moon on the flag represent – compared to the flags of Muslim countries in which the crescent moon with a star is common. 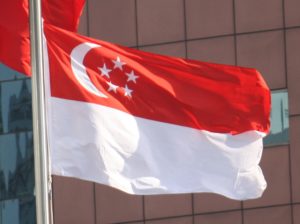 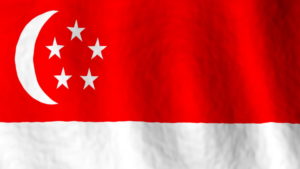