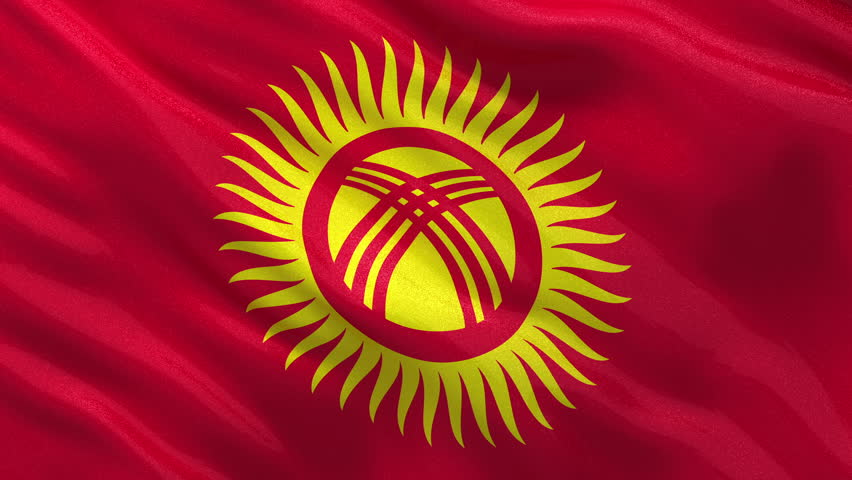 Kyrgyzstan is a Central Asian landlocked state; it borders China and other newly independent states from the former Soviet Union. It became an independent state in 1991 from the Soviet Union. The majority of Kyrgyz population is Muslim. Kyrgyzstan is historically and ethnically a diverse nation, it has a history span of over 2000 years. Most recently, it became an autonomous state in 1991; it was an important and traditional trade route of Silk Road having a rugged terrain and no access to the sea. The national flag of Kyrgyzstan has a red background and a yellow sun that also features a traditional tent called yurt in the local language. It was adopted on March 1992 and resembles closely to the former red Soviet Union flag. The design of flag consists of a red background and a yellow sun at the center that encompasses forty rays in it that are placed uniform and equally spaced. The sun is also crossed at the heart by three set of two lines. 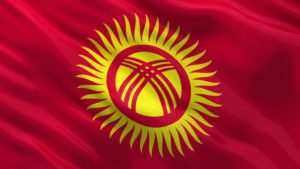 The red coloring remained the same as in the former Soviet flag in the national flag of Kyrgyzstan. There was a transition of few months between the independence and preparation and adoption of the new flag for the country. The national flag of Kyrgyzstan was the same as of USSR flag but with the removal of the Russian communist symbol at the top-left corner of blue, white, and red horizontal linings remaining intact.

You may learn about: National Flag of Guinea-Bissau

The red color of the national flag of Kyrgyzstan represents the bravery, courage, and valor of the people of Kyrgyzstan. Officially, the red color depicts the national hero of Kyrgyzstan Manas who hoisted the emblem for the first time. The sun at the center symbolizes the peace and prosperity of the country while its 40 rays are the tribes in the region that were united by Manas against the Mongols. 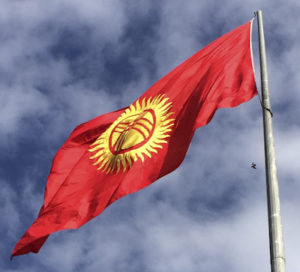 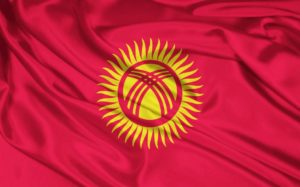