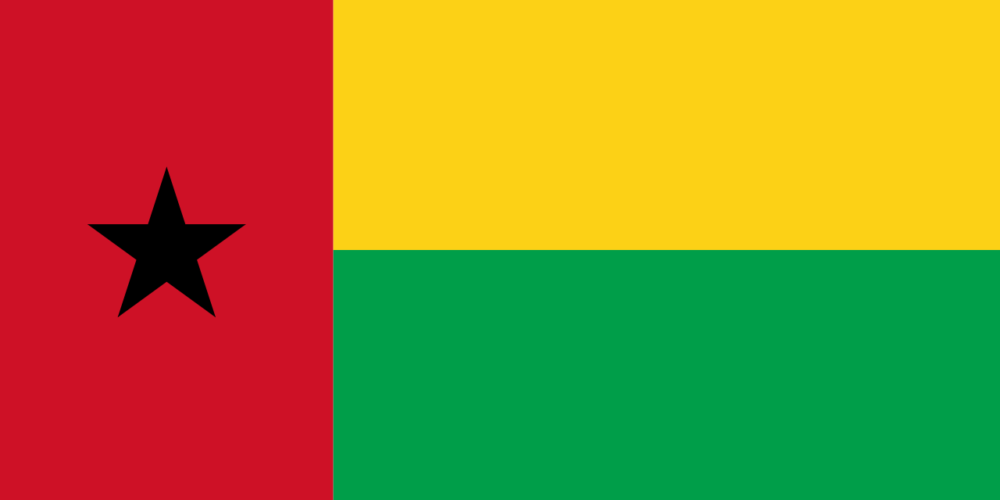 The Republic of Guinea-Bissau gained independence from the Portuguese, the capital city being Bissau, the official languages of the country are Portuguese and Upper Guinea Creole. The major population comprises of the Balanta tribe. The 14% of the people of Guinea-Bissau speaks the Portuguese language where 44 PC speak Crioulo language. Islam is the religion of majority population. The national flag of Guinea-Bissau was adopted shortly after independence on September 24, 1973, by the government when it gained Independence in the same year from Portugal. The national flag of Guinea-Bissau has a ratio 1:2 and it has one vertical red line that also features a black five-pointed star placed on the side when it is hoisted. There are two additional horizontal bands or color stripes i.e. yellow and green colors. 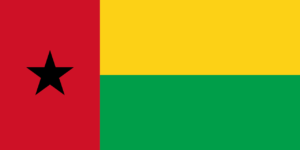 The national flag of Guinea-Bissaucomprises of a black star that is five-pointed followed by the three colors of red, yellow, and green. The black five-pointed star on the left side indicates the unity of the African tribes. The horizontal yellow band means sun, the green shows the hope for the nation, and the red color is adopted from the Pan-African colors that represent the bloodshed and the sacrifices made by the freedom fighters and farmers for Independence. The national emblem of Guinea-Bissau also has a black star that is also a traditional legacy of the Pan-African heritage with a red background. It also features three mottos of the country i.e. Unidade, Luta, Progresso.

You may also learn: National Flag of Guinea

The national flag of Guinea-Bissau was derived from the party flag of PAIGC and that of Ghana, it was also the first of the design of Pan-African colors in 1957. The red, yellow, and Black were mainly taken from Pan-African traditional colors, the black star is a traditional African star, the rest of the colors are made from the flag of Ghana. 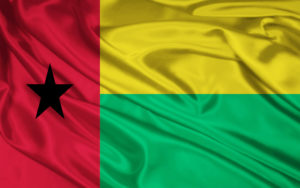 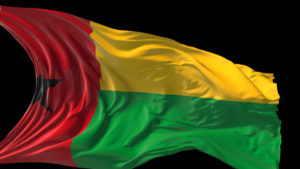