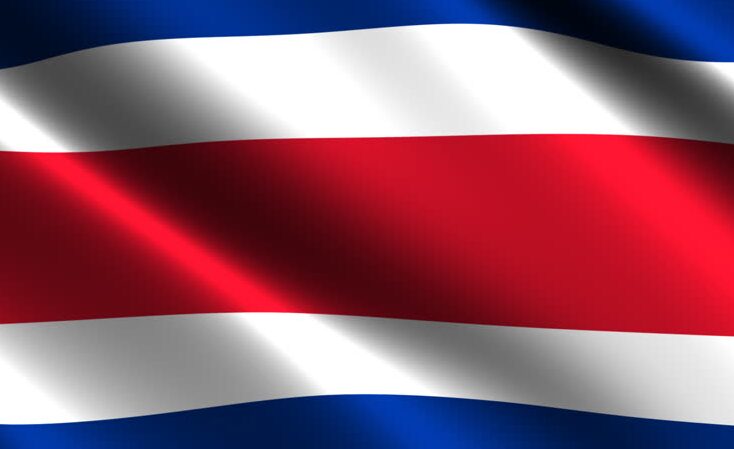 The national flag of Costa Rica with the horizontal stripes blue, white and red, has received many small modifications since its introduction in 1848. It was until 1906 that it was officially adopted. This is the current flag.

The first was the flag of Spain decreed by Charles III (1786-1821) and the second was that of Mexico (1822-1823), decreed by Generalissimo Agustin de Iturbide. In 1823, after its separation from the Mexican Empire, Costa Rica adopted a third flag, which was white with a red six-pointed star in the center. In 1824, when adhering to the United Provinces of Central America, Costa Rica adopted as its fourth flag the federal flag, which was inspired by the flag of Argentina and had three horizontal stripes, blue the lower and the upper and white the center. In 1840, two years after the separation of Costa Rica from the Central American Federation, Chief of State Braulio Carrillo Colina decreed a new flag, the fifth of the country, with three horizontal stripes, the bottom white and the upper blue and blue center. Between 1842 and 1848 the blue and white flag of the Federation was again used. The sixth flag is the current tricolor, white, blue and red, was designed in 1848 by Pacifica Fernandez Oreamuno, wife of President Jose Maria Castro Madriz, who was inspired by the flag of France.

Do you know about the National Flag of Congo?

It is interesting to know the meaning of the flag of Costa Rica since many times we can appreciate it but we do not really know what the true meaning is. In this article we will see the information related to it so that you know this data that at some point you possibly may need it.

In an abstract way, that is to say from a non visible but sentimental form, we could define the meaning of the flag of Costa Rica as a patriotic symbol that represents and differentiates the inhabitants of this nation before the world; In other words it is a symbol that most represents the national identity anywhere in the world, as it is known by everyone in any part of the world there is always a Costa Rican.

It is also a symbol of independence and sovereignty, because each country has an independent territory and therefore must show a symbol that differentiates it.

Physically the meaning of the flag of Costa Rica is defined as a parallelogram that is composed of five stripes interspersed by the colors blue, white and red. The first two stripes (blue, white) are the same size as the last two (white, blue) and the center that is red is twice the size of the previous ones.

Many people also wonder about the meaning of colors and why they are located that way, well, as for the colors we see on the flag, each of them has a different meaning that is actually interesting to know. The meaning of the observed bands is as follows:

The blue color that appears in the stripes of the beginning and the end represents the color of the sky that covers Costa Rica, also represents the ideals or aspirations to create a nation in which there are many opportunities available to all; In addition it is also a color that represents freedom of intellectual thought, perseverance to achieve the goals and ideals proposed, as well as religious and spiritual desires.

The white represents the goodness of peace, the peaceful image of which Costa Rica is a nation in which its inhabitants always seek peace before everything, since this is a country with very low rates of violence in the world. White also means the thought, wisdom, happiness, power and beauty of heaven, the human force that drives initiatives in search of new efforts.

The red color at the center of the flag is a little bigger, it represents the blood of people united for freedom and independence of the homeland, also means the love for life, its bloodshed for freedom , And the generous attitude towards seeking a generous nation where people can help each other as brothers.

We hope this information is very useful and do not forget that it is important to know what each of our symbols mean, since we must identify with them. 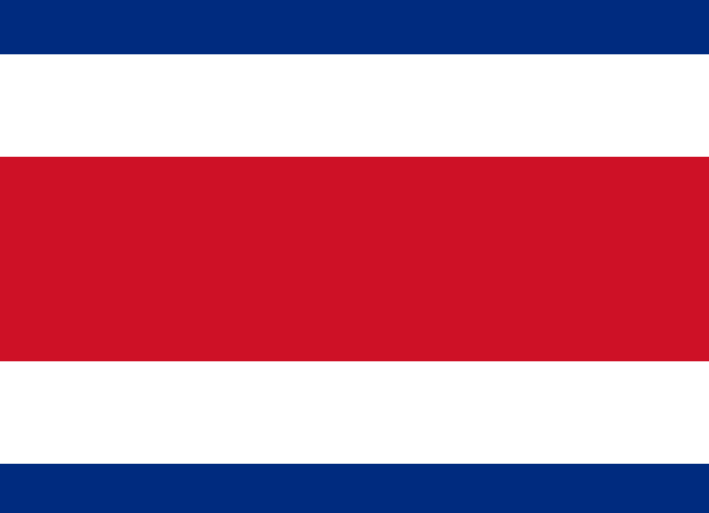 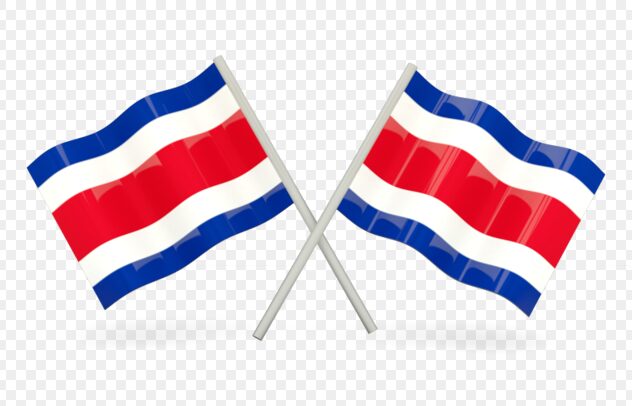