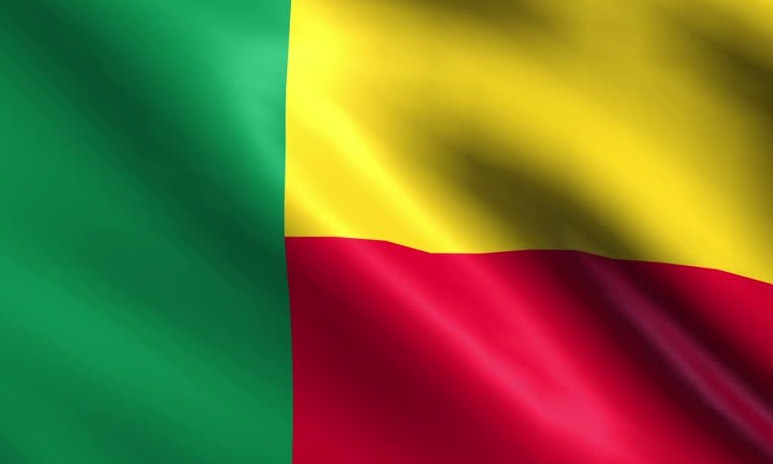 The national flag of the Republic of Benin is official since 1956, and then changed in 1975, to undergo a final change in 1990 after the fall of communism in the country. As many of the African flags carry Pan-African colors, the national flag of Benin consists of three stripes – a green vertical that represents hope for African peoples, then carries two horizontal stripes alongside the vertical, one is red which represents the courage shown by African peoples and the third upper fringe is yellow representing abundance. The flag that was used until 1990 was green and had only one red star in the upper right.

The national flag of Benin consists of three different colors; the colors are the traditional Pan-African, which are green, yellow and red; Green symbolizes hope, yellow represents wealth and red represents courage.

The original design of the national flag of Benin was created in 1959 but was changed during the acceptance of the Marxist regime in 1979. On August 1, 1990, the old design was put back in place after the suppression of the Marxist Regime.

Do you know about National Flag of Belize ?

Little is known about the history of northern Benin. In the south, according to oral tradition, a group of the Adja people emigrated during the 12th or 13th century to the east of Tado, on the Mono River, and founded the city of Allada, which became the capital of Gran Ardra, A state that reached its maximum power from the beginning of the 16th century until the 17th century.

The dynastic disputes between three hereditary princes in 1625 led to the dismemberment of the kingdom, Kokpon remaining as king of Great Ardra, while another brother, Mai-Aklin, founded the city-state of Abomey, and the third, Agdanlin, founded the city Of Ajatche or Little Ardra (called Porto-Novo by the Portuguese merchants). The Adge of Abomey organized a kingdom strongly centralized and supported by a professional army. Over the years, they were mixing with the native population of the region giving rise to the ethnic group known as dahomey.

At the end of the seventeenth century, the main economic activity of the dahomey was the slave trade. They made their incursions among the neighboring towns, capturing people who sold as slaves to European traffickers. Throughout the eighteenth century , it is estimated that they were about to sell about 20,000 slaves a year, mostly from Great Ardra and Ouidah , located in what was called the Slave Coast . To establish direct contact with the European merchants, King Agaja of Dahomey ( 1708 – 1732 ), began the practice of using women as soldiers, and conquered the majority of the south (except Porto-Novo). This expansion led the Dahomey to confront the powerful Yoruba kingdom of Oyo, which subdued Abomey in 1738 and forced the dahomey to pay an annual tribute, a tribute that remained until 1818. However, until the late nineteenth century, Dahomey continued to extend his rule and continued with slave trade, despite efforts by Britain to end it.