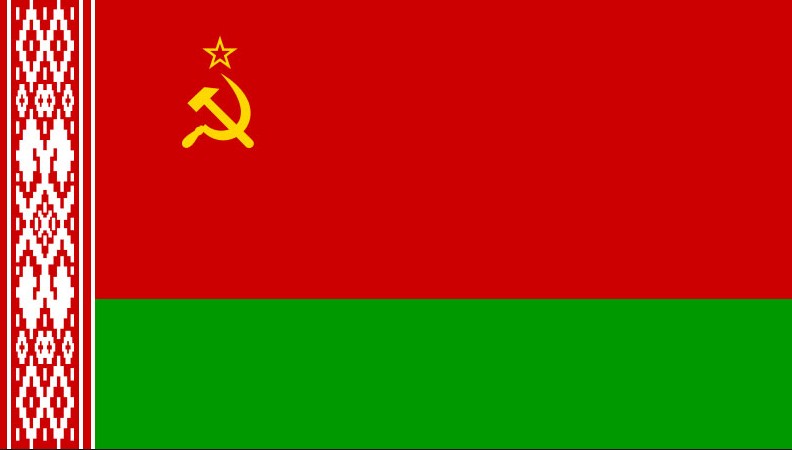 Flag The National Flag of Belarus is a rectangular cloth consisting of two longitudinal stripes: a red upper strip and a green lower strip that occupy two thirds and one third of the width of the flag, respectively.

The flag of Belarus was officially adopted on June 7, 1995, following the results of the plebiscite held the previous month.

The design of this flag corresponds to a modification to the flag that used the Soviet Socialist Republic of Belarus between 1951 and 1991, year in which the independence of Belarus was proclaimed and a flag was established.

The independence banner was abolished in 1995, but is still used by groups opposed to the Belarusian government of Alexander Lukashenka, who also consider the referendum as illegal.

The red color of the flag represents the historical past of the country, being the color used by the Belarusian militias during the battle of Grunewald and of the Red Army that fought in the Second World War.

Do you know about National Flag of Barbados ?

Green represents the future of Belarus and the country’s forests.

Next to the flagpole is a decorative design created in 1917 by Matrena Markevich and used to decorate flowers and plants. This motif is also woven for traditional decorative towels known as rushniks. This symbol represents the culture and unity of the Belarusian people. This decoration symbolizes the cultural past and the current unity of the country.

The official website of the Presidency of Belarus defines the design of the flag as follows: The flag of Belarus, which is a symbol of state sovereignty, is composed of a rectangular cloth formed by two longitudinal stripes: colored red and green bottom, corresponding to two thirds and one third of the width of the flag, respectively.

The pattern is of a traditional type commonly used in Belarus which is derived from local plants and flowers.

These patterns are sometimes used in clothing, but can be seen mainly in the traditional rusnik, a towel that is used in religious services, funerals and other social functions.