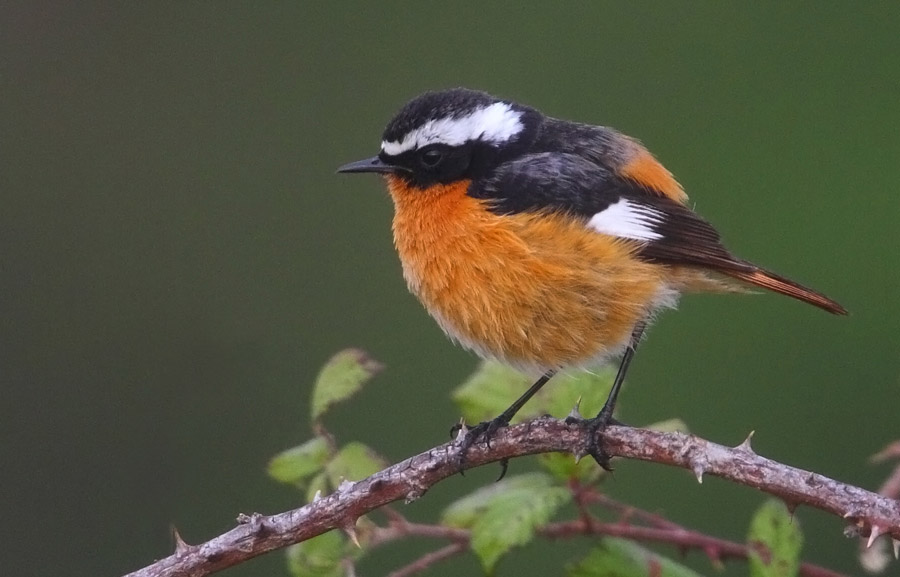 The national bird of Morocco is Moussier’s redstart. It was declared the national bird in 1996 and is an important symbol in Morocco’s coat of arms. The Moussier’s redstart is a small bird that is abundantly found in the North Western African region and Morocco in particular. Their population is unknown. Still it is believed that they are least concerned species, and they are decreasing at the rate of 5% every ten years. The Moussier’s redstart belong to the phylum chordata and class Aves. Their genus is Phoenicurus and belong to the species P. moussieri, their binomial name is Phoenicurus moussieri, the binocila name was given in 1852.

They are smaller species of class Aves, their average length from crown to tail is 12 cm, the average weight of a wild Moussier’s redstart is 14-16 grams. They are diverse in coloring, they have black upper part of the head, white stripes on both sides of the wings, the wings are mostly black with white linings. There is a strip of white pigments on the head. The tail is long and brownish black. The breast and lower part of the body consist of golden or orange-red pigments. The females are somewhat different in color, they have a pale yellow head color as compared to the blackish male head.

Do You Know Swan is the National Bird of Ukraine ?

The Moussier’s Redstarts which is the National Bird of Morocco are expert flycatchers, their body and small size enable them short but swift flights to catch small insects and flies. Apart from the bills, the feet of Moussier’s Redstarts are dark gray with black coloring. The beak area is pitch black, the eyes are dark brown with dark circles around them. Moussier’s Redstarts have extremely high-pitch sound, they chirp iipiip followed by trr-rr-rr as their first call. They have more than 50 combinations of calling that may start with a soft melodious sound to a high-pitched one.


Habitat: Moussier’s redstart mostly live in African region that is dry and rugged. They mostly live under 3000 meters below the sea level in coastal areas, large plateaus, orchards, and lowlands of Morocco. They feed on insects while flying, they hunt while sitting on tree branches and bushes and wait for the prey. Some of the Moussier’s Redstarts are found digging the soil or diving into the water to locate the victim. Apart from insects, flies, and larvae, small berries and fruits are part of their essential diet. 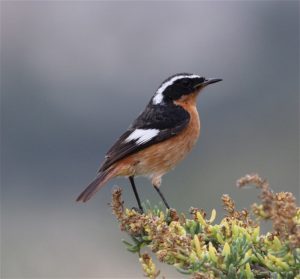 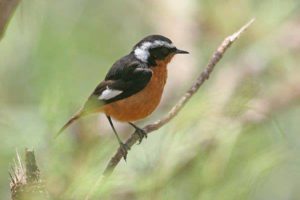