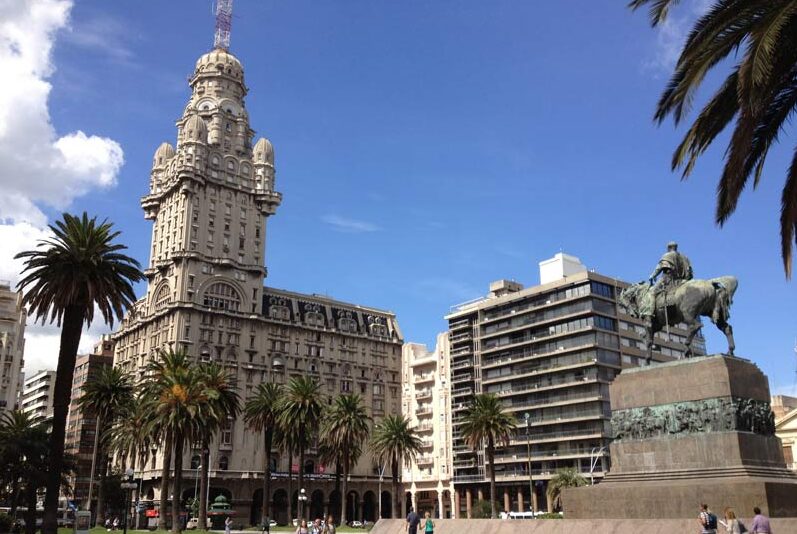 Montevideo is capital  city of Uruguay located on the banks of the Rio de la Plata . It is the youngest capital of Latin America and was founded between 1724 and 1730 by the Governor of Buenos Aires , Don Bruno Mauricio de Zabala . It was born for strategic reasons of the Spanish Crown, that sought to consolidate there the second strong place of America, the first one was Cartagena de Indias . It was consolidated as a military stronghold on the disputed border between Spain and Portugal . It is a contemporary metropolis that brings together a high proportion of economic activity, commercial exchange and services.

History
Montevideo began its founding process in 1724 . It arises for reasons of defense of the Spanish Empire in an area of ​​permanent litigation with the Portuguese that already had settled in Colonia of Sacramento, against Buenos Aires in 1680 . Montevideo maintained throughout its history a close relation with the port, accentuated by the creation, from a real order, of Naval Apostadero with jursdicción in the totality of the South Atlantic towards 1776 and consolidated years later by the own Bourbon policy .

Do you want to know about Capital City of United Kingdom?

In the peninsula the Spaniards implant the so-called Fuerte Grande and a plot of six manzanas in the northwest zone, covered by inclement weather and near the bay. The enlargement to 32 manzanas confirms the original checkerboard oriented towards middle directions without major space limitations.

In this first stage Montevideo had only 267 inhabitants, and the establishment of the first Cabildo, date of the legal foundation of the city and culmination of the founding cycle does not substantially modify its precarious characteristics.

The initial tissue, which is extremely open, with a disorganized and dispersed soil occupation, is consolidated by the predominance of the primary elements. In the first instance, the defensive works, the citadel and the walls, which began to be built in the 1940s, definitively delimited the peninsula and come to distinguish the city in such a way that it can be called “fortress city”. 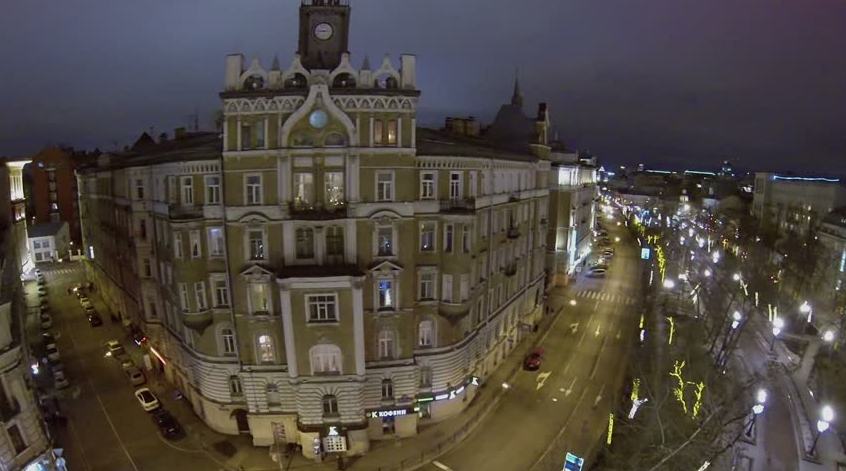 Once built by the walls, the population center begins to densify rapidly. From the simple awning to the ranch, to the sloping roof housing with a greater occupancy of the U-shaped or L-shaped ground, you will arrive at the type of housing patio with roof of roof of clear Canaria influence. This began to predominate towards the end of the eighteenth century and began a re – qualification of the tissue with a high use of soil, an introverted way of life and a definition of corridor street until now considered only a residual space. At the beginning of the nineteenth century the first regulations of the cabildo referred to the building, as for the maintenance of the façade line and establishments of easements contribute to this new form of the city.

Economic development
Various crops are important such as fruit trees , vegetables, vegetables for the consumption of the department and flowers and decorative plants.

Forage is cultivated, grazing of dairy cows is carried out and pigs, cattle and poultry are reared. Beekeeping is well developed. 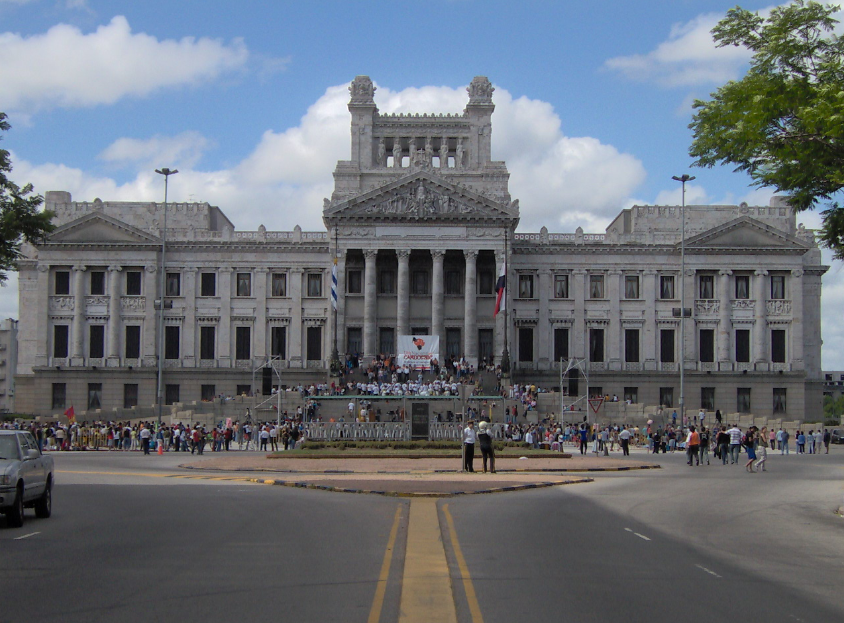 On the outskirts of the city there are also granite quarries, ballast and sand exploitation for construction. Montevideo concentrates most of the country’s industrial and energy consumption efforts. Has a refinery oil in Teja, also with fridges and a variety of industrial activities: breweries, wineries, thermal energy production plants, factories matches, footwear, cement, portland, soap, oil, etc.

Fishing allows the supply of the city, with species such as hake, brook, corvina and pejerrey. It owns a very deep and ample port, that by its commercial movement is among the first of South America. In addition the city and its suburbs enclose great variety of industrial establishments.

Uruguay is essentially a tourist country. For its natural beauties, for the special conjunction of its climate and geography, by vocation of its people. And Montevideo , far from being alien to this, is one of the points of greatest interest and most required by tourists.

The development of the tourism industry has received an essential push in recent years, reinforcing the services and areas linked to the sector, enhancing the natural resources and the idiosyncrasy of the population to receive the increasing flow of visitors arriving at these coasts .

Regional Integration
Montevideo is located in a neuralgic point of Mercosur’s geography , whose geopolitical relevance can be further enhanced if important regional interconnection works are carried out, such as the Santiago-Buenos Aires-San Pablo roadway, the Colonia -Buenos Aires on the Río de la Plata and the Paraná-Paraguay waterway.
Related Posts: