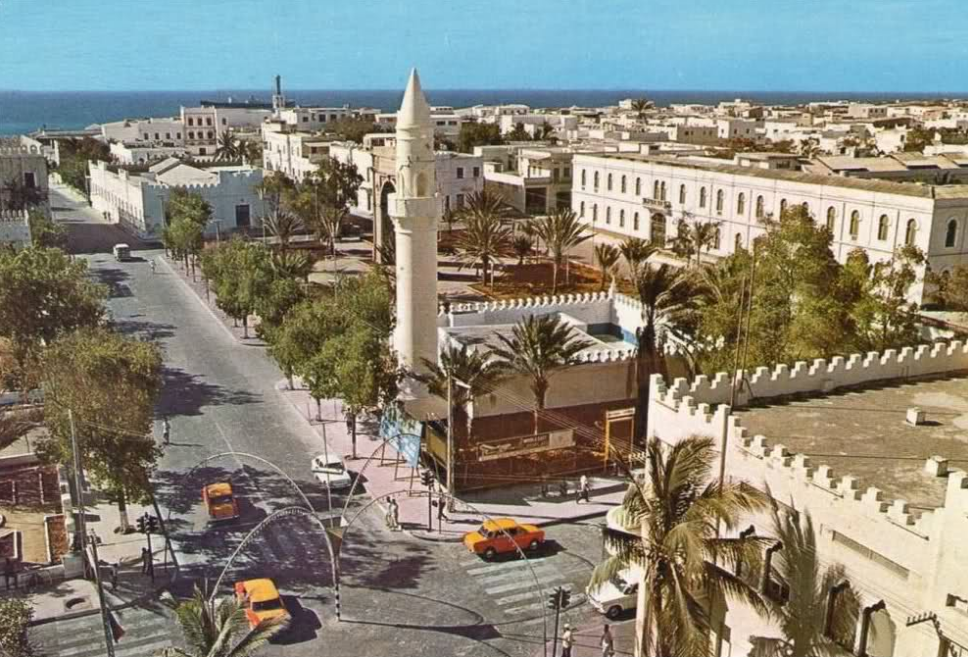 Mogadishu is the capital city of Somalia , as well as the Benadir region. It is the largest and most important city in the country. It is located to the south-east of the Somali territory, it stands out at national level as it is the metropolis that houses the largest number of inhabitants. It is also known under the names Muqdiso (or Muqdisho) and Mogadishu. Both Mogadishu and the country are divided into areas of clan-led influence.

History
The capital of Somalia has a history of more than 1,000 years; Was founded in the 10th century by a group of Arab and Persian merchants and merchants. Mogadishu thus became one of the earliest Arab settlements on the East African coast, and by the time of the thirteenth century, it was thanks to its port domination, responsible for a prosperous commerce. The decline began in the sixteenth century when the port fell under the control of the Sultan of Zanzibar and, later, of Italy ( 19th century ). In 1960, Mogadishu became the capital of independent Somalia. The difficult economic situation in the whole country ravaged since the late eighties and the brutality of the dictatorship that led the rebellion and slightly rebelled several guerrilla constituted by different clans such as the USC (United Somali Congress) government Mohamed S. Barre. Then a civil war began between different fractions that almost led to the dissolution of the country, forced in 1992 to UN intervention. The capital was almost deserted. In 1995 UN troops left the country after the failure of its operation and President Mohammed Farah Aidid, who died the following year proclaimed.

Geography
Northern Somalia is crossed by a mountain range that runs parallel to the northern coast, where the highest point in the country, Surud Ad, is 2,408 m. The south and the interior are formed by a plain plateau that descends from the Ethiopian massif to the Somali coast, occupied for the most part by a coastal plain in which the only orographic reliefs are some dunes .

Mogadishu is located southeast of the Somali territory, just north of the equator, on the coast of the Indian Ocean .

Do you want to know about Capital City of Solomon Islands?

The climate of Somalia is usually very arid, with little precipitation and high temperatures, especially in the summer months where the maximum temperature values ??are reached, which are barely moderated by the sea due to the trade winds , Which run along the Somali coast.

The predominant flora in the vicinity of Mogadishu is typical of steppe areas, with thickets and scattered grasses. The most abundant tree species are the acacia and the incense tree .

Economic development
The economy of Mogadishu is based on trade and the development of agricultural activities; The industry is scarce. It owns oil refineries and uranium mines , and produces prepared foods. It is the main port of the country

Those travelers who are drawn to exotic destinations where landscapes combine with historical treasures, will find in this town that was founded in the tenth century by a group of Arabs, an interesting site worth visiting. Before choosing between a walk on the beach or a tour of the city center to visit its markets, it should not be forgotten that Mogadishu is picturesque but somewhat dangerous.

The international airport is 7 km from the center of Mogadishu. Bus services – when they exist – do not have a fixed schedule. Taxis are available at the exit of the different airports in the country.

do you want to know about

Among the sparse artistic heritage of Mogadishu are its 13th-century mosques and a cathedral built between 1925 and 1928 .

The Somali craftsmen are distinguished by their fine carving of the woods and the work in leather , especially in the production of certain types of light footwear.

The two official languages ??are Somali and Arabic . Also speak Swahili and Italian .

Almost the entire population (99%) is Muslim ( Sunni ). There is a Christian minority (mainly Catholic ) and animist .

The only festivals that are celebrated in Somalia today are the religious festivities marked by Islam .

Illustrious people
Perhaps the most famous character in Somalia’s recent history is Muhammad Aidid , leader of the Somali militia who held control of the capital for more than a year. The US deployed a considerable number of elite troops to capture it; Aidid held them in check for several days and was responsible for the US military having to withdraw in one of its biggest military failures in recent years. Shortly after the UN left Somalia and Aidid self-proclaimed president.