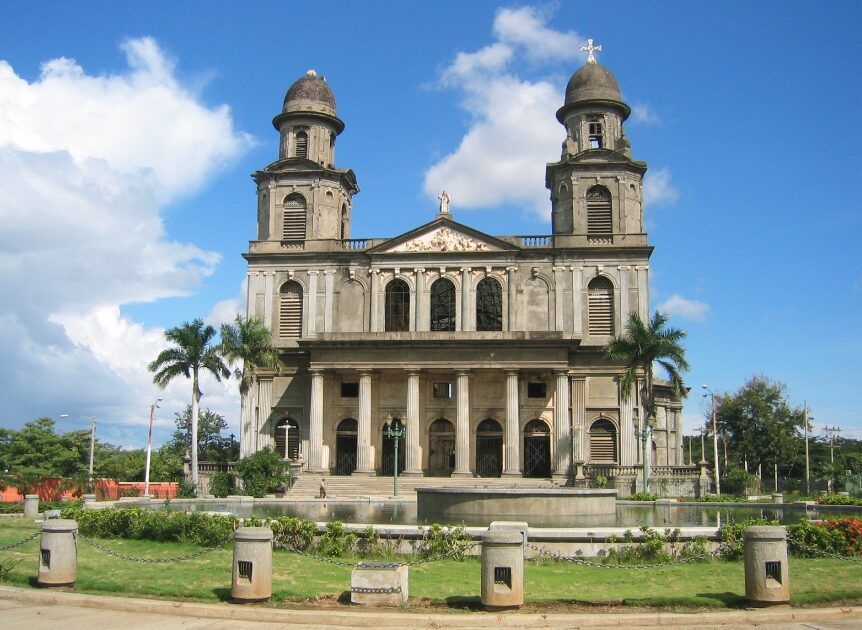 Managua . It is the capital city of Nicaragua , the surface of Managua is of 3,672 km2 and counts approximately with 1,262,978 inhabitants. It is located on the southern shore of Lake Xolotlán, with an altitude of 82.97 meters. Above sea level and an annual average temperature of 27.5 ° C.

Its name, according to some historians, comes from a Nahuatl voice that means “where there is extension of water”; According to others, comes from the Nahuatl indigenous word “Manahuac”, which means “surrounded by pond.” This second interpretation defines the city with just right, since Managua is surrounded by lagoons and is located on the shores of Lake Xolotlán, at whose western end rises Momotombo volcano.

History
It is located on the southern shore of Lake Managua or Xolotlán. It is the capital of the Republic of Nicaragua from the 5 of February of 1852 . Formerly, the capital was shared by the cities of Leon and Granada. Managua already existed from pre-Columbian times along the lake from the peninsula of Chiltepe to Tipitapa. In 1819, by a Royal Decree of King Ferdinand VII of Spain , he was elevated to a villa entitled “Leal Villa de Santiago de Managua” for having remained loyal to the Spanish government during the pro independence outbreak of 1811 in Nicaragua . The 24 of July of 1846 was elevated to city with the name of Santiago of Managua.

Do you want to know about Capital City of New Zealand?

If you look from the surrounding hills, you see only trees, for most of the buildings are single-storey, and are covered by the abundant vegetation of Managua; Only a few buildings exceed the trees and in particular the Bank of America, the tallest building in the country.
Managua, is perhaps the only country capital, You can feel in the countryside being in that city. Another curiosity of Managua is its address system: some streets have names, but no one knows them, they are located with the cardinal points, starting point of reference
Known: where was the Tree, one block to the Lake, and 25 upstairs ( Above is the East, down the West, the Lake is towards the North, only for the South the usual word is used) 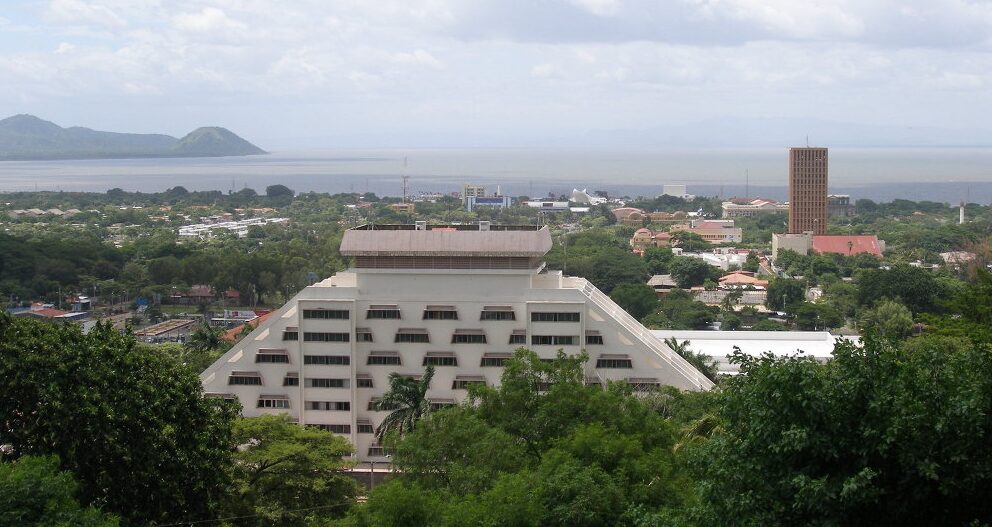 Lake Managua, younger brother of Lake Nicaragua embellishes the city, giving it the appearance of a port. This topography assures a promising future tourist to Managua, if it is possible to rescue the shore of the Lake, and if it is conditioned for the tourism. Let us hope that over time the Managua (inhabitants of Managua) rediscover their lake. Until the last century, Managua was a town, and grew rapidly after being elevated to the rank of Capital in 1852 , as a result of a competition for this role between Granada and Leon. For that reason, it has no colonial neighborhood, nor has it. 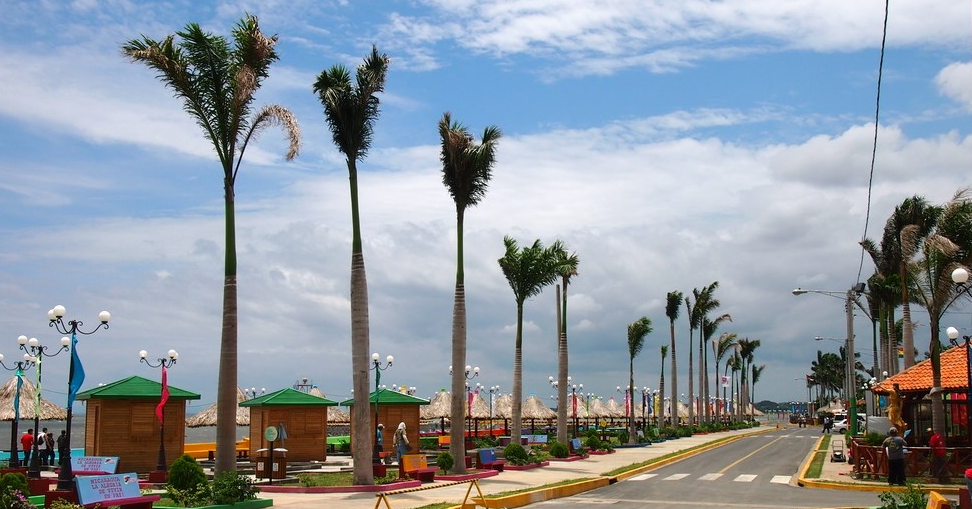 Officially known as the Augusto C. Sandino Pedestrian Walk or known as Roosevelt Avenue or Avenue of Commerce and to a lesser extent, as the old Central Avenue is a pedestrian avenue located in the historic center of Managua, Nicaragua from north to south. The avenue, named after the Nicaraguan “National Hero”, Augusto César Sandino , also known as “the general of free men”, was inaugurated by the plenary of deputies of the National Assembly, after installing the XXVI legislative period.

During the opening ceremony of the new pedestrian promenade came family members as well as Sandino and the poet Rubén Darío , known as “the Prince of Castilian Literature and Father of Modernism”. The pedestrian street has only 13 blocks and starts from the historic Loma de Tiscapa on the 9th Southwest Street in the old Monument to Roosevelt, now called Soldado Monument or Non-Aligned Square ending at the intersection with the 3rd Southwest Street near The National Assembly building and the Plaza de la Revolución, a place where it was once a must-see reference to the rise of a modern city with its own advances,
Related Posts: