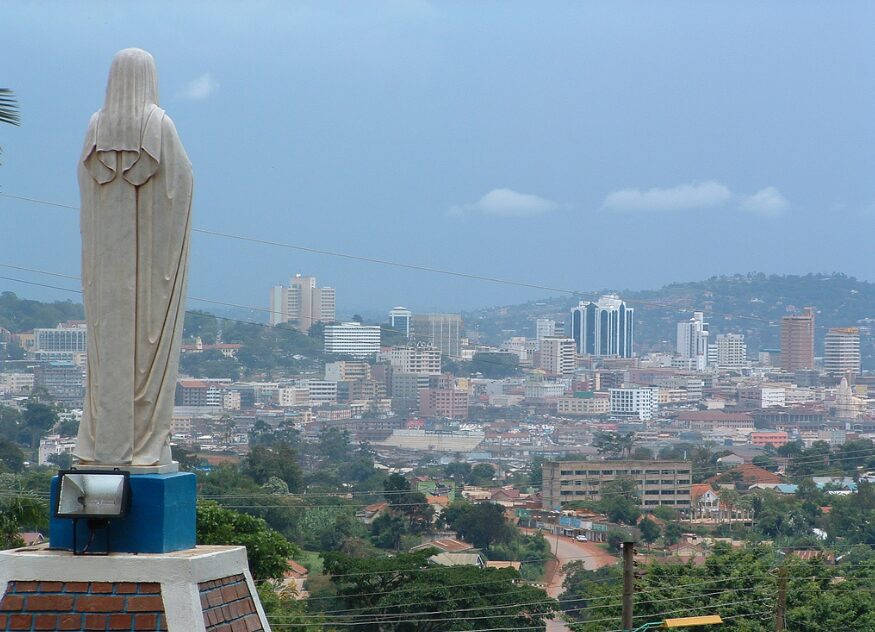 Kampala is the largest and capital city of Uganda , located on the northern shore of Lake Victoria and with an approximate population of 1,504,400 inhabitants (2003). It is located to the south of the Republic, between hills and to about 1,200 ms of height above the level of the sea. 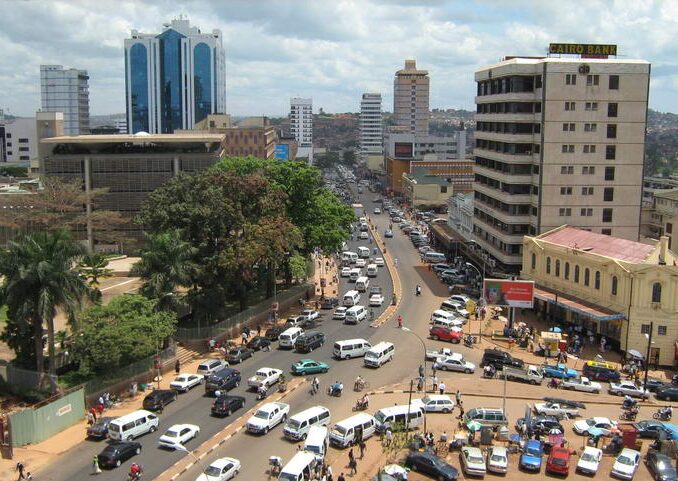 History
The origins of Kampala are lost in the history of the ancient kingdoms of Buganda . In the early years of the twentieth century was designated as capital of the British protectorate of Uganda because a few years earlier, in 1890 was selected by Captain Frederick Lugard as headquarters of the British East African Company. After the invasion of Entebbe was submitted to this until 1962 ; That year in the country gained its independence and proclaimed to Kampala like its state capital.

Do you want to know about Capital City of Turkey?

The city suffered important material damages in the course of the civil confrontation that accompanied the overthrow of Idi Amín Dada .

Geography
Kampala is a fairly large urban sprawl that stretches between the north shore of Lake Victoria and an undulating hillscape. Its vast area comprises the ancient capital of the Kingdom of Buganda. It is located at 1,200 meters above sea level.

Kampala is located in the fertile valleys of southern Uganda, practically in the middle of the northern shore of Lake Victoria.

The Ugandan climate is very warm throughout the year, with little thermal fluctuation (temperatures always remain between 20 ° and 25 °) and abundant rainfall, which are distributed in two wet seasons and exceed 1,800 mm annually.

Uganda is a country of great scenic beauty. Kampala is settled on the same sources of the Nile and Lake Victoria is the greater mass of water of the whole African continent.

Population
With 84 inhabitants per km2 Uganda is one of the most densely populated countries in Africa . In Kampala and its surroundings the majority of the Ugandan population is concentrated. The capital has an approximate population of 1,504,400 inhabitants (2003).

Economy
It is the main commercial and cultural center of the country, it has a port on the shore of Lake Victoria to 10 kilometers, Port Bell . The industrial district is located near the port of Port Bell and is dedicated to the production of mechanical constructions, textiles, plastics, oils and tanned. 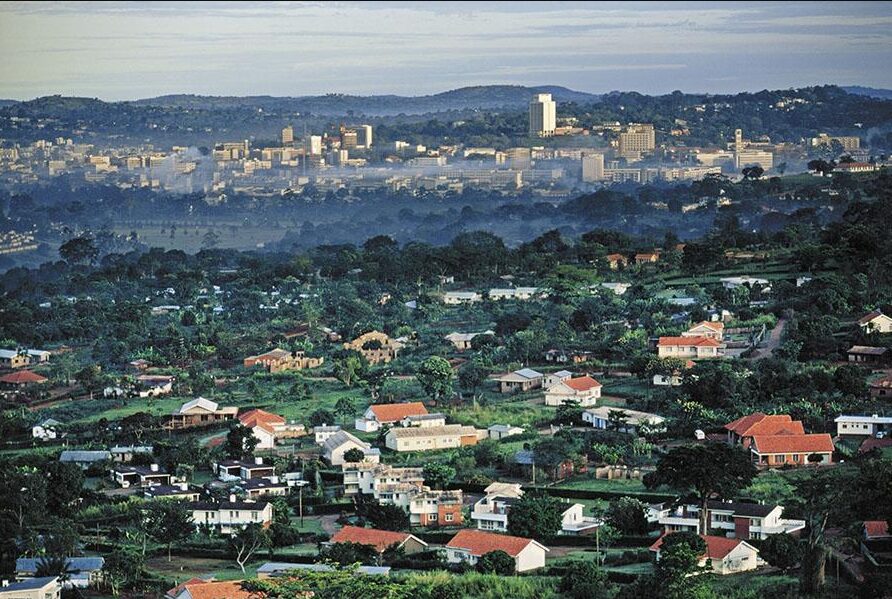 The agriculture has great weight in the economy, its leading products are tea , the coffee , the sugar cane and, in general, fruits and vegetables . The trade focuses on cattle and leather .

There is an international airport in Entebbe , about 35 kilometers away. In the airport you can count on Restaurants, duty free shops, Exchange Offices, Post Office, car rental companies and office for hotel reservation. There is no tax of embarkation to leave the country.

Kampala offers the possibility of a large number of recreational activities such as the rafting of the White Nile rapids that allow you to enjoy the landscape of forest islets that suddenly arise and from the view the hippos , crocodiles or monkeys seen during the journey.

Transport
It is linked by rail to the Kenyan port of Mombasa . Entebbe International Airport is about 40 km from Kampala and has a taxi and bus service .

Health
According to the 2004-05 survey conducted by the Ministry of Health, Kampala has the highest rate of HIV infection . 9.2% of adults are infected, a rate that triggers 47% in terms of sex workers.