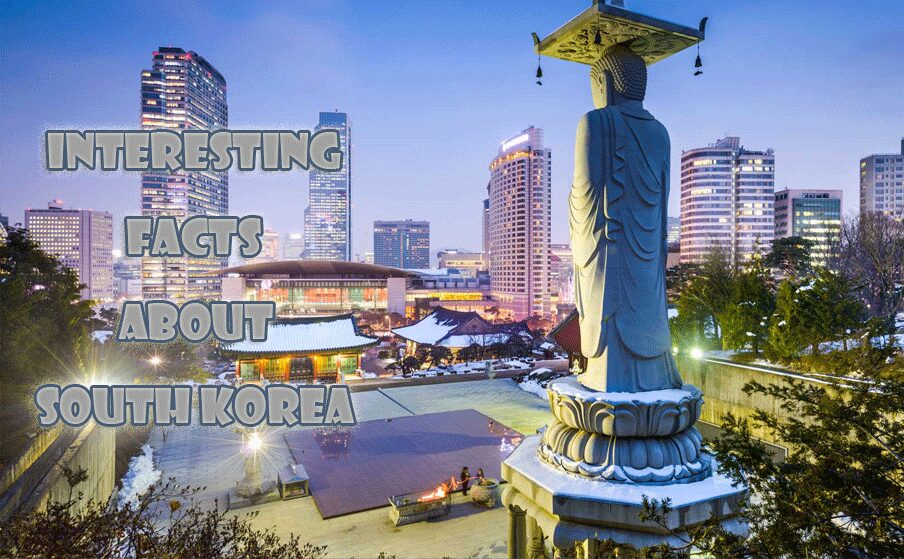 1-You will have seen it in a thousand dramas. In Korea it is rude to refuse alcohol if someone offers it to you, especially if this person is older than you, much more if you are an elderly person.

2-Alcohol seems to be something really important. In Korea it is usual that when the boyfriend meets the father of his partner, he challenges him to “drink”. It is said that, if the boyfriend wins this competition, he will have the father’s permission even if he does not like it. The father is usually the one who prepared the “soup of the hangover” for later. The most consumed beverage is Soju, which is obtained from fermented potatoes.

3-If you want to indicate to a Korean that approaches with the hand you must do it with the palm downwards, that is to say, in the opposite way to us. Keep this in mind … the wrong gesture means that you are comparing the person in question with a dog.

4-Korea is the country with the highest internet speed in the world (20mb / s) surpassing even Japan.

5-Seoul is an extremely large city. So much so that it is home to 50% of the total population of Korea. This is because the rest of the cities are very small, especially because the Korean peninsula is very mountainous and there are places where it is really difficult to make a city grow.

6-Do you think that having a credit card is the future? You should know then that 63% of Koreans pay with their phone, whether in stores or, for example, on buses.

7-Although they are more open than in other Eastern countries, in Korea to give kisses or hugs in public is frowned upon (yes, it is something that desperate many lovers of dramas). However, this is not the case of a relationship between friend-friend or friend-friend.

8-The relations of friends in Korea are much closer to the West. Friends are usually like brothers and, usually, they are usually so close that Westerners can even take them for homosexuals, but that is not the case.

9-In Korea there are specific places for women and only women can park their car.

10- Here we say that every time we have more strange food, but in Korea it is very normal to find snacks with flavors such as “octopus” or “shrimp” 11- 1000 won are approximately 90 cents of a dollar.

12-Sexual harassment is penalized in Korea. The fines for this range from 1000 to 2000 euros, or two years in prison in case the other person is a minor.

13- Normally the Asian cultures go around a lot before telling you a no … but it’s not like that in Korea. If someone says “Shiro” and crosses their hands in front of you, be clear that something you did not like, or that you do not want to do what you asked for.

14-Depending on the time of year there are some fruits, such as avocado, which are much more expensive than a piece of meat.

15- Meat, although present in Korean food, is much less common than at our table to the point that there are people who cannot afford it. That’s why, for example, eating Korean beef can be really expensive (for them at least).

16-It is well seen that women show their legs (usually wear pants or skirts very short) but it is frowned upon that a girl shows the shoulders or cleavage.

18-It is also impolite to blow your nose in public, however do not spit on the street or urinate in case you are male.

19-There are Korean agencies that are dedicated to modify the photo of the passport / passport so that you get more handsome.

20-In 2005, almost half of the South Korean population expressed no religious preference. Of the rest, most were Christians or Buddhists; According to the 2005 census, 29.2% of the population at that time was Christian (18.3% Protestants and 10.9% Catholics) and 22.8% were Buddhists. Currently the Christian religion is the predominant in the country.

21-The Korean mafia has the name jopok.

22-Korean food is very varied and the seasoning (with spicy flavor) is very important. The advantage is that food, in general, is very low in calories, since it has its main elements in vegetables.

23- The Kimchi is recognized as one of the healthiest dishes in the world.

24- A Korean will NEVER greet you with a kiss, this can lead to misunderstandings even if you put an emoticon of this type in a conversation with one of them. They greet each other with reverences of different times depending on how respectable the person is.

25-In the Korean bars no tip is given, the reason for this is that they already charge 10% more for this.