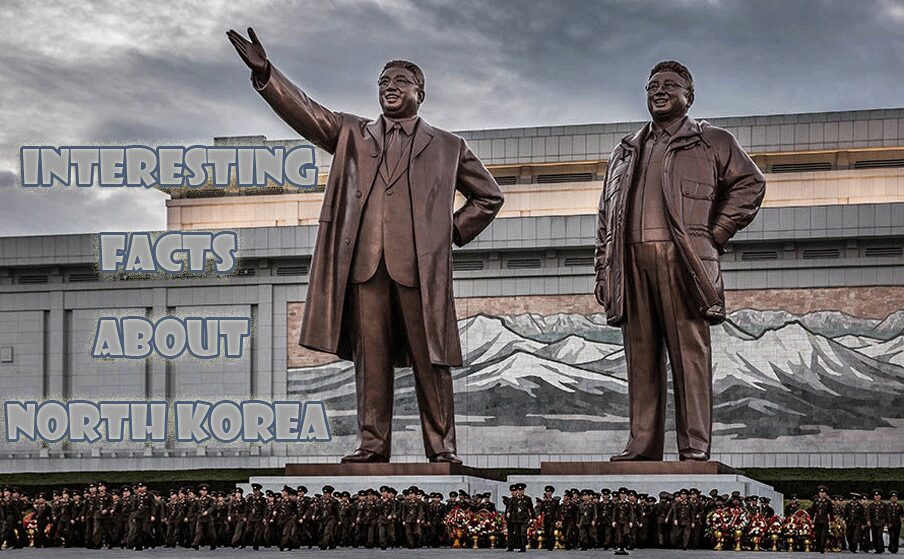 North Korea and South Korea have officially been at war since 1953 since the peace treaty has never been signed.

2) Although few go, you can travel to North Korea

Only between 2000 and 3000 Westerners visit North Korea every year, while it is between 20,000 and 30,000 Chinese citizens who also do so. I have already described how it is a trip to North Korea .

Rate North Korea’s literacy rate is 99%. Being one of the highest in the world.

Although North Korea has a public health system, the life expectancy index is only 67.3 years.

5) You cannot enter with mobiles

If you visit North Korea you will seize the mobile phone for national security issues and they will return it when you leave the country. The citizens of the country can use mobile phones but not to call outside the state.

In North Korea there is no access to the global Internet, only to a large Intranet within the country itself.

Economy The economy of the country is almost totally directed by the government, so practically all the companies belong to the State. The Central Planning Committee prepares, supervises and implements the economic plans, while the General Office of Industry of each region is responsible for directing the factories, producing and selling.

8) More than one party

In the State of North Korea there are three political parties.

In North Korea there is no advertising of goods or services, only government propaganda posters fostered work and / or communism.

10) There is the largest stadium

The Rungrado May Day Stadium, which is in Pyongang, is the largest in the world. It has a capacity of 150,000 people.

North Korea has the fourth largest army on the planet with more than 1 million soldiers. This makes it proportionally the most militarized state in the world, since it is estimated that 20% of men aged 17-54 are soldiers. It is only surpassed by China, the United States and India.

12) Great investment in the army

According to the North Korean government itself, almost 16% of the country’s GDP is the army’s budget.

The body of Kim Il Sung, creator of the current North Korean political system and father of the recently deceased Kim Jong-il, is embalmed and can be visited in Pyongyang, the capital of the country. Other mummified politicians.

As it happens in other Asian countries, leaders Kim Il Sung and Kim Jong-il are revered almost as gods.

The philosophy created by Kim Il Sung and that politically governs the country is called Juche . This philosophy advocates self-sufficiency and political, economic and military independence.

Several newspapers and international organizations have reported that in North Korea there are between 150,000 and 200,000 political prisoners subjected to torture, hunger, rape, murder, forced labor and medical experiments. *

18) The only Western representative of North Korea is from Tarragona

The official page of the Democratic People’s Republic of North Korea is the work of the only Western representative of North Korea in the world, a Catalan, Alejandro Chaos de Benós. In the following video you can see it in an interview (February 2013):