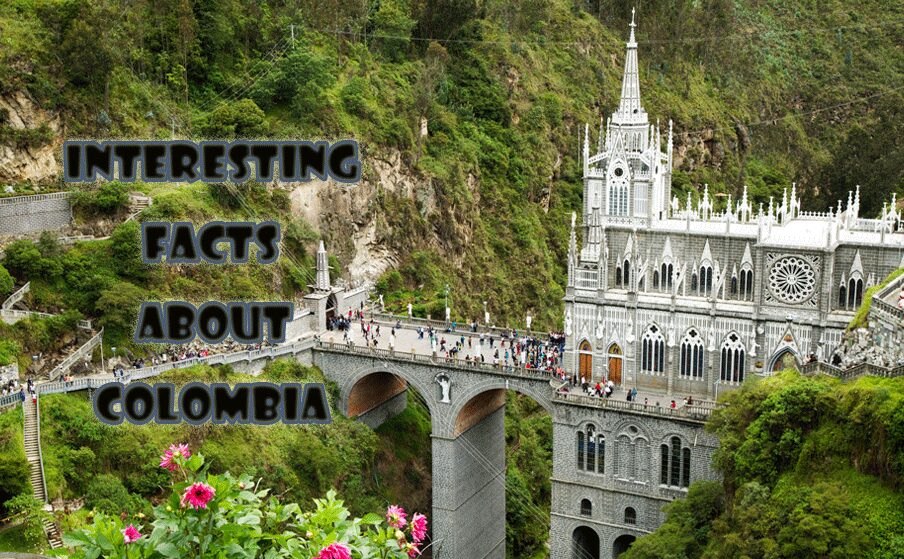 Odd, did you say weird? If Colombia, like South America, is culturally close enough to Europe, the traveler who arrives there will still note a number of surprising things. Here is a small list of interesting facts about Colombia.

1. Love hotels for an hour

Colombia remains a more traditional country than France. Bringing your girlfriend to his parents is not very common. Also, taking a room for an hour is a very common practice here.

2. The cheese in the chocolate

A pleasure here. Colombians like to mix sweet and salty. I’m not a fan! The first time is unusual.

It is the most popular means of transport. No train in Colombia and the plane is still expensive. They are really very comfortable, a real surprise! Air conditioning, videos and especially space! We are far from our European buses! Because of the long journeys, many travelers spend the night there.

4. The alternation of traffic

In the big cities, because of the traffic, there is restriction of circulation at certain times for a part of the vehicles. Thus, on certain days, only vehicles whose plate number ends with certain numbers can circulate. This is to say the importance of traffic to impose these measures.

As soon as you have to sign a paper more or less important or official, you must go through the notary! Thus, a real flourishing business is developed! This stamps everything. I find it quite funny. If you are a tenant for example, hop, you also spend for your lease!

6. Coffee in Colombia: at any time!

I’m not telling you that coffee is a popular drink in Colombia. It is drunk black, or tinto, or with milk. Drink a coffee in the evening after the meal or at the same time is fairly well. Hum, not necessarily a reflex of French.

It is quite developed in Colombia. I am still spared enough in my opinion. Some examples. The cars of young Colombians: background music and neon light under and on the car. Or a scene I saw on a farm: a Colombian riding a horse followed his friend who in 4 × 4 swayed loud music. All washed down with Whiskey. Very bucolic all that.

In some areas, these controls are very common. Sometimes, every hour. If you are traveling by bus, you must go down and show your identity card (foreigners are not concerned). Sometimes a policeman gets on the bus and films everyone stopping on each of the passengers with a camera.

9. The signature with his fingerprint

As soon as you have to sign a paper, you must also oppose your fingerprint. It’s even sometimes all the fingers of the hand like when I renew my visa. That’s it, you’re stuck. I had the impression that we were going to incarcerate then! Like almost all Colombians. The reason or the pretext: the fight against crime and armed group.

In the professional world, do not be surprised if you are called Doctor, when you are not a doctor ! Here, as soon as you are recognized as a little expert in a field, you will be entitled to this qualifier. I find it stupid enough to tell you everything. But it’s funny. Who knows, I might be right too 🙂

Bucaramanga has adopted the Colombian metro as in other major cities of the country. In fact metro, it is simple buses running on reserved lanes in the middle of express voices. The stations are big enough, covered and have turnstiles … like subway stations. These buses are crowded at peak hours. These are the only two things in common with our metro! The problem here is that it caused an increase in traffic jams because this subway occupies a reserved lane. And he does not pass masses.

In general, there are not many beggars here, especially compared to other Asian countries. At the traffic lights, you will sometimes see people juggling, balancing and others. I do not think I saw that elsewhere. A “nice” way to beg.

13. The plate number on the jackets

Bikers must wear a vest, usually black, with their plate number written behind.