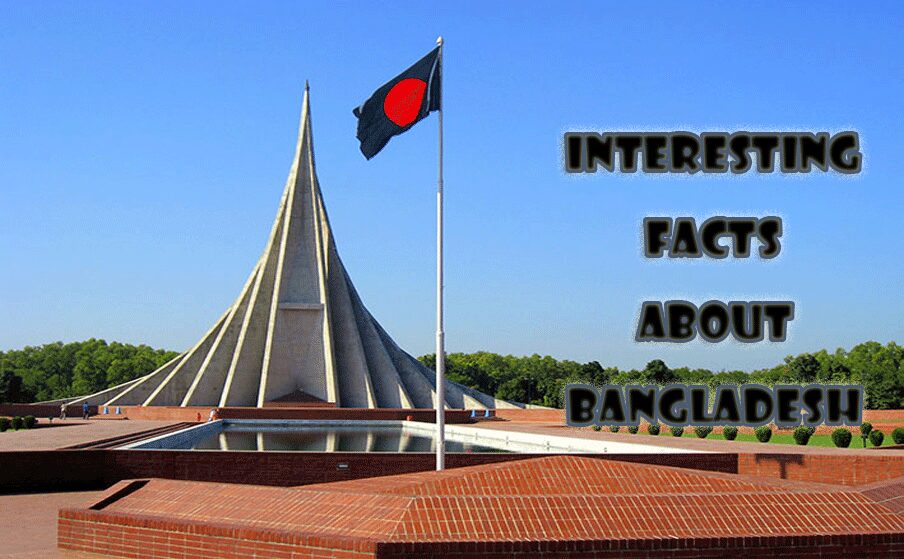 Formerly East Pakistan, Bangladesh came into being only in 1971, when the two parts of Pakistan split after a bitter war which drew in neighboring India. Here are some Interesting facts about Bangladesh.