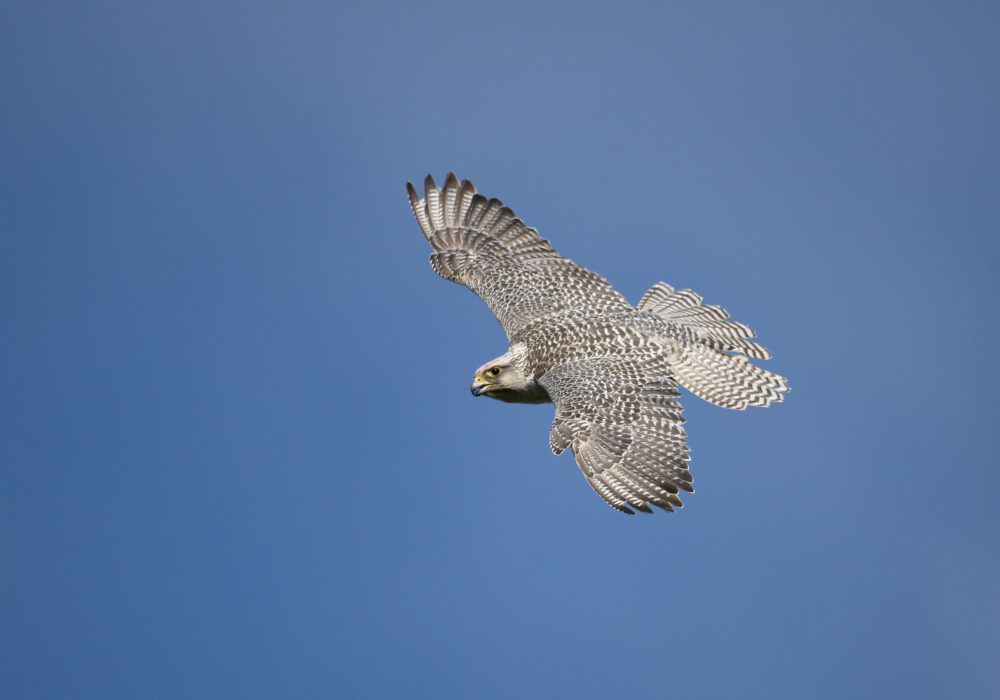 The national bird of Iceland is gyrfalcon. It is the largest of the falcon species, it is found in few parts of the world including the Arctic region and mostly in Iceland. Gyrfalcons belong to order Falconiformes of family Falconidae and genus Falco. Their binomial name is Falcorusticolus. They are specifically found from Arctic coasts to North America and Europe to Asia. Gyrfalcons have the unique ability to change characteristics on a minuscule range, they have many colors and varieties in their species. The main part is plumage that varies regularly from country to country. Historically, gyrfalcons are the rarest of the species and are found in ancient English literature. They have large bodies and a thick coating of fuzz and feathers to protect them from extreme cold. Male gyrfalcon is usually between 48-60 cm in length, females are larger than males and show reverse sexual dimorphism. Their length range between 51-65 cm. The wingspan is large for long flights, the wings may extend up to 160 cm. The average weight of male gyrfalcon is 800-1400 grams. For a female, it is 1200-2100 grams. The tail is 19-25 cm in length for males and around 20-30 cm for females.

Do You Know Hispaniolan Trogon  is the National Bird Of Haiti ?

The variety of plumage is the most common feature, the color combination of feathers change after every 600 miles or lesser, their color combination may be white, black, silver or brown. The color combination varies from dark to very bright. Also called as ghostly gyrfalcon, it is one of the sharpest predator birds. It dives from the sky with immense speed taking sharp turns in the air to attack its prey. Their pointed wings help them take sharp turn taking less impact to the body. The body is powerful enough to bear the surrounding air pressure. The classical gyrfalcon spotted in North America, and Europe is white-colored with black shades on the body. Other shades of dark gray, brown, and black coloring are also found in lesser part of the body.


They nest on cliffs and rocks in the snowy regions including Greenland and Iceland. They migrate in winters to the lower mountains or woodlands and return back in summers from the south region. Some species that live in thelowerArctic region are permanent residents and do not migrate while some migrate for a shorter time period.

They mainly feed on birds mostly seabirds and waterfowl. Apart from preying on small birds, gyrfalcondoes which is the National Bird Of Iceland not hesitate to attack and hunt down squirrels, voles, rabbits, and marmots. They collect their prey even if it falls into the water. 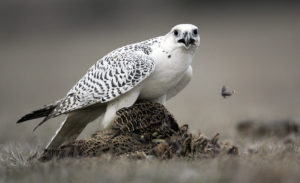 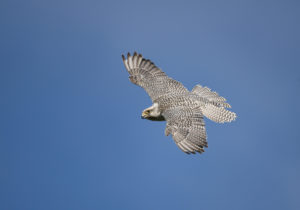