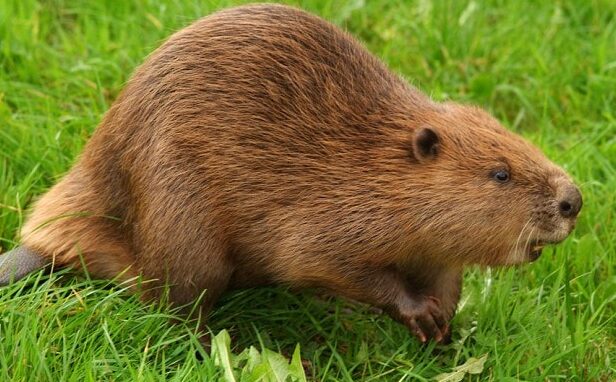 Beaver is national animal of Canada . It is the largest rodent in the northern hemisphere , semi-aquatic natives of North America and Eurasia characterized by their broad and scaly tails, sometimes weighing more than 49 kg. His body is strong and is covered by a thick impermeable coat that serves as a coat. The hind legs of the national animal of Canada are large and have membranes up to the tips of five fingers. The second finger has a double toenail that resembles a bird’s beak, and acts as a fine comb. This genus of all that belong to the Castoridae family is the only one not extinguished in its totality, and it includes three species: the American beaver (Castor canadensis), European beaver (Castor fiber) and Kellog beaver (Castor californicus) , the latter extinct since the Pleistocene . 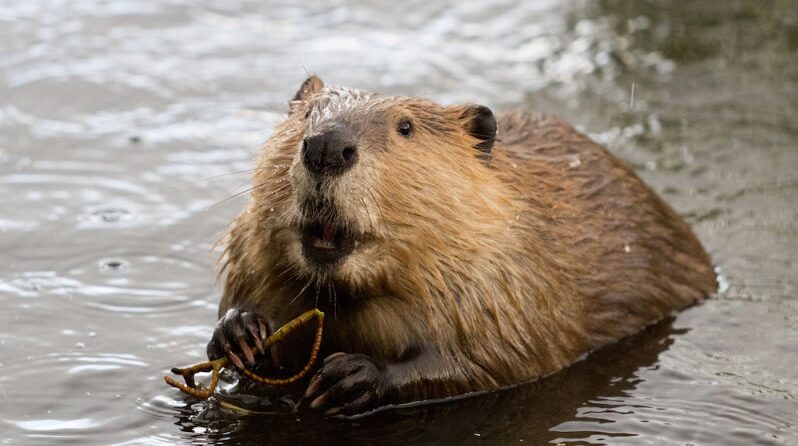 Beavers are related to the Squirrels (family acosta Sciuridae), as they have certain similar structural features in the skull and lower jaw. They are also closely related to a small South American rodent called coipo. They are the second largest rodents in the world, after the capybara, and the largest in the Northern Hemisphere. These animals continue to grow throughout their lives. The average weight of adults is 16 kg, and although specimens weighing more than 25 kg are not common, specimens that have reached 40 kg have been found. Females become as large or even larger than males their own age, which is unusual among mammals. They generally measure about 30 cm high by 75 cm long, not counting the tail, which measures about 25 cm in length by 15 cm in width all these values, however, vary according to various factors, including the age and species of the individual. The tail is oval and flattened, and is made up of small scales of hexagonal shape and black. They are juxtaposed and not imbricated, that is, they do not overlap one another. His body is covered with a thick fur to which he owes his enormous commercial value; this one is divided in two types: one silky and of grayish color, and another much more rough and long, and of a brown tone. In addition to being waterproof, the coat of hair acts as a coat. They have four very sharp and sharp incisors which are orange because they have an enamel that hardens them and that they serve to gnaw the wood with which they feed and build their structures. An adult beaver can cut a 30-cm-thick piece of wood in about 15 minutes with his powerful teeth. Since these teeth never stop growing, it is vital that they are used constantly, or otherwise the upper incisors will pierce the lower jaw. Beavers have webbed hind legs,Black hair , they are similar to hands, each with five well developed fingers. 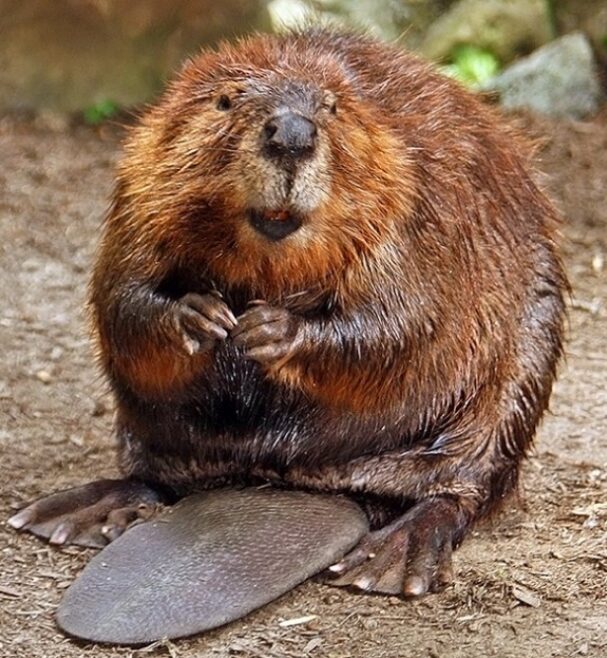 Beavers are essentially aquatic in their activities, and never travel overland unless necessary. They are sociable animals, coming to form groups or colonies of up to twelve individuals, composed by a couple and their offspring. Small families can live in a single burrow, but larger families may need additional shelters. The greater the isolation of the place where they live and the abundance of food, the greater the population of beavers,

Do you want to know about National animal of Brazil?

Beavers live in riparian areas, and predominantly in cold regions. The habit of these animals for hundreds of thousands of years in their natural habitat has been to keep the aquatic ecosystems in which they live healthy and in good condition, although for a human observer, seeing all the trees felled, they may sometimes appear to be doing just the opposite. Actually the beaver is a species that works as a cornerstone in its ecosystem by creating wetlands that are useful for many other species. After humans, no other animal changes the surrounding environment as much as the beaver.

The beaver diet is strictly herbivorous. They feed on the bark , twigs and leaves of the trees that cut down and the roots of aquatic plants. Although they can eat almost any edible vegetable they find on the banks of a river or lake, they prefer certain foods over others. European beavers have been observed to prefer tree bark and leaves such as willows, birches and hazels, while American beavers lean over trees such as willows, birches, poplars , cherry trees , maples and alders, among others. Despite their preferences, the diet of a beaver is usually based on the availability of food, so do not reject a food even if it is not his favorites. To subsist in the winter they gather a food reserve, which they keep submerged in the bottom of the pond where they live, very close to one of the entrances to the burrow. They tend to place the larger branches at the top and the smaller branches at the bottom of the pile to prevent the latter from being drawn by the current. The colder the climate in which they live, the more important the collection of this food reserve becomes, since they usually spend most of the winter inside their burrows. In addition to serving as a food source, this reserve of wood has another function.

Beavers are able to mate at almost any stage of their lives, and are monogamous – although if their partner dies, they can get another one – Their monogamy is mainly due to the fact that, for the proper care of the offspring, both parents need to collaborate , since one would not be able to take care of them. Therefore, they must remain united all the time for the reproduction to be successful.

Related Items:Beaver symbol, the history of the Beaver, what is the national bird of Canada