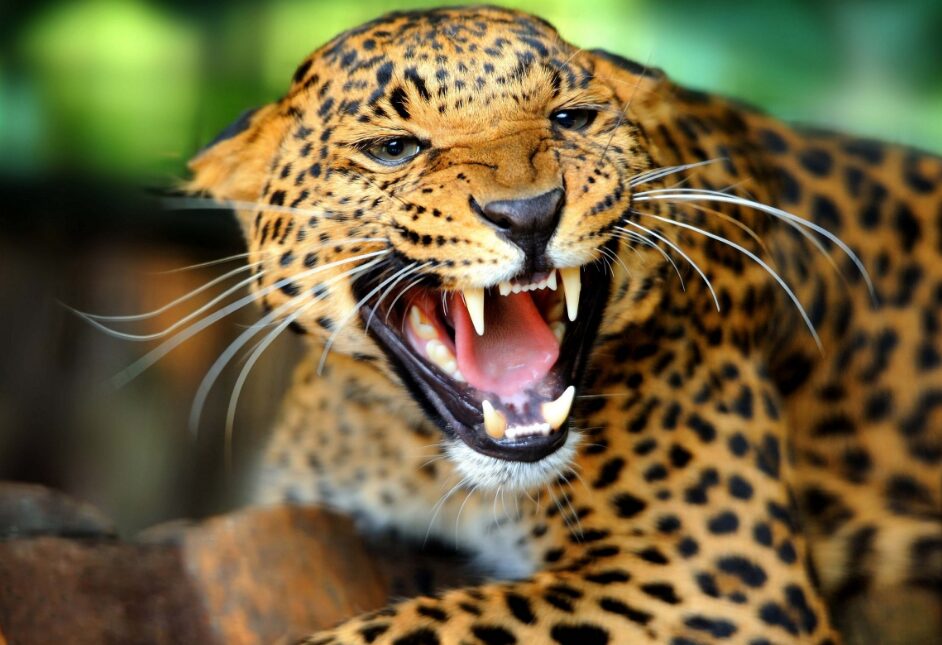 The Jaguar is the largest feline in America . A large adult jaguar can reach up to 1.7 meters in length, with a shoulder height of 75 cm. Those of the largest subspecies have an average weight of 100 kilograms.

In nature the Jaguar occurs in two basic colors. In the most frequent coloration the hair is reddish yellow with black spots. The pints on the body are presented in circular patterns in the form of rosettes. This coloration is very similar to the coloration of the Leopard of Africa and Asia . In the zoo we can differentiate these two panthers because the Jaguar is something bigger and more robust; and although the hair colors are very similar, usually the rosettes in the Jaguar are larger.

Do you want to know about National animal of Botswana?

The other color is the melanic form where yellow is supplanted by dark brown. The dark brown varies in intensity between the specimens, some are black while others are a brown color with the usual spots.

This panther is not only large, but also its tusks are relatively larger than those of other felids of similar size. The force in the bite is also superior to that of some of his relatives, little more than one and a half times that of the Puma , which in itself is very dangerous. The jaguar often kills its prey by biting its head; in the Felidae family this technique is only employed by this panther . 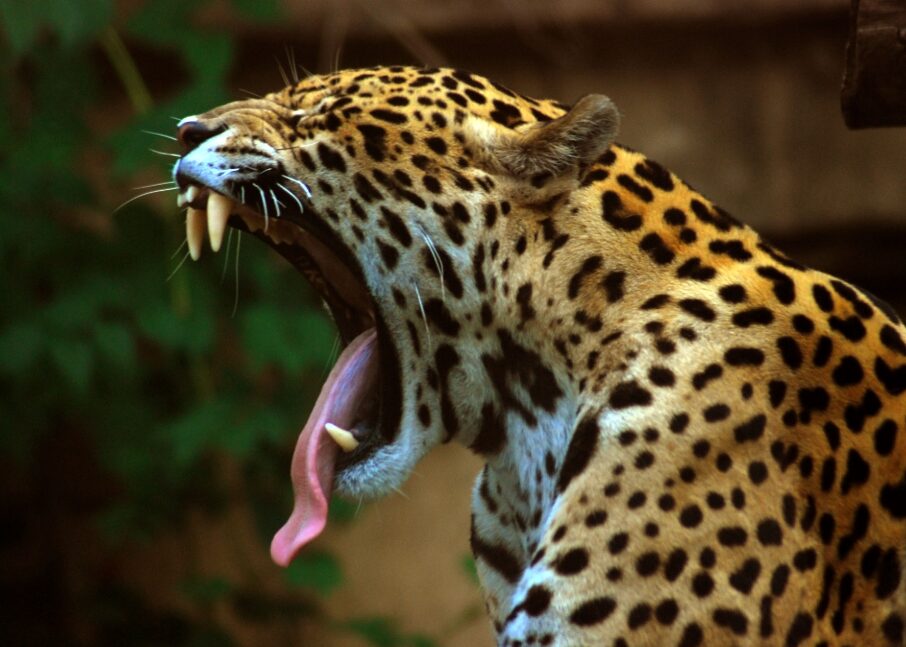 The skin has a reddish yellow background, except inside the ears, the lower part of the muzzle, the jaws, the throat and other lower parts of the body, where the color is paler; in the lower part of the legs the white predominates. In addition it has the characteristic black spots, type rosettes, round, elongated or irregular stripes that fork in the cross and reunite in the back, forming in the flanks lines more or less parallel; smaller in the head , neck and legs than in the rest of the body. The tail has rings on its posterior third. No two jaguars with the same pattern of spots.

The weight of an adult jaguar ranges from 45 to 130 kg depending on the subspecies, and can weigh 150 kg. Females are 10 to 20 percent smaller than males.

Its food is composed of large, medium and small animals such as cattle, formed by cow and bull, deer and tapir . They are very active at night but it is not uncommon to see them during the day. They hunt at dawn and dusk.

The jaguar is considered an opportunistic carnivore and its diet depends on the density and availability of prey. More than 85 species have been recorded in the jaguar diet. Large prey such as peccaries, tapirs and deer are his favorite, although he also feeds on other mammals such as monkeys and the lazy bear , always depending on their availability in each place. It should be noted that, for example, large herbivores are smaller in the forest than in more open areas, where they are more likely to form large groups; this is one of the causes that make the difference in their food in jungles and open areas. Also hunting frog , turtle , snakeand can even attack a caiman , even though they are significantly larger than him. He also eats fish and birds that have their nests on the ground.

In places where the jaguar inhabits and there are cattle there are cases that hunt these easy prey, due to the scarcity of their natural prey and the passivity of these new prey. 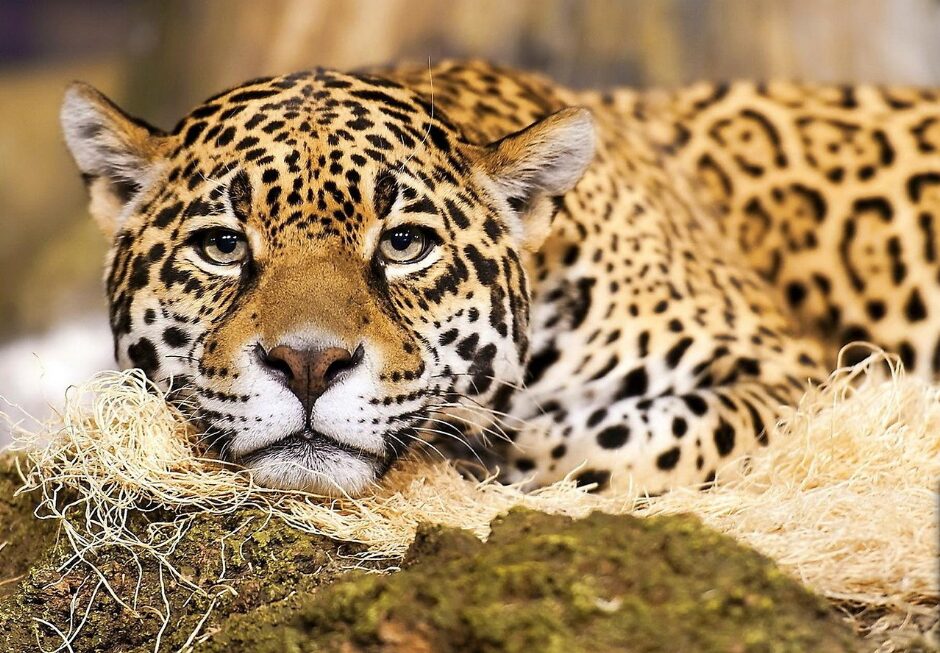 Eat your small prey whole and immediately. When hunting a large prey, he eats a part and retires for a nap and then comes back later to finish it. If a jaguar kills an animal out of the forest it is carried inside. Sometimes it even drags its prey through the river.

The maximum aperture of the known mouth is at an angle of about 65 to 70 °. This characteristic attached to his strong canines is vital to hunt him: in fact, his technique of hunting is the stalking, which culminates with an unexpected jump and a bite in the nape of the neck to break the cervical vertebrae or the skull of his victim. Skull piercing is performed only by jaguars from the big cats to kill their prey. Its large head and large, strong canines could be an adaptation to open cracks in armored animals such as some reptiles or turtles.

The Jaguar is the largest predator in the Neotropics and plays a fundamental ecological role, as it affects the population densities of its prey and is a limiting factor of these. The disappearance of jaguars can cause changes in ecosystems. Eliminating large carnivores from an ecosystem has an impact on the abundance of various species, as their absence can generate population growth of prey and smaller predators; this, in turn, can have severe implications on community dynamics and the ecosystem, ultimately leading to simplified and impoverished ecological systems.

The jaguar is more active during dusk and night. Being a short-distance runner rather quickly hunts his prey mostly on the ground. He is a great swimmer and can even cross rivers with a width of several kilometers.

The jaguar spends more than 50% of its time hunting and then can cover a distance of 3 or 4 km a day and even more during droughts when there is little food. The jaguar has a fixed territory that can cover up to 40 km2.