The capital of Greece is Athens. It is named after the Goddess Athena and has a population that is equivalent to more than a third of the total population of Greece. In it, it is one of the first formal democracies of all time, and it is also a source of historical value that is revealed until today, with its monuments known worldwide.

The capital of Greece is Athens is a large city, with all kinds of facilities offered by the big city, and with a high number of visitors. Tourism in Athens is highly cultural, go to the archaeological sites, see the temples and monuments, and enjoy this historic city are the three fundamental features of Athens, not to mention the Temple of Athena Nike or the Olympian Zeus. Characters of history as Aristotle or Plato, King Leonidas, Athena, Zeus and Prometheus, both reality and fiction, have come linked to this city. 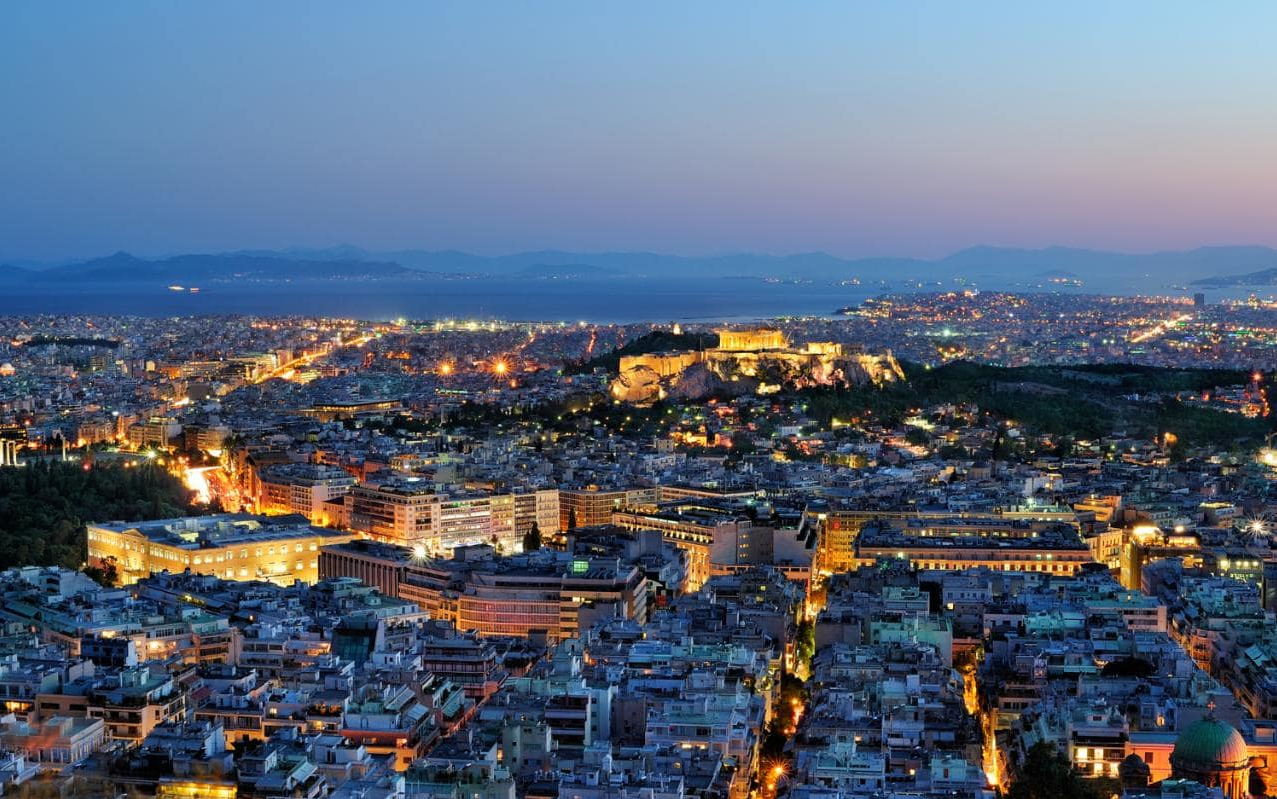 The capital of Greece is Athens (in Greek Αθήνα, Athína) currently the largest city in the country. The population of the municipality of Athens is 741,512 (in 2001 ), but its metropolitan area is much larger and comprises a population of 3.7 million (in 2005 ). It is the main center of Greek economic, cultural and political life. The history of Athens stretches over 3000 years, making it one of the oldest inhabited cities. During the classical period of Greece, it was a powerful State City that played a fundamental role in the development of Democrac .

It was also a cultural center where many of the great artists, writers and philosophers of antiquity lived. These contributions of Athens to the thought of his time had a great influence on the development of Greece, Rome and Western culture. Athens is one of the richest cities in the remains archaeological of extraordinary importance, of which the most famous is the Parthenon on the Acropolis. In addition to the classical Greek period buildings, Roman.

Athens extends over a Plain of the Peninsula of Attica , south limited by the Saronic Gulf ; To the west by Mount Egaleo; To the northwest by the mount Parnitha; To the northeast by the Mount Pentelico ; And to the east by the mount Imitos.The Municipality of Athens is approximately in the center of this plain, but the urban expansion of the twentieth century has ended up merging it with the surrounding towns, now considered suburbs. At the beginning of the 21st century this metropolitan area comprises 54 municipalities and occupies practically the whole extension of the plain. The municipality of Athens has 38 square kilometers, but with the metropolitan area adds about 427, making it one of the largest in Europe, both in extent and population. The municipality of Athens is in the center of the metropolitan area, and contains the main archaeological remains and tourist attractions.

Do you know about the capital city of Guyana ?

Throughout the centuries the population of Athens has evolved in a highly irregular way. After being one of the most important cities of Antiquity, during the Byzantine period it entered a decay that was accentuated during the Ottoman dominion. After being proclaimed capital of the independent Greek State in 1834 , the population has grown rapidly, thanks in great measure to the waves of Refugees and rural Exodus ; In recent years immigrants from nearby countries such as Albania have also increased .Currently, the Athens metropolitan area accounts for more than a third of Greece’s total population. According to the 2001 censu , the population of Athens was 745,514, and the population of the metropolitan area was 3.7 million. However, it is believed that the total population is higher. It is believed that some residents of Athens from other Greek populations are recorded in their native place at the time of the census; Likewise, there is a population of immigrants that is not quantified.

The International Eleftherios Venizelos Airport is located near the town of Markopoulo ATTICA, about 20 km east of Athens. It has been in operation since 2001, replacing the old Hellinikon International Airport, located in the Athenian suburb of the same name. It is very well connected to Athens by bus, subway, and suburban train, as well as the Attiki Odos motorway.

The Port of Piraeus, located 10 km from the city center, is one of the most important in the Mediterranean , both for passengers and for goods. From Piraeus, there are ferries that run between Athens and the numerous Aegean islands, as well as international routes. There are also two smaller ports, in Rafina and Lavrio, located to the east and southeast of Athens on the coast of Attica.

Service Public transport in Athens was renovated and improved on the occasion of the Olympic Games of 2004.

Metro: has a modern Metro network, currently formed by three lines. An important extension project is underway and new stations are scheduled to open in the next few years until 2018. The construction of a fourth line is also planned. ISAP and Attiko Metro are the two companies managing the metro. At the beginning of 2008 , the lines cover the following routes:

Tram : The Tram has two lines, which run parallel from the center (Syntagma Square) to the coast (in the suburb of Paleo Faliro), where they separate, following the coastline to the east (Glyfada) and to the west (Piraeus).

Suburban train : This newly built train connects the airport with the city of Corinth to 88 km, passing by the Athens Central Station. The branch to Corinth and very soon to Chalkida among other future expansions are not considered urban, unlike the Airport-Central Train Station service, which is considered suburban when covering the metropolitan area of ​​Attika.

Buses and Trolley Buses: The city has a large and modern fleet, including the largest fleet of gas buses in Europe.

The infrastructure of transport have been considerably improved in recent years. The main route of transport is the Attiki Odos toll motorway , which opened in 2003 , crossing Attica connecting the airport (east of Athens) with the city of Elefsina (west), and crossing the metropolitan area several km north of the center Of the city, with branches in the east (Imitós) and the west (Egaleo).

Athens has varied leisure and cultural possibilities. There are several archaeological sites ranging from the archaic era of Greece to Roman domination. In addition to the great archaeological sites (the Acropolis, the two Agoras , the Ceramic and the Temple of Olympian Zeus ), there are many places in the city where you can see a small fragment of an old building: from the Lantern of Lisícrates or the monument Of Filopappos , to remnants of the wall near the central market, Termas in the Amalias street or a vertical section of several archaeological layers in the subway station of Sintagma.

There are continuous restoration and remodeling works. The remains from medieval times to the 18th century include a large number of Byzantine churches and the monasteries of Kaisariani and Dafni. There are many examples of Neoclassical architecture from the 19th and early 20th centuries , such as the so-called neoclassical trilogy. One of the Museums highlights of Athens is the National Archaeological Museum , which contains the largest collection of objects and works of art from classical Greek world, including famous pieces as the funeral mask of Agamemnon or the Zeus of Artemision.

Other important museums, specialized in other historical times, are the Museum of Cycladic Art and the Christian and Byzantine Museum. The Benaki Museum ranges from Prehistory to the 20th century . The Acropolis, Ancient Agora and Ceramic also have museums in situ; a new Acropolis museum, which has a much larger exhibition space, was inaugurated on 20 of June of 2009 . Athens has multiple venues for theater, music, exhibitions and shows. One of the most significant events is the Athens Festival , which takes place between May and October and comprises performances of Opera , Dance ,