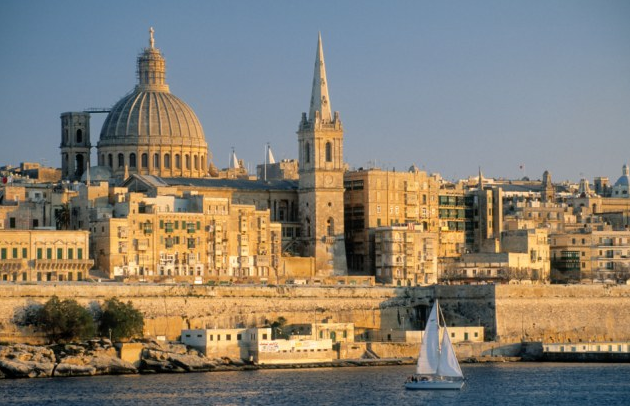 Valetta strikes us, above all, by its small size. The capital of Malta is also the smallest of the European Union, embedded in a peninsula of little more than a kilometer of dimension in each of its sides and without possibility of growing; But it is still a key destination when it comes to sightseeing in Malta.

In fact, the metropolitan area of ​​the capital of Malta goes far beyond what is this small peninsula and extends through more modern towns to the north, south and west of the capital, but historically and landscape, the small walled area of ​​La Valetta is the most valuable of them.

Valletta was born in the 16th century and its origin is closely linked to the Knights of the Order of St. John (better known as the Order of Malta ). It receives its name by the old Grand Master of the Order who promoted its construction, Jean Parisot de la Valette and has a spectacular geographical location , which together with a network of fortifications and bastions made it much easier to defend against foreign attacks. 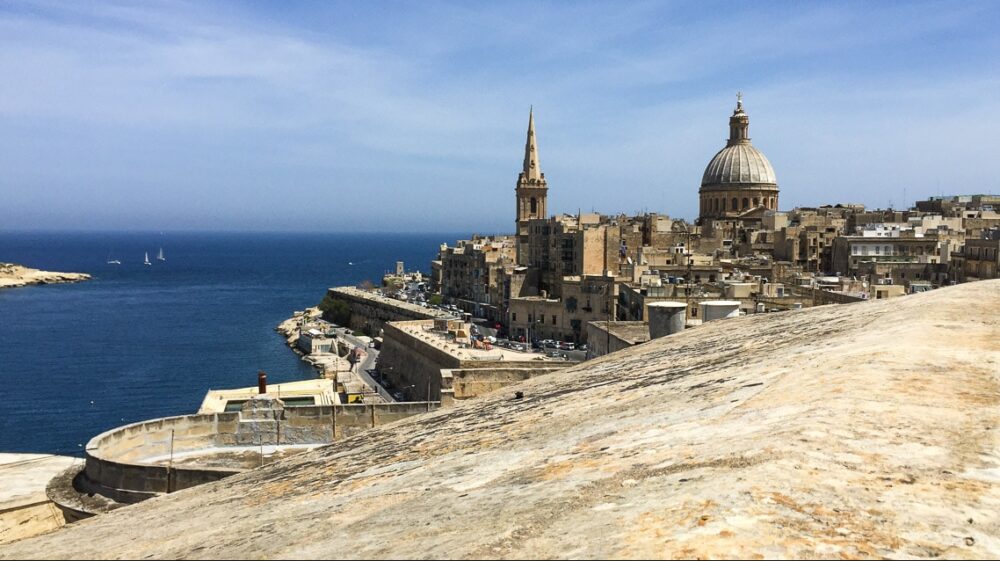 The city of Valletta limits to the east with the town of Floriana . There is no space between them. On the other side of the wall is the capital of Malta. At the border, serving almost as a point of entry to the city, we find the bus terminal of the Plaza de la Fuente del Tritón, located just in front of the gateway of the capital.

The center of the capital of Malta
Through that door we enter the city through the Republic street , the authentic heart and main artery of Valletta. República Street, which is pedestrian almost all its route, crosses from east to west the entire peninsula of Valletta housing such interesting buildings as the Grand Master’s Palace or access to the Cathedral of San Juan.

Valletta is a city in which all its streets are straight and cross in the form of a grid. Only in some parts where orography has not made it possible to resort to curves or even to save the unevenness with stairs. República Street also marks the central part of the city, as if it were the nerve of a tree leaf.

Parallel to it we have the other great street of the capital of Malta, Merchants Street , but still being commercial and alive does not reach the ends of its neighboring street. Between the two they accumulate practically all the commercial life of Valletta, as well as of its official buildings. Perpendicularly to them, other smaller streets appear that communicate the north part of the coast with the south part.

Do you want to know about Capital City of Mali?

The buildings of Valletta are very similar to each other. It is not a city with great architectural disparity. The light brown color of the limestone used in buildings and walls is the great ruler of the city and its streets. Only some colored balconies allow some contrast.

Most of the buildings of interest to see in the capital of Malta are concentrated in very little space in the center of the city. However, between Plaza San Jorge and Fort St. Elmo there is a neighborhood with less maintained constructions in which we can see the old face of the typical architecture of the city.

Its exterior is rather bland, but its interior of the sixteenth century is profusely decorated. He received great artistic treasures of donations from the Order of the Hospital of St. John of Jerusalem (also known as Order of Malta) and is that for two centuries, Valletta Cathedral was the convent church of this order.

The interior of the cathedral of St. John of Valetta is spectacular. All the walls are carved in gold and green colors and the ceiling is painted with exceptional frescoes. On the ground, on the other hand, marble tombstones dedicated to the Knights of the Order of Malta stand out. The altar is also exceptional and, if that were not enough, in a separate oratory also exhibits a collection of paintings by Caravaggio among which is the well-known “Decapitation of John the Baptist.”

The ticket costs 6 euros and includes an audio guide that tells us the different areas of the temple. Malta is a very Catholic country and is also very strict in the dress of the visitors of its churches, for which they are asked to cover shoulders, chest or legs (although they lend themselves to visitors to whom it has been caught unexpectedly ). Since the floor is marble and delicate, access is also not allowed with narrow or pointed heels.


Palaces and panoramic views in Valletta
Something further east on Republic Street we find the Palace of the Grand Master , which served as a residence for the leaders of the order and now houses the seat of government and parliament. It is possible to visit part of the building.

And, just a few meters away, another of the most monumental civil buildings to see in the capital of Malta: Casa Rocca Piccola , dating from the sixteenth century and shows us how the noble families of the island of Malta lived in the past. Nearby is Fort St. Elmo , which can not be visited and is the eastern end of the city.