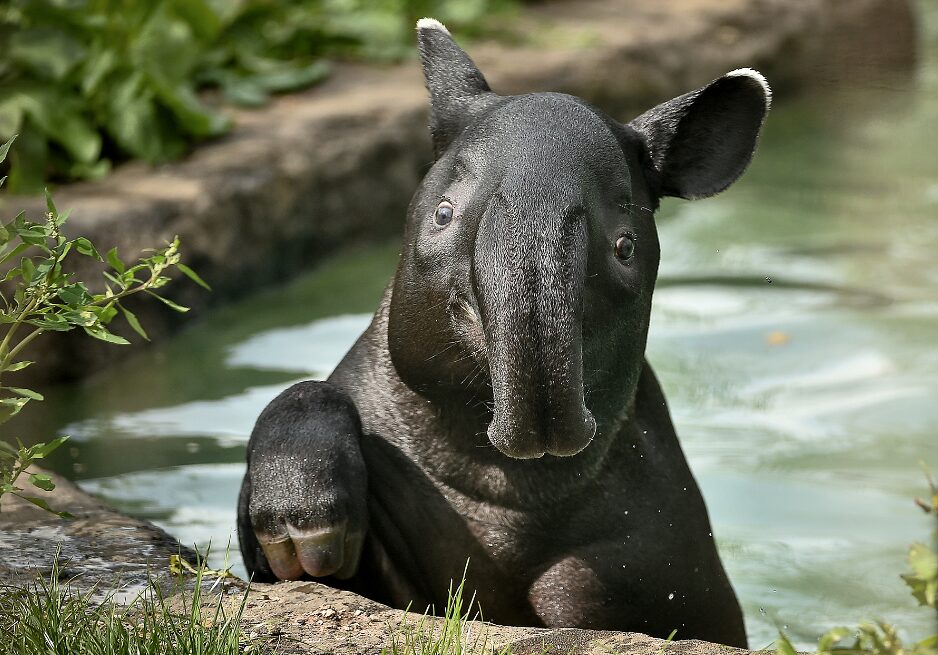 Tapir belongs to the Tapirus family, this is a primitive animal that has not changed its physical appearance for millions of years, Tapir is also national animal of Belize. The appearance of the tapir is similar to that of a pig; possessing a robust and round morphology. Its most striking feature is the proboscis, which consists of a snout, thick lips and a large nasal opening; is composed of soft tissue. It has short limbs and a short tail. It has 3 fingers that are actually hooves on the hind legs, and 4 on the front legs. The ears of  are oval.

A short, bristly coat covers the entire body, which is usually dark brown, gray or black. It measures approximately 1 meter in height to the shoulders, about 2 meters in length and its weight oscillates between 150 and 300 kilograms. 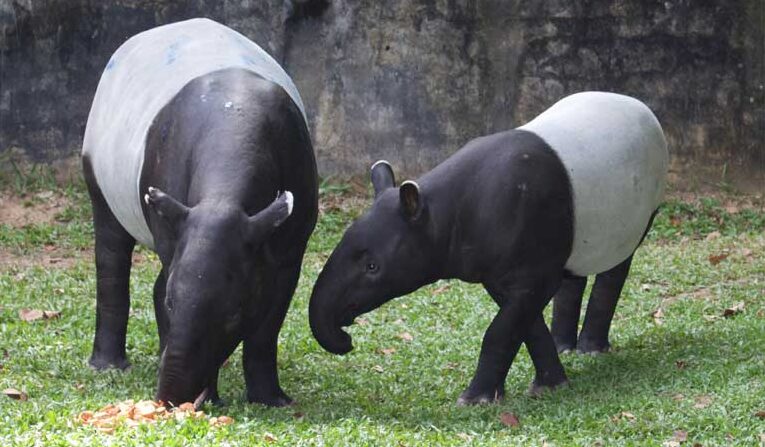 Distribution  and habitat of  Tapir
The tapir is distributed throughout Central and South America, with minimal availability in southern North America. It is present in Mexico until Venezuela, having Paraguay and Brazil as southern limits. The Asian continent houses the tapir in Burma, Thailand, Malaysia and Sumatra.

Do you want to know about National animal of Belarus?

It belongs to jungle habitats, deciduous and mountain forests, marshes and prairies, provided there are sufficient water sources. In the Andes, the tapir lives in mountainous areas.

Behavior of Tapir
It performs most of its activities during the night and at dusk, but the individuals who inhabit the Andes mountains are rather diurnal. 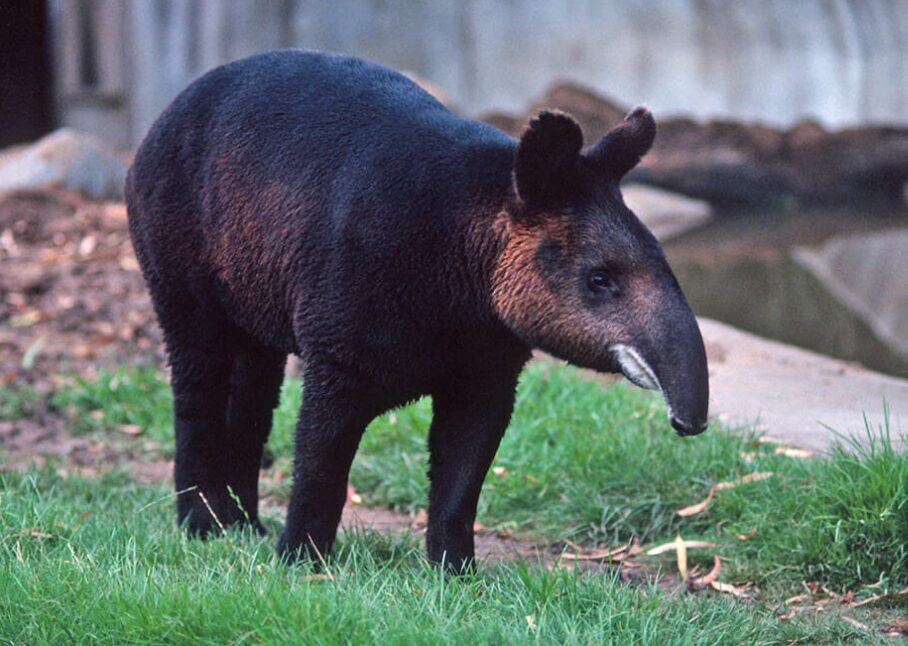 It is characterized by manifesting a calm and timid behavior, which does not imply that it is incapable of defending
itself. If he is scared, he may attack with his jaws and cause very serious injuries, but he regularly avoids confrontations confront.

Feeding Tapir
It has a herbivorous diet in which the leaves, buds, branches, herbs, flowers, fruits and plants in general, are part of
their daily life. After hours of sun, it goes out at night to get its food in the tree areas and its appetite does not reject the aquatic plants. His peculiar nose serves to explore the ground without having to move the head.

Reproduction of Tapir
It begins to mate between 3 and 5 years of age, but the female reaches sexual maturity before the male and gives birth every 2 years. Subsequent to the coupling occurring in the water, the tapir has a single offspring, which is born after a gestation period of approximately 13 months.

The baby tapir comes into the world with eyes closed and it is so until after 1 or 2 hours. Their skin has brown or beige stripes that fade gradually, and when they are 6 months old, they are exempt from them or are much less visible.

The life expectancy of a tapir is about 25 or 30 years, both in the wild and in captivity.

For what is this? Primarily, indiscriminate hunting to obtain their meat or to trade with the animal, the destruction of their natural habitat as a result of pollution, logging and urbanization and invasion of protected areas.T