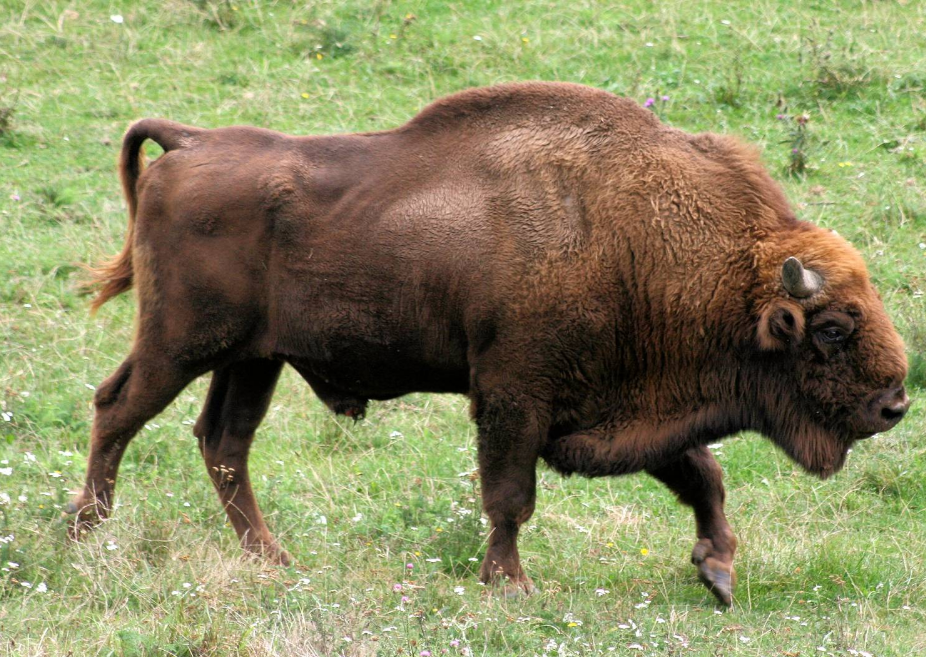 The bison is an artiodactyl mammal family member bison. Currently there are two species, these are: The Bison Bison (American bison) that lives in the plains of Canada and the United States; And the bison bonasus (European bison) found in protected areas of Europe, as it is a threatened species .Bison is also national animal of Belarus.

Characteristics
The Bison is characterized by the hump that it bears on the shoulders, by its short and pointed horns present in both sexes that curl outwards and upwards from the sides of the head, and by its little voluminous hindquarters. An adult male measures about two meters at the height of the hump, the length of the body oscillates between 2.7 and 3.7 meters. And it weighs between 850 and 1100 kg., The females are smaller.

Do you wan tot know about National animal of Bahrain?

The other distinctive feature is the thick, dark mane of long hair that covers the head, the back of the neck, the upper part of the forelegs and the entire front area of ​​the body. An adult male may have a beard 30 cm., On the contrary, the animal’s hind legs are covered by a much shorter hair.

Habitat
He lives in small groups, except the old males who are solitary. Females and offspring live in family clusters to which the male is incorporated in a season of zeal; Outside this period the males gather in groups of few individuals.

In spring and autumn , large herds can be formed to look for meadows and water. During the season of zeal, it is easy to hear the snorts and grunts emitted by the males, especially from July to September when they seek out the females and fight against their rivals. In this period, males have little time to eat and they lose more than 90 kg. of weight.

Reproduction
After a gestation period of 8 to 9 months (270-285), a baby is born straw colored, able to follow his mother and the rest of the herd a few days later.

Feeding
Plants, all kinds of herbs that they find in the middle they inhabit.

Ecosystem
In plains or forests and large prairies .

Adaptation
In winter , males and females form separate herds: some herds move to more southern regions with a more benign climate , while others remain in the territory facing food shortages and forced to dig in the snow cover to discover small Areas of pasture.

During the season of zeal, in summer the herds gather and violent fights take place between the males for the dispute of a female.