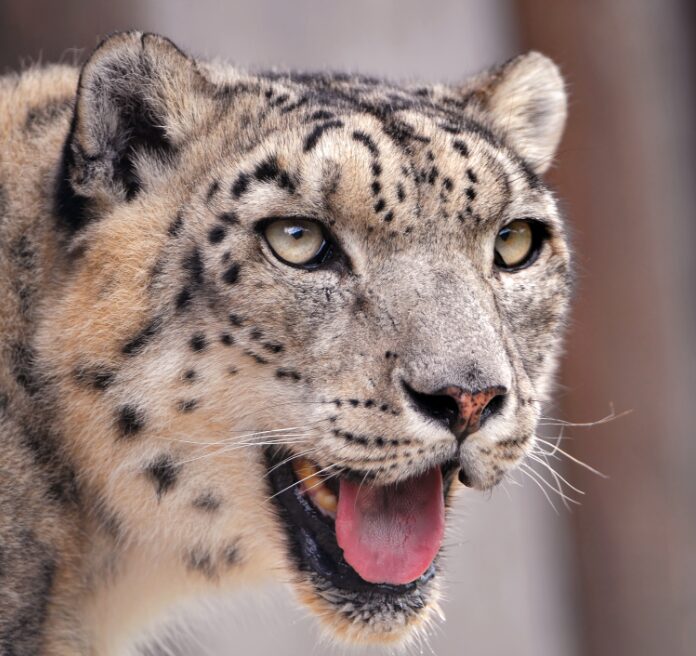 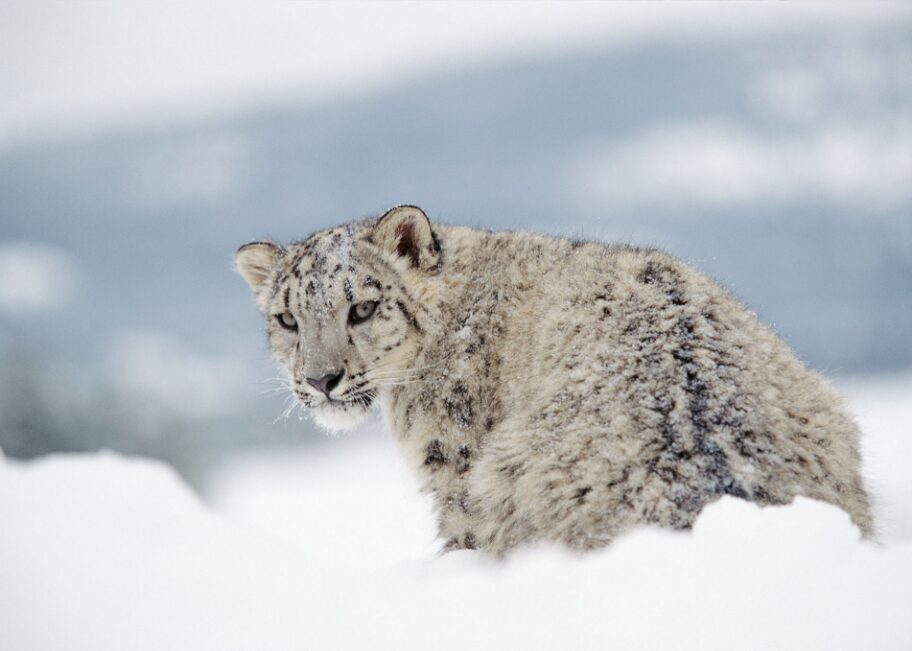 It is a mammal belonging to the family of the Felids , in the order of Carnivores. It receives the scientific name Uncia uncia.

It inhabits the rugged and mountainous terrain of Central Asia and the Himalayan region at elevations between 2,000 and 6,000 meters. Little is known about their natural behavior because their location is so remote.

A team of researchers from Chitral Gol National Park, on the Pakistan-Afghanistan border, has placed a collar with a Global Positioning System (GPS) on one of these animals so they can follow their movements and know something more about this beautiful feline. The 35-kilogram female was captured in the Purdum Mali mountain range in Pakistan. Due to their solitary nature, the rocky terrain on which they live as they become more active at dusk, these felines are very difficult to study. For this reason, much of the information about their movements and the use of their habitat is based on anecdotes, extrapolation or research done in the past.

Long thick hair, short legs with large claws, and proportionately long and thick tail are all adaptations that allow the snow leopard to survive in a very harsh habitat and climate. The light yellowish or grayish color with rosettes of its coat also provides a superb camouflage when it comes to stalking its prey. 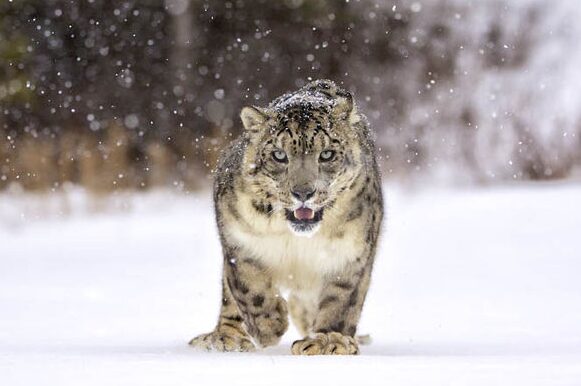 They are adults at 2 years of age. It is estimated a longevity of about 18 years. They can weigh from 30 to 75 kg. They measure from 0.75 to 1.3 meters, plus the tail from 0.7 to 1.0 meters. Similar to the lynx, its fur-covered legs act like snow shoes, allowing it to traverse deep snows with relative ease. Unlike other cats, the snow leopard does not roar.

Usually mothers have 2 puppies, but can be 1 to 5. Mating occurs between December and March, and most births occur after 100 days of gestation.
Newborns are blind for about nine days. These will depend on your mother to feed herself for at least the next year.

The Snow Leopard is an incredibly powerful feline, capable of jumping over ravines or knocking down preys up to three times larger. In their diet we find sheep and wild goats, also deer, ibex, markhor, marmots, snow cocks, hares, birds and domestic livestock.

Solitary, although males and females sometimes combine efforts to hunt during mating season.

At present, this species is threatened by illegal hunting and the loss of its habitat. A 2003 study by the WWF International Snow Leopard Trust found a notable decline in these large cats in many countries over the previous decade accounting for less than 5,000 in the wild. This feline is hunted for the high value of its skin in the black market or as substitute of the tiger to supply the market of Far East and to supply bones and other parts of the animal used in the traditional Chinese medicine.

The largest population, with more than 2,000 specimens, is found in China, but there are also good populations in Mongolia, the Indian and Nepalese Transhimalaya, and northern Bhutan. It is suspected that in the past decade, poaching may have caused a significant decline in its numbers in Kyrgyzstan, where, however, there may still be a few hundred copies. The total number of specimens in the wild varies between 4000 and 6000.
Related Posts: