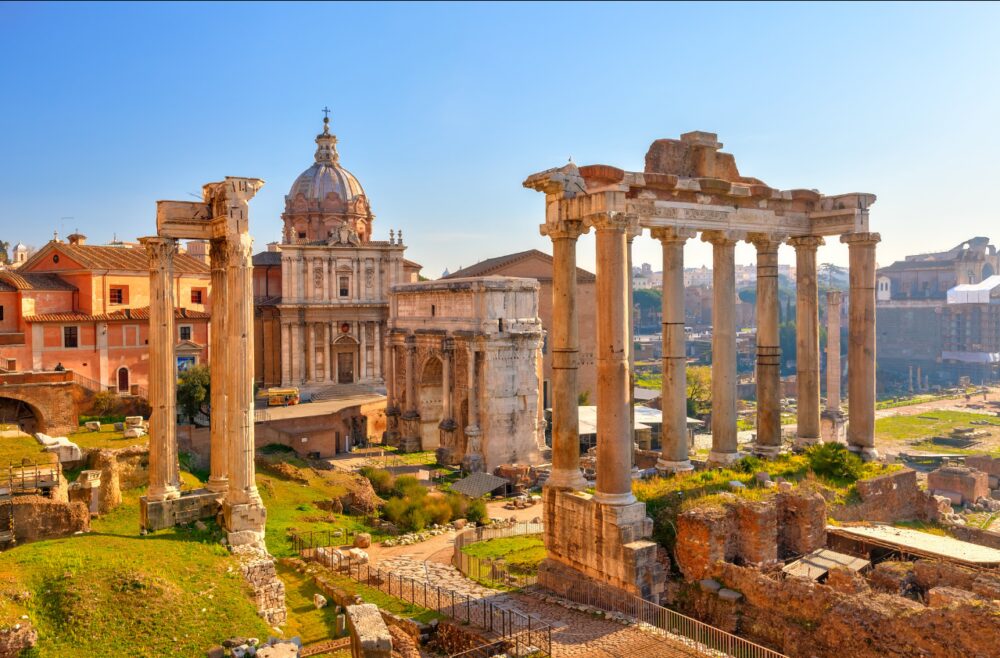 The capital city of Italy is Rome the city host so many tourists offer (from cultural to gastronomic) that it is impossible not to surrender to its charms.Centuries and centuries of history accompany the traveler who enters the street of Rome. The city of the ‘seven hills’ is the perfect destination for those who seek to prepare their trip with great doses of culture and art while enjoying the best place in the world to eat pasta. The capital of Italy is eternal: light, paved roads and a certain chaos in traffic have prompted it to appear among the 15 most visited cities in the world – 7.4 million tourists discovered it in 2015 -. To explore its charms there are scheduled plans that allow you to get all the juice to travel to Rome.

The capital city of Italy is Rome a walk through historic Rome is fundamental to understanding the city today. Getting immersed in its context and its past is essential if you want to understand the present Italian, so the expert Spanish-speaking guide who will share the tour with the tourists will be a great help to know the most mysterious secrets of the city. The Coliseum, a main part of the route, will welcome you with open ‘arches’ and make you feel like a real Roman gladiator. Very close to this rounded enclave is the Roman Forum, nerve center of ancient Rome, where you should make an escape when you finish the guided route. 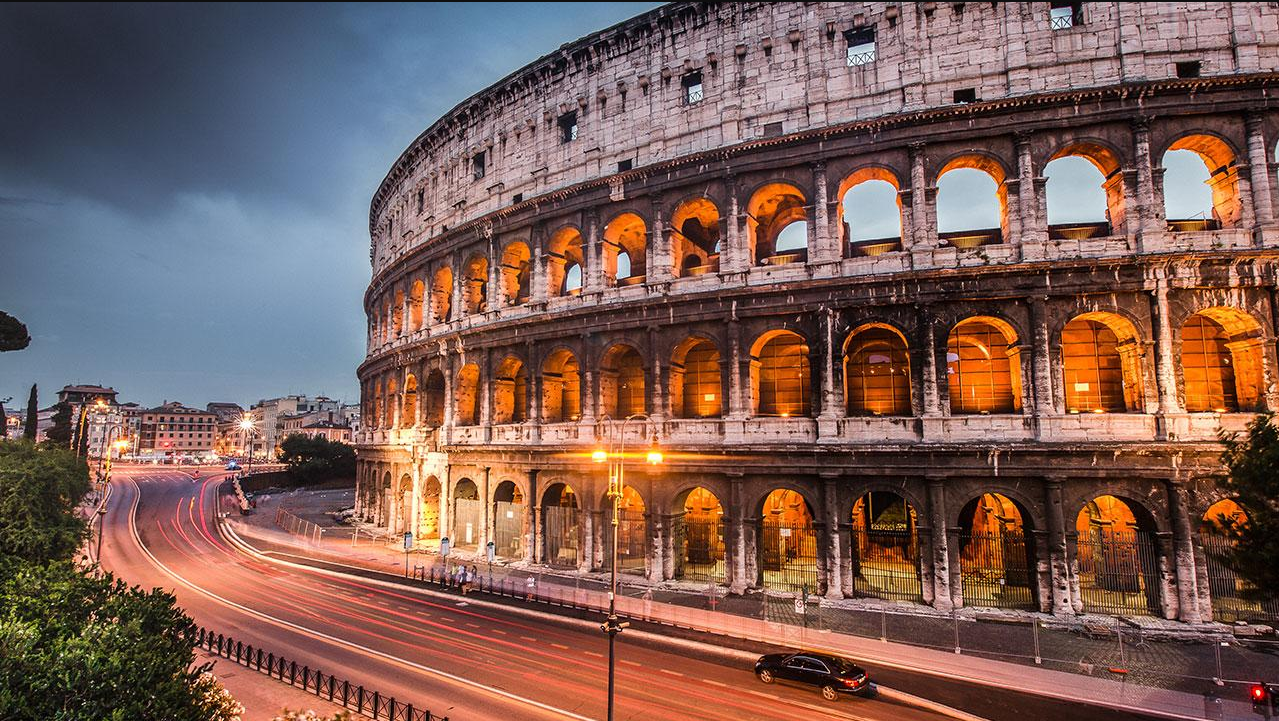 Another of the landscapes that can be enjoyed in Rome

The Pantheon of Agrippa is another of the key points of every visit to Rome. Regarded as one of the most striking buildings in the world, its 16-column entrance is always among the photos that tourists take home. But, without a doubt, what strikes most those who come to him is his huge inner dome. Its diameter, 43.3 meters, offers an opening of almost nine meters wide responsible for letting the sunlight – and even rainwater – that calls its ‘door’ wishing to enter this ancient temple dedicated to all The Roman gods.

Around the Pantheon you can find very good restaurants where you can taste a good homemade pizza or a pasta dish that leaves you without hiccups. They are not usually cheap, but your stomach will be eternally grateful if you sit at the table in one of these places. Before 2012, to quench hunger there was a cheaper possibility that currently cannot be carried out. The tourists who wanted to sit on the steps of the Plaza of Spain to take a sandwich or a slice of pizza enjoying the life of the city, but after the legislative veto are not allowed to rest between its 135 steps.

Do you know about the capital city of Israel ?

The Vatican and religion in Rome

Although Vatican City is a sovereign state, thinking about traveling to Rome inevitably invites you to ‘cross borders’ and take a stroll through the well-known Piazza San Petro. Considered as one of the most beautiful squares in the world, its rows of columns invite devotees and tourists to enjoy all the hours that are needed of an enclave of singular dedication to religious art. Among the advantages of contracting the planned plans is the fact that the entrance is prepaid and reserved , which greatly facilitates access and allows you to forget long lines being ‘harassed’ by local guides who offer you their services.

The magic of the Vatican seeps through the walls. Especially for those of the Sistine Chapel. This chapel of the Basilica of St. Peter is the most studied room of the Apostolic Palace of the Vatican City, a room responsible for more than one torticollis caused by the obnubilation produced by the colors immortalized by the fantastic Michelangelo. The frescoes of this chapel, whose name is due to Pope Sixtus IV, have survived thanks to successive restorations that have managed to keep their mark victorious over the passage of time. 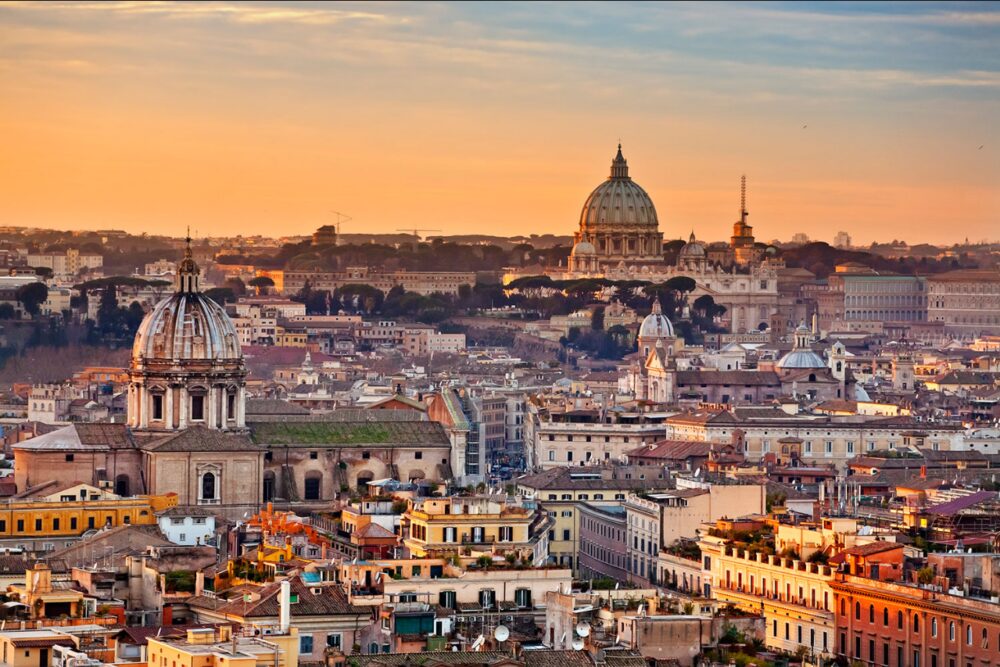 And is that Rome is not understood without their religious connection. Besides the Vatican, walking the streets of the city is a constant encounter with churches and temples of all kinds and appearances. Among the most outstanding can not miss Santa María la Mayor – whose highest point is 75 meters from the ground -; San Pietro in Vincoli – very visited by the fervent followers of the chisel of Michelangelo, because in its interior is the famous “Moses” or the Basilica of San Giovanni in Laterano – something less traveled and with imposing sculptures representing the apostles -.

Who does not remember the bath that Anita Ekberg took in the Fontana di Trevi during the filming of the movie ‘La Dolce Vita’? Surely you will want to imitate this blonde actress who unfolded her black dress by the waters of the fountain, but will have to settle for throwing a coin inside her while making a wish. The name of the most famous source of Rome evokes the physical place where it is, because to it end three streets that in Italian would be designated as ‘tre vie’ – three ways.

The Trastévere is, using classical Latin, another place ‘sine qua non’ in Rome. This neighborhood of colorful facades and balconies plagued by pots is an ideal environment to enter into a bohemian and dreamy world. A twenty minute walk from the Roman center, the Trastévere breathes atmosphere of ancient city while the river Tiber inspires the street artists who flood the sidewalks with their paintings and watercolors.

Some of them also include among their pictorial themes the Castle of Sant’Angelo , which in 135 AD had visions of becoming a mausoleum for the Emperor Hadrian and his family. Finally, at the end of the works, it became a military building that became part of the Aurelian Wall in 403. The seraph that can be seen at the top of the castle is honoring the archangel Michael, who according to the pope Gregory I appeared in 590 to announce the end of the plague pandemic that Rome was suffering. More than 700 years later, Sant’Angelo was annexed to the Vatican through a fortified corridor that would serve as an escape route in case any Supreme Pontiff was in danger. One more curiosity that encourages to know Rome ‘ad infinitum’