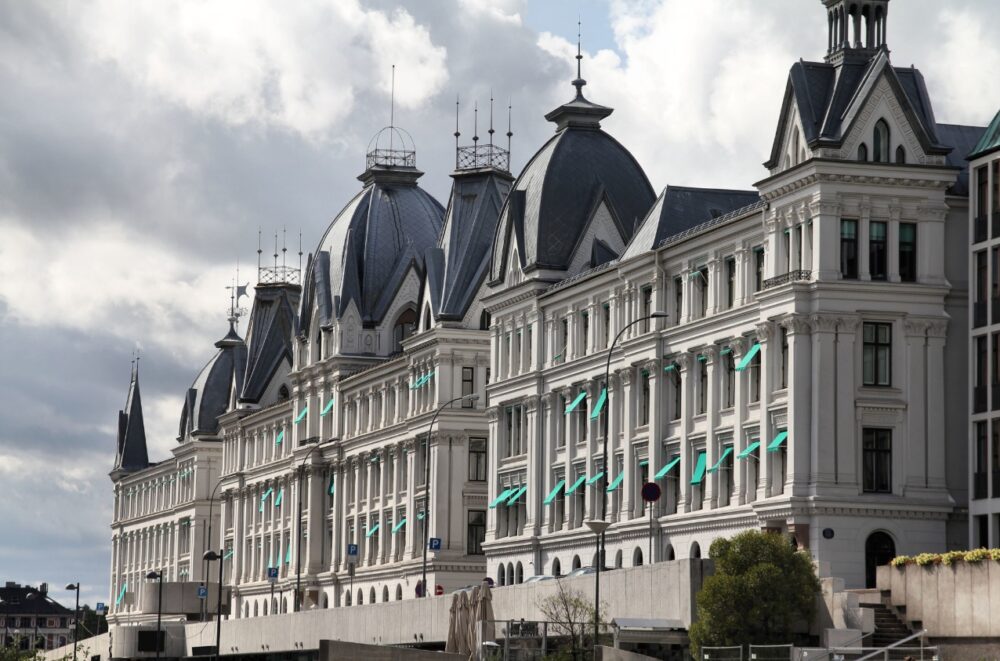 Oslo . It is the most populated and capital city of Norway, is a politically Municipality , established the 3 of January of 1838 and as an independent province in 1842 . According to the census of 1 of January of 2009 it had a population of 590,041 inhabitants, which puts it in third place and most populous urban area Scandinavian, second only to Copenhagen and Stockholm . It has an area of ​​154 km², of which 115 km² are urban and 7 km² are rural.

History
Oslo was founded by King Harald Hardrade approximately 1048 AD not in the beginning was not one of the first cities in importance of the country as the thriving and consolidated city commercial Bergen and religious capital called Nidaros widely outnumbered expansion and development.

In 1314 King Haakon V who was the first monarch to reside permanently in the city, was the one that names it like capital. 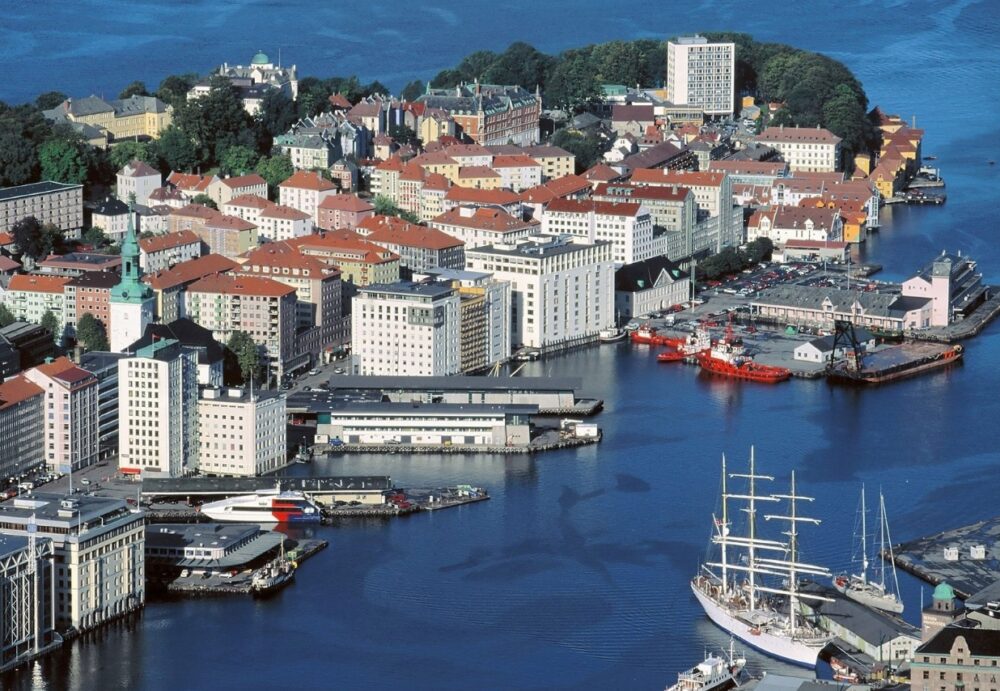 The city was almost completely destroyed by several fires that ravaged the Middle Ages but was rebuilt.

It lost the capital status during the union with Denmark , since Norway was the weakest part; For which it reduced itself to being the administrative city of the Danish power .

In the sixteenth century with the arrival of the Reformation the numerous churches and convents abundant in resources, were subjected to looting and abandoned to ruin after the fires that struck the city, many of them were destroyed to use the Stone in other constructive works . This reform marked a setback in the development of the city.

Do you want to know about Capital city of North Korea?

After being burned down and destroyed, it was rebuilt in the early eighteenth century , which was a time of prosperity, which experienced economic growth thanks to maritime trade and timber exports .

The nineteenth century was a period of progress and expansion for the city and several buildings were built as the Royal Palace, the University , the Storting and the National Theater among others, at this stage emerged new neighborhoods where immigrants who sought employment in The new factories that were established in the second half of this century. This growth was responsible for that Cristiania (name that received the city years ago) displaced to Bergen like the most populated city of Norway in 1850 . 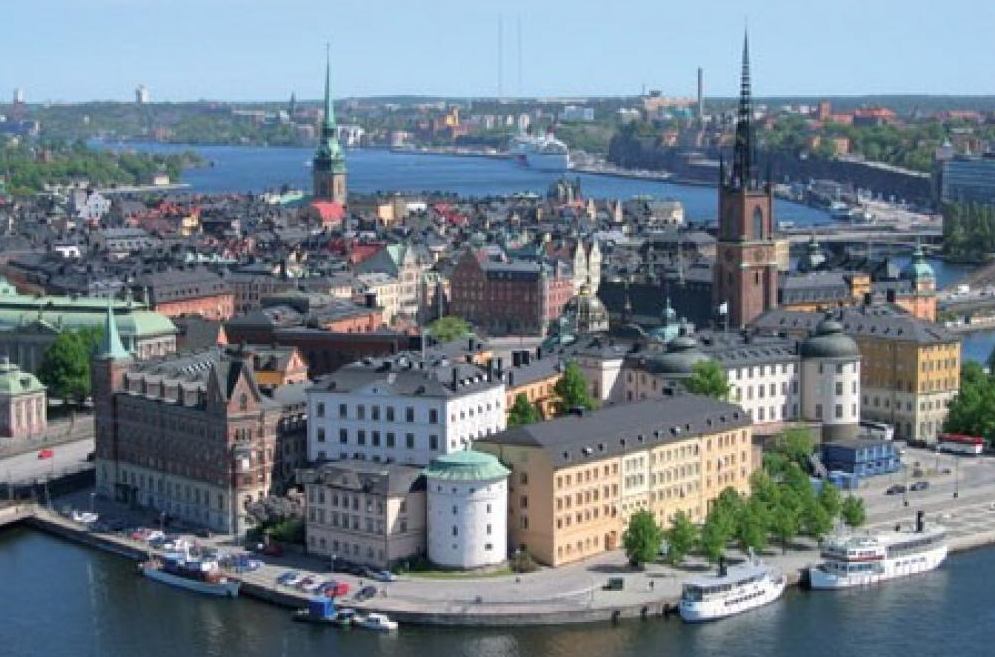 The city continued to grow as more areas were incorporated until in 1924 , the original name, restored in Oslo, was restored.

In 1950 Oslo City Council was finally inaugurated, which is the place where the Nobel Peace Prize is awarded every 10 December .

In April of 1940 the German invasion of Norway was among the main objectives to Oslo, because the Nazis needed this port to maintain supplies to troops in Narvik , to the north .

The Nazis decided to stop the naval attack on Oslo because of the strong coastal defenses that even drove the German cruiser Blücher on 9 April , but the attack was not long in coming and the Norwegian government was able to escape from the capital. Gold reserves , but German paratroopers took the airfield, which offered little resistance and so entered and occupied Oslo.

Today Oslo continues to be a source of controversy and friction for the importance as political, cultural and economic capital within the whole Norwegian set.

Geography
Oslo is located at the head of the fjord of the same name, the city is surrounded by hills and mountains . The highest point of the city is Kirkeberget, at 629 m in height, the area it occupies is exceptionally large, of which two thirds are protected areas like forests, hills and lakes so there are many parks and outdoor areas , Which give it an image of freshness and greenery.

The population of the city is small compared to most European capitals if compared to its extent.

There are 40 islands within the city limits, the largest being Malmoya with 0.56 km², there are also 343 lakes, Maridalsvannet being the largest with 3.91 km², these lakes serve as a source of drinking water to the city.

Oslo is crossed by two small rivers Akerselva and Alna, the latter is considered the largest, the Akerselva separates the city in east and west, and ends at the fjord in the area of ​​Bjorvika, however the river Alna runs through Groruddalen , The largest district of Oslo and the industrial area of ​​the city.


Climate It has a climate humid continental with cool summers where rain average annual can reach 763 mm and maximum daily temperatures range between 15.1 and 15.5 ° C on average during the months of summer from June to August and temperatures Cooler ones appear at the end of October . The maximum temperature recorded in the city was 35 ° C on July 21 , 1901 .
Population
The population of Oslo according to the census of 2009 was about 590,041 inhabitants of them about 25% of the population (about 140,000 inhabitants) is immigrant, among them the Norwegians of Pakistani origin with about 20,036 inhabitants, followed by the Somalis with about 9,708, then Swedes with 7,462 and Sinhalese with about 7,128. Other important communities are of Polish, Vietnamese , Turkish , Iraqi and Danish origin .
Economy
It is an important port city and economic center of the maritime sector in Europe , it has some of the world’s largest ship, cargo and insurance companies within the approximately 980 companies and 8,500 employees in the sector. On the outskirts of Oslo lies one of the three leading classification societies in the world, the famous Det Norske Veritas , based in Høvik , with 16.5% of the world fleet on record. The port of Oslo is the country’s largest port and passenger port.
Related Posts:

Related Items:capital of kenya, oslo population, the capital of australia