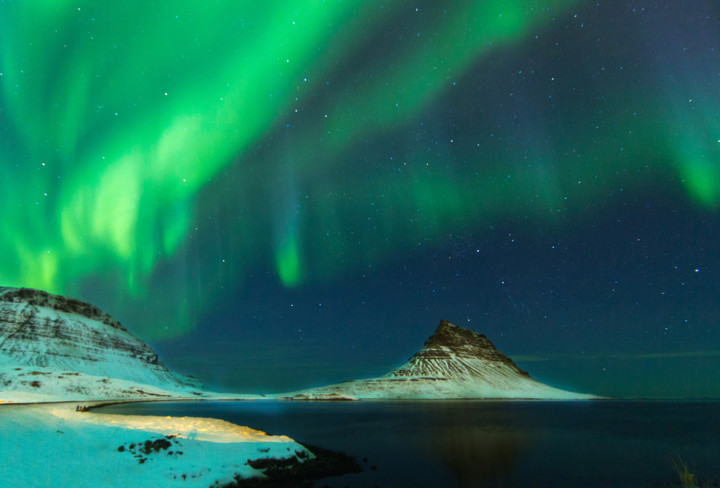 What are the northern lights?

The aurora borealis is the visual result of the solar particles that enter the Earth’s magnetic field in the upper atmosphere, and ionize. Its intensity depends on the solar activity and the speed of acceleration of these particles.

They appear in the form of lights that dance high in the sky and vary in color. They are usually green, but sometimes they can also be violet, red, pink, orange and blue. Its colors depend on the ionized elements.

However, solar activity is not regular. Even if it is a dark and clear night, if there is hardly any solar activity there may not be any chance of seeing auroras, no matter how far north you are. In the same way, on a summer day, the sky may be full of northern lights but they cannot be seen by the brightness of the sun.

Before science could explain what these lights that danced in the sky were, there were many theories that spread across different cultures. The ancient Norse, for example, believed that they could be the flash of the Valkyrie’s armor, the legendary female figures who chose who would live and die in battle, and lead the dead to the next life.

Some groups of Native Americans believed they represented the spirits of the dead: the brighter they shone, the happier they were said to be the dead. 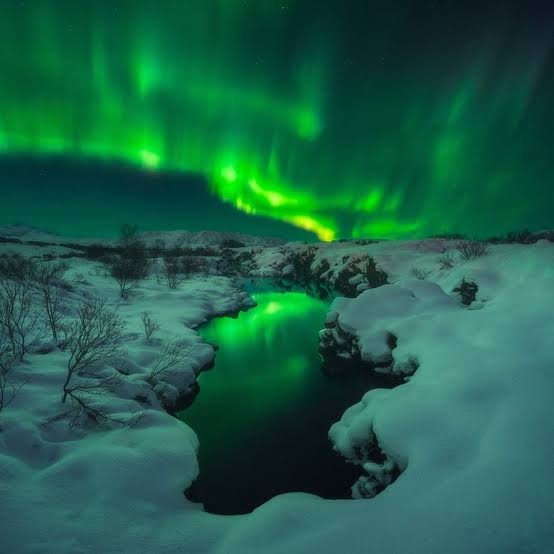 The auroras have also been considered omens. After Christianization in medieval Europe, they were often seen as a warning for the dark times that were to come.

On the other hand, the Confederates who saw them in the sky at the Battle of Fredericksburg believed that they were a positive omen. However, although they brutally won this fight, the positive effects of the dawn on their war efforts did not last long.

What are the optimal conditions to see the northern lights in Iceland?

Seeing the Northern Lights in all its splendor in Iceland requires patience, luck and the following conditions are met:

You should look for them between September and April (although they can be seen occasionally at the end of August, the brightness of the sun makes them very dim)

The night should be as dark as possible (for example, the full moon will dim the auroras)

There should be as little artificial light as possible.

The sky must be as clear as possible

There must be enough solar activity

The last two conditions can be checked before searching for auroras, checking the forecast of auroras and cloudiness in the sky. However, it is impossible to know what the forecast will be more than two days in advance. The prognosis is measured on a scale of 0 to 9, where more than a 2 is normally promising. To have some advice about going to see the northern Iceland lights visit Iceland northern lights tours.

Despite popular belief, it is colder does not mean there are more northern lights. In fact, you probably have a better experience the hotter it is, since you can comfortably marvel at this phenomenon for longer.

Even if all of the above conditions seem perfect, nature is unpredictable and may not be displayed. Therefore, it is true that the longer you are in Iceland, the greater the chances of seeing them. If you come only for a couple of days, you are limiting your chances of having a clear sky and active northern lights. Keep this in mind when booking your trip.

Another way to ensure the best chance of catching auroras is by traveling to the Western Fjords or north of Iceland. These areas have more hours of darkness and, therefore, provide more opportunities to see the northern lights. In Reykjavik, in the winter equinox, you will have about twenty hours of darkness, while in the northernmost regions, you will have about twenty-two. The north of Iceland, especially to the east, also tends to have a lighter climate than the southeast.

If you travel in September or April, you can choose to camp in Iceland. Of course, sleeping under a blanket of stars greatly increases the possibility of seeing auroras. Since most campsites are rural, light pollution will often be minimal.

Even so, there is a slight probability that, even if you take advantage of all the opportunities, you still do not see them. That said, there is also the possibility of seeing them on the plane traveling to Iceland, or in the car on the way to the airport. As mentioned earlier, luck is always a factor that depends on nature, especially in terms of northern lights. 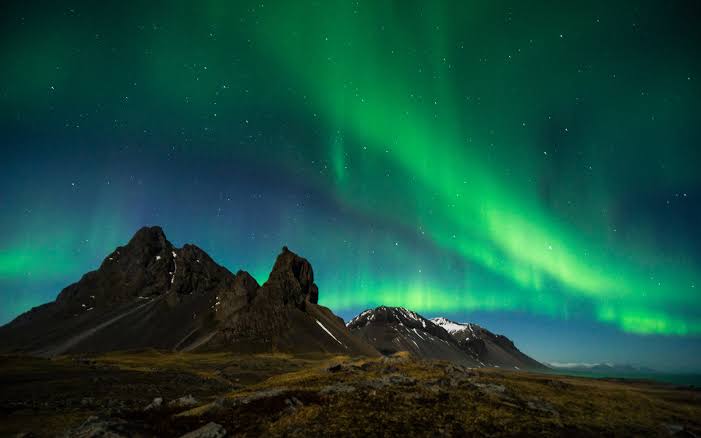 What is the best way to look for northern lights in Iceland?

To get the best chance to see Northern Lights in Iceland you have four options. The first is to look for them without leaving the city where you are staying; the second is through a guided nature tour; the third is to drive and search for yourself, and the last one is through a boat trip.

Search for Northern Lights in Reykjavik

If you have little budget and the idea of renting a car to see Northern Lights or booking a boat tour is too extravagant, you can always look for them in the city or in the town where you are staying.

The best way to see them is to find the darkest place possible and wait for your eyes to get used. Reykjavik, for example, is a very large city and has several parks, so there are a few places to do so.

Perhaps, the best place for this is in the lighthouse of Grótta or on the Seltjarnarnes peninsula, in the most northwest area of ​​the capital. In this section, there is very little light pollution, which means that, on clear nights and with a favorable prognosis, the chances that you will see them are very high. There is also a geothermal bathtub where you can warm your feet while you wait for them to appear.

Öskjuhlíð is another great place to hunt auroras. The forest surrounding the popular Perlan restaurant and museum is very dark, so observing the sky from one of its clearings often gives great results. If not, you can do it from one of the city’s parks, such as Klambratún or Laugardalur, the largest in the capital.

In settlements outside Reykjavik, there is generally much less light pollution, which makes it easier. The main exception is Akureyri, where you may have to go outside the city to find a dark enough observation point.

Unfortunately, the search for northern lights in urban areas has several drawbacks. First, there will always be more light pollution in towns and cities than in the unspoiled landscapes of Iceland’s nature. Secondly, there is not enough mobility, so if there is a small layer of clouds that blocks the auroras, you will not be able to move around it to see them better.

Keep in mind that, when the auroras are very strong, you may be able to see them from urban areas, even with light pollution, such as an outdoor brewery, your hotel or on the street. Of course, they will be much more intense the darker their surroundings.

Search for northern lights on a guided tour in Iceland

The most common way to hunt the northern lights is by taking a nature-guided tour. These excursions are held regularly from September to April when the season begins. If the activity is canceled or you cannot see them, you will have another free opportunity.

The advantages of this tour are quite a lot. You will be under the care of an auroras expert, who knows where to find them and how to photograph them; you can move to where the forecast is highest and cloud cover is minimal, and you won’t have to worry about driving in the winter conditions of Iceland.