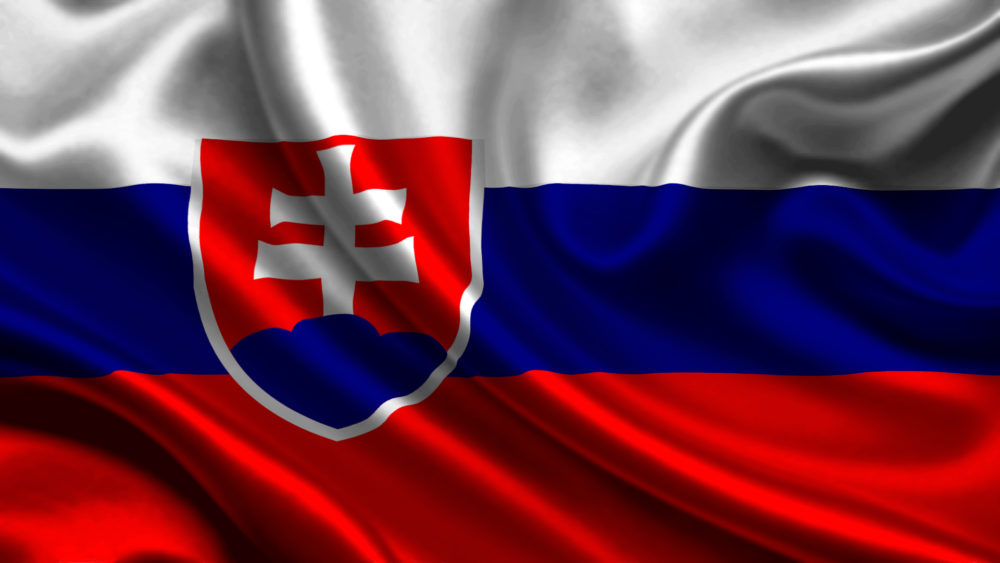 The national flag of Slovakia is composed of three horizontal stripes of the same dimensions, a design in which it coincides with many others flags in the world. In its case, however, it is practically unique, since it opted for the following distribution: upper white stripe, central blue and lower dark red. In the central part of the national flag of slovkia we can find the national coat of arms, although curiously the same one has not been on the center of the flag, as it happens with others, but it has been hardly moved towards the left edge of the image. 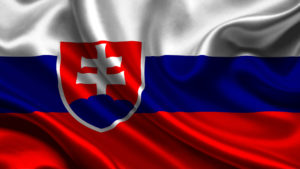 The national flag of Slovakia is composed by the white, blue and red pan-Slavic tricolor. From 1918 to 1993, there was a common state of Czechs and Slovaks, so that the current flag of Slovakia has not been adopted until the breakup of Czechoslovakia. The double cross erected on three hills, which is closer to the left side of the flag, indicates the beginnings of Christianity in the area of ​​the Carpathians.

The emblem was a symbol of the Slovaks for a long time, but the tricolor was not adopted until 1848, when many Slav nations inspired Russia as the only independent Slav during the struggles for independence of the Austro-Hungarian Empire. The national flag of Slovakia was adopted on June 23, 1939 and was used until 1945. It did not return to be official until the 1 of March of 1990, although the independence would not arrive until the year 1992.

The shield on red field, early with a double silver cross mounted on the central peak of the blue group of three hills. The national emblem provides a key to understanding the history of a nation as well as its character and soul. The three blue hills are suggested as the symbolic panorama of Slovakia. From time immemorial the people of this land looked at the hills and mountains as their home and shelter. The hills and mountains of Slovakia have inspired countless tales and folk songs, and they are also spoken of in the national anthem. The double cross is the symbol of three prominent saints: St. Benedict – the father of Western monasticism, as well as St. Cyrilo and St. Methodius – two Byzantine brothers who did apostolate in the Slovak people. 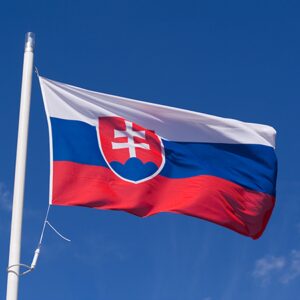 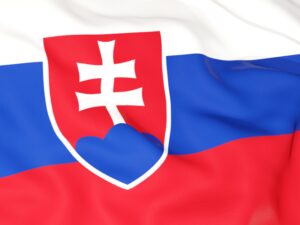