The national flag of Russia appeared between centuries XVII – XVIII. Currently the flag of the Russian Federation is a canvas with three horizontal stripes, the white is the upper, the blue is in the middle and the red is the bottom. 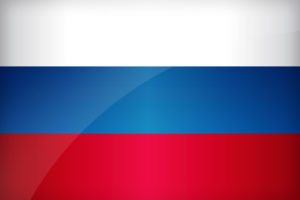 Every year, on August 22, National Flag Day is celebrated in Russia. It was precisely that summer day in 1991 when the current national flag of Russia was erected on the White House in Moscow, replacing the red flag of the USSR.

As of November 1, 1991, the white, blue-red and red flag was inscribed in the Constitution of the Russian Soviet Socialist Federative Republic (RSFSR) as the national flag of the country. It consisted of a perfect rectangle, whose length was twice the width.

The November to December of 1993 the then Russian President Boris Yeltsin signed a decree according to which the color of the middle strip of the flag changed to indigo blue and varied proportions, width to length is now 2: 3. This latest version of the flag remains the national symbol of Russia to this day.

In the time of Pedro the Great the red in the national flag of Russia is symbolized the sovereignty; the blue, the color of the mother of God, protector of Russia; and white, freedom and independence. In addition to that, the three colors represented the community of White Russia (Belarus), Minor Russia (Ukraine) and Great Russia.

At present, there is an unofficial theory about the meaning of these three colors: white symbolizes peace, purity and perfection; the blue, the faith and the fidelity; the red represents energy, power and bloodshed by the motherland. 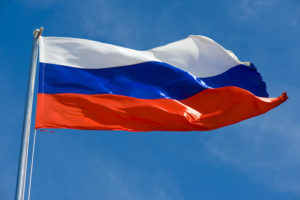 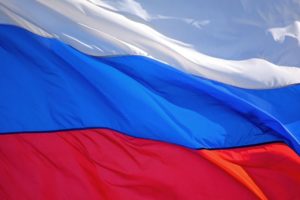