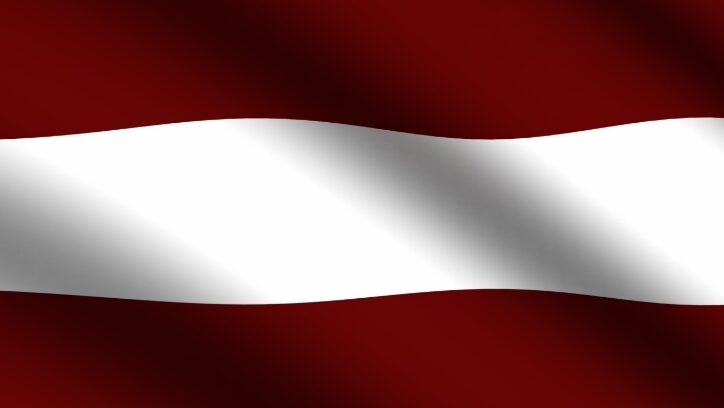 The national flag of Latvia consists of three horizontal stripes – two wide stripes of crimson color are found at the top and at the bottom and a narrow white are in the middle. Apparently, the flag dates back to the 13th century, when it served as the flag of a warrior, and therefore belongs to one of the oldest in the world. The current national flag of Latvia was designed in 1917 and was officially adopted as the Latvia national flag in 1921. The flag was banned in times of Soviet domination, but people sometimes used it as an expression of disagreement with this condition. It has not been adopted until 1991, when Latvia became an independent state.

Meaning of the national flag of Latvia is Peace; there are two colors in flag, white and red. Red color is for those who sacrifices for the nation and white color means peace in the nation.

Do you know about The National Flag of Laos?

Documentary records of the second half of conserved century XIII about red banner with a white stripe, then used by the ancient Latvian tribes in their clashes with similar Estonian. Consequently, Latvia’s homeland is among the oldest in the world. In the late sixties of the nineteenth century the then student Jekabs Lautenbahs-Jusmins – later professor and scholar of folklore, found evidence of the red-white-red emblem in the “Chronicle of the Order of Livonia” (Reimchronik). This chronicle recounts the events in the territory of Latvia until 1290, extolling the merits of the German crusaders in the Christianization of pagan inhabitants. Based on the above historical findings, In May of 1917 the artist Anises Cirulis conceived and presented the splendid current design. The designs of the flag (karogs) and of the shield were approved by the Parliament the 15 of June of 1921. 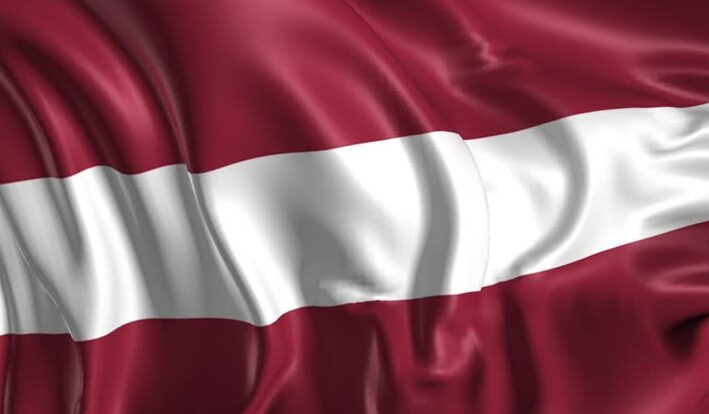 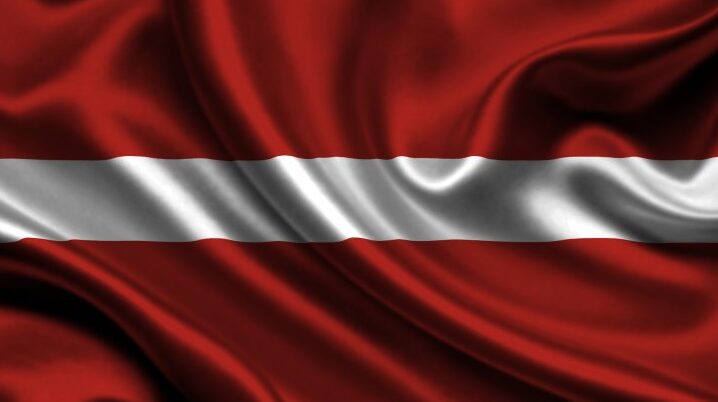