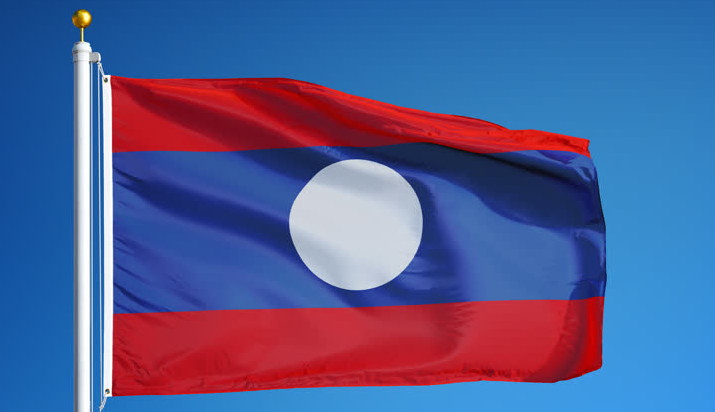 The national flag of Laos has an unconventional design in comparison with the other communist flags. Instead of the typical star, there is a white circle in the center of a wide blue strip. In addition, the blue band is bordered by two narrow red stripes in the Laos national flag.

In the national flag of Laos the red color means the bloodshed by Lao people during the struggles for freedom.

The blue symbolizes the Mekong River and also holiness in this country.

Do you know the National Flag of Kuwait?

The white disk symbolizes the full moon against the Mekong River, but it also means the unity of the people under the Lao People’s Revolutionary Party, as well as the bright future of the country.

National flag of Laos was adopted in 1975, when the country became a Republic Popular. It is one of the few communist flags that do not use the five-pointed star as an emblem. This flag replaced the original flag of Laos, which was red, with a white elephant with three heads on a pedestal below an umbrella. This expresses the country’s old name, “Land of the Million Elephants”, and dates back to the 19th century.

The flag consists of three horizontal stripes; half blue strip is twice the height of the red stripes upper and lower. In the center there is a white disk, the diameter of the disk is 0.8 times the height of the blue strip. The flag ratio is 2: 3. It is said that the white disk represents a full moon reflected in the Mekong River. The red stripes represent the bloodshed by the people in their struggle for freedom, and the blue symbolizes prosperity.

It consists of three horizontal bands, the upper and lower is vermilion red, while the middle is blue. At the center is a white disk with a diameter equivalent to 4/5 of the height of the central stripe. 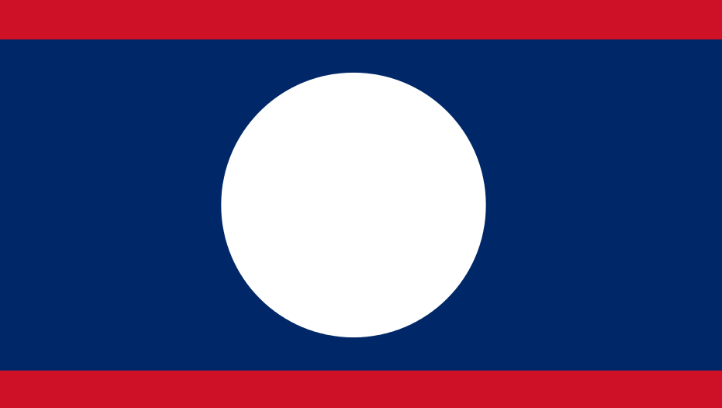 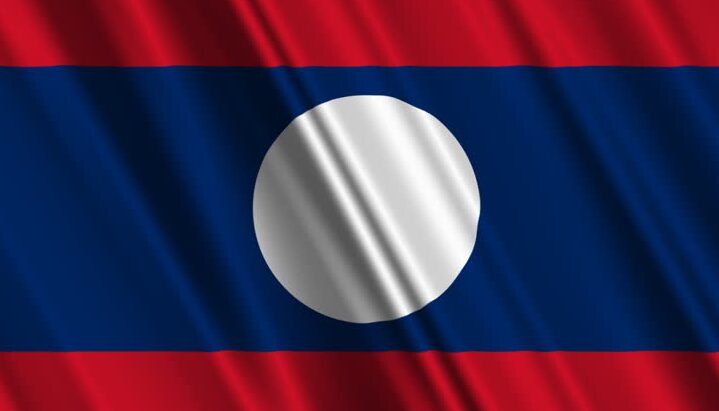