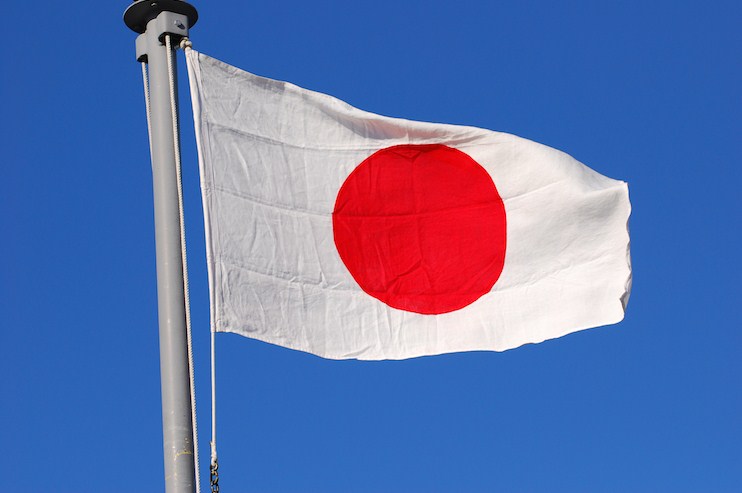 The national flag of Japan is the flag that represents the country and that, along with the national shield and the national anthem, has the category of patriotic symbol. It consists of a white rectangle and a large red disk (representing the Sun) in the center. National Flag of Japan is officially called Nisshoki ( “sun shaped flag”) in Japanese, but is more commonly known as Hinomaru ( “sun disc”).

In the national flag of Japan proportions of the rectangle are of 2: 3, although in its original version they were of 7:10. The white flag with red circumference in the middle is an allusion that Japan was the “land of the rising sun”, being in the eastern end of Asia.

Do you know about the National Flag of Jamaica ?

The Japanese national flag was officially adopted on February 27, 1870. Officially its name is Nisshioki nomaru, which means “circle of the sun”. The flag of Japan consists of a red circle in the center of a white rectangle. The flag of Japan has had some variants, mainly versions that include the rays of the sun. The flag of the rising sun was used as a naval insignia, and consists of a disk of the sun surrounded by sixteen rays of sun. Amaterasu o-Mikami, goddess of the Sun and important figure in Japanese mythology. The exact origin of the Hinomaru is unknown, although it seems that the rising sun had a symbolic meaning from beginnings of century VII. Japan is frequently mentioned in various ancient texts as “the land of the rising sun, besides that this star is strongly related to the imperial family since the myth of the creation of Japan affirms that the members of the throne are descendants of the goddess Amaterasu. In 607, an official correspondence beginning with “The Emperor of the Rising Sun” was sent to the Emperor Yang of Sui. Historically, in Japan great importance was given to flags, banners and blazons, especially during battles. The first mentions of flags related to this country come from Chinese chronicles where it is described that messengers from Japan carried yellow banners, besides giving away banners with gold brocade, as well as swords. Along with the flags were developed the Mon or blazons of which it has record of its use from the Nara period. During this time the most used was the one of the “nine stars”, and its use did not have military aims yet, but, for example, they were used to distinguish the transports where the officers of the Imperial Court traveled.

The origin of the Japanese flag is unknown, although there are many historical facts and cultural traditions that give an idea of ​​why the current design was chosen. The most defended argument is the linking of Japan with its own denomination of “land of the rising sun”. From the religious point of view, the imperial families were based on a mythological descendant of the goddess Amaterasu, also known as Goddess of the Sun, in whose honor they would have adopted the symbol.

The flag must be hoisted from dawn to sunset, although schools and businesses are allowed to hoist it from its opening to closing. When the flag of Japan is hoisted along with that of another country simultaneously, the Japanese flag takes the position of honor and the flag of the other country is hoisted to its right. Both flags should be at the same height and be the same size. When more than one foreign flag is hoisted together with the host, the flags are placed according to the alphabetical order of their countries according to the order prescribed by the United Nations. When the flag becomes unusable for later use, it is tradition that it is incinerated in private. 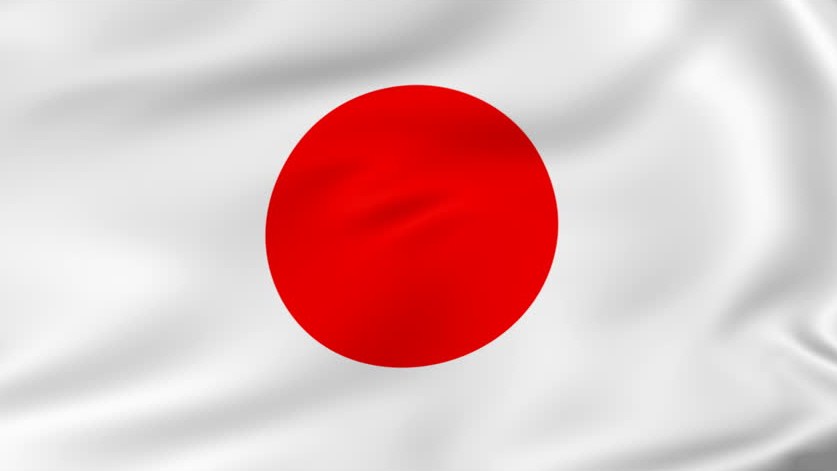