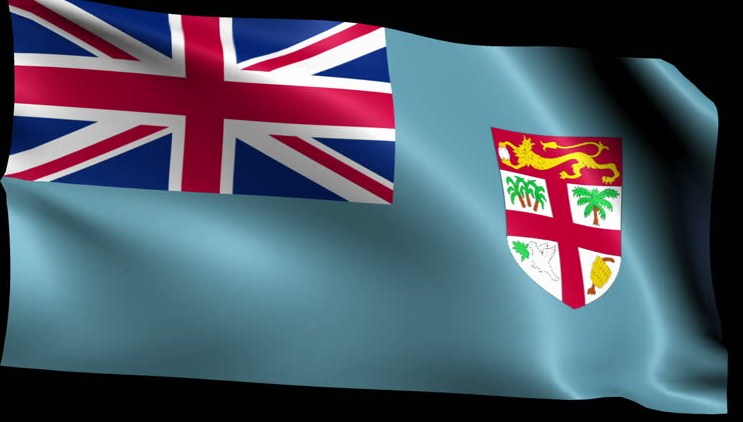 The national flag of Fiji was adopted on October 10, 1970. The design of the national flag was selected as the result of a joint contest won by Mr. Robi Wilcock and Ms. Murray Mac Kenzie.

The flag of Fiji waved for the first time on Independence Day, October 10, 1970. It includes the Great Britain flag in the upper left corner and the coat of arms of Fiji on a light blue background symbolizing the Pacific Ocean.

The National Shield of Fiji consists of the pictures of the two Fijian warriors on each side of the shield and the motto “Rerevaka na Kalou ka Doka na Tui” below the shield. These words mean “Fear God and honor the Queen”. The coat of arms has the image of a heraldic lion holding a cacao ear on top. Sugarcane, coconut palm and banana pineapple are represented in three of the shield sections. The fourth contains the reproduction of a dove of peace, the main feature of the Cakobau Government’s flag before cession.

Did you know about the National Flag of Ethiopia ?

Blue color of Fiji flag means water, because it is an Iceland.

The Fiji Islands are 333 islands located in the southern Pacific Ocean that have beautiful beaches, coral reefs and tropical rainforests. Most of the population lives on the largest island, Viti Levu, where Suva is the capital. After 96 years as a British colony, the Republic of the Fiji Islands gained independence in 1970.

The Fijians of Indian origin are mostly Hindus, while the native Fijians are mostly Christians. Tension between the two communities caused two coups: one in 1987 and another in 2000. Democracy was re-established in 2001 and a record number of tourists visited the country. 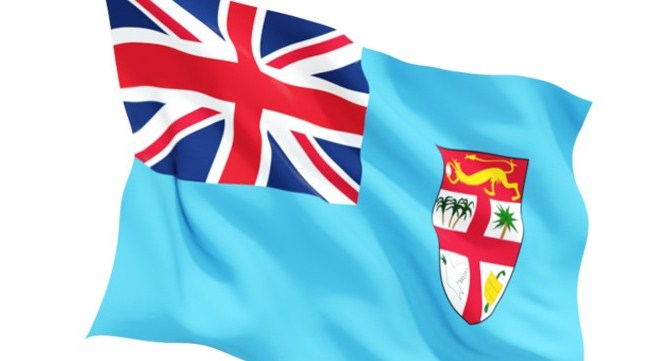