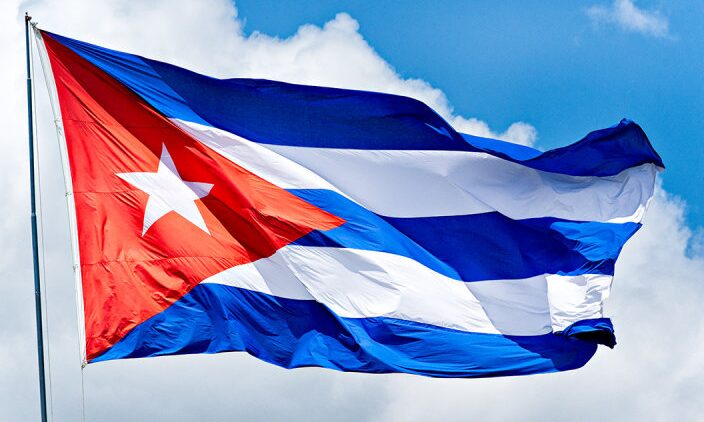 The national flag of Cuba flew for the first time in in a public building in Cardenas, Matanzas province, on May 19, 1850.

Between 1848 and 1849, Narciso Lopez, a Venezuelan by birth, was in the United States preparing an invasion to free Cuba. It was then that the flag of the solitary star was conceived. The plan was exclusively for Narciso Lopez and the execution was due to the poet and patriot Miguel Teurbe Tolon. He modified the original plan of the Cuban national flag, influenced by the American flag, which he admired as the most beautiful of modern nations.

Do you know about the National Flag of Costa Rica?

The shape of the national flag Cuba was rectangular, with three blue stripes representing the three military departments in which the Spaniards had divided the Island from 1829, Occidental, Central and Oriental, these strips divided by two white stripes symbol of the purity of intentions Of the liberators.

A red equilateral triangle, placing in the center a white five-pointed star, with a point upwards with the flag horizontally, representing the star of Cuba rising on a field of blood to preside the fight and illuminate the road of freedom and independence.

When the country became an independent republic in 1902, the flag of Narciso Lopez was ratified as the national flag of Cuba.

The three stripes of blue represent the three military departments in which Cuba was divided at that time, these are the west, center and east. The white stripes symbolize the purity of the ideals and the light of the Cuban patriots. The equilateral triangle of red represents the three ideals: freedom, fraternity and equality.

The color red is the blood and courage of the Cuban inhabitants during the wars of independence. The white five-pointed star represents the new state that should be part of the United States and signifies strength, beauty, wisdom, virtue, and charity.

The stripes of the Cuban flag integrate symbolic numbers. The three blue stripes form the number 3 and represent harmony. The sum of the blue and white stripes is number 5 and signifies the vivifying spirit of nature. The number 7 is formed by the triangle, and the star is a number considered as divine by the Jews and Greeks. 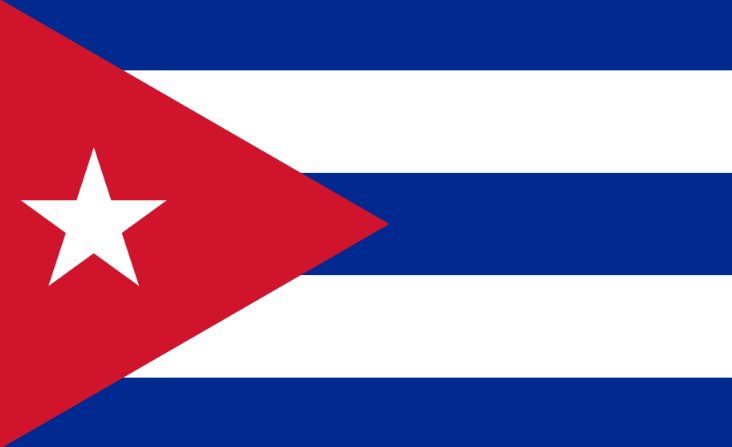