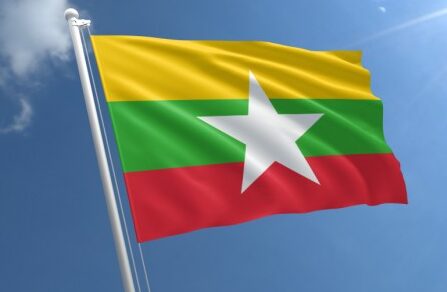 National Flag of Burma is changed. They adopted the new state flag on October 21, 2010 to replace the old flag, in use since 1974. The new flag was introduced along with the implementation of changes in the name of the country, which were established in the Constitution of 2008.

The new flag has horizontal stripes of yellow, green and red with a large white star in the center. The three colors of the stripes are meant to symbolize solidarity, peace and tranquility, and courage and decision.

Do you know about the National Flag of Burkina Faso ?

Former National Flag of Burma was rectangular in shape and its background color is red with a dark blue canton in the upper left corner. A cogwheel and rice plant surrounded by fourteen white stars of equal size is superimposed over the dark blue field of the canton. The wheel has fourteen teeth of equal size and within it are two ears of rice containing 34 grains. At the top of each tooth of the pinion is a five-pointed star. Rice represents peasants, while the wheel represents the workers who make up the majority of the people in the country, 14 white stars symbolize equal status and the spirit of union of the 7 States and 7 Divisions that make up the Union of Burma. The three colors of the flag, Red means courage and decision, white means purity and virtue and dark blue represents peace and integrity. This flag was official until the year 2010. 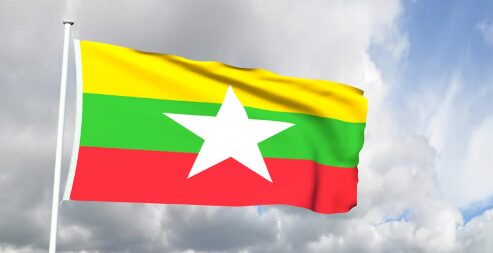 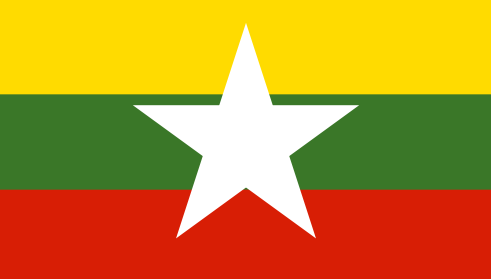