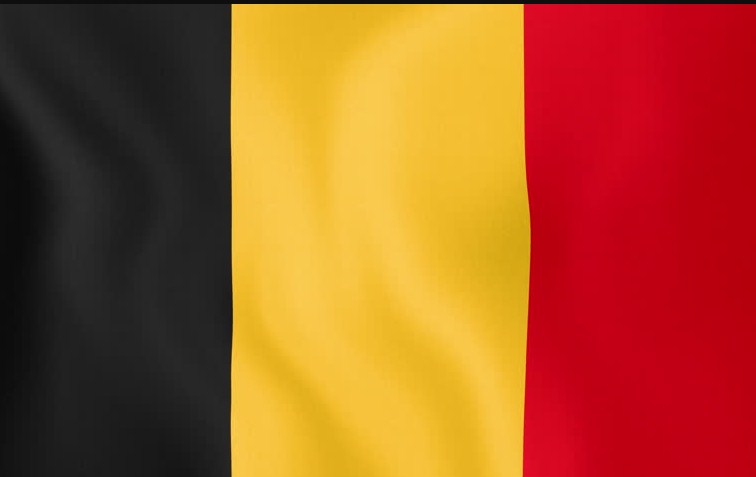 The National Flag of Belgium consists of three equal vertical bands of colors black, yellow and red, taken from the shield of the Duchy of Brabant.

The colors of the national flag of Belgium were taken from the reference of the coat of arms of Brabant, a province that was in the old Netherlands, what today is Holland and Belgium, which extended from Wallon to Wallon Barbant, Crossing the provinces of Flemish Brabant, Antwerp and Brussels, until arriving at the province of Brabant of the north.

Do you know about National Flag of Belarus ?

The arms of Brabant are displayed on a black background of a shield with a rampant yellow lion whose head looks at the one who observes him to the left and with his claws and red tongue.

The old black flags, which were horizontally fringed, were first waved during Barbant’s revolution in 1789, exactly in December, when the Belgians tried ineffectively against the Hasburg – Austrians. At that time the colors of the flag that was waved were red, yellow black.

Although officially the first Belgian flag was composed of vertical stripes, which was divided horizontally in the colors red, yellow and black. This happened in the year 1830.

On January 23, 1831 the Belgian provisional government announced by decree that because of the report and proposal of the foreign relations committee, where it was considered that the Belgian people had adopted the colors red, yellow and black, as the colors which represented them, then those same colors had to be used by the Belgian army.

It is then decreed that the Belgian merchant flag is red, yellow and black which must be placed vertically, however no specific order was determined for the colors on the flag.

So on September 15, 1831, the Navy Department decreed that the black color should be aligned on the first skirt, the yellow should go in the middle and the red color at the end of the flag, and the department of the interior expressed a similar statement on October 12, 1931.

Each of the colors of the national flag of Belgium contains a particular meaning that we will see below:

Black: The color black is the reflection of each of the rebels who fought for the liberation of their homeland through long intervals of time.

Yellow: First, this symbolizes the wealth that exists in the country, which makes Belgium an exceptional nation. It also embodies the Belgian natural resources, which are a heritage for all the inhabitants of this area.

Red: It personifies the blood that was shed to obtain the independence of this country. It should be noted that Belgium had a long process of liberation, also had many revolts and civil wars within the same country.

The national flag of Belgium consists of three vertical stripes in black, yellow and red (from left to right). The format of three stripes was inspired by the flag of France. The colors were taken from the Dukes of Brabant (region between Belgium and Holland).