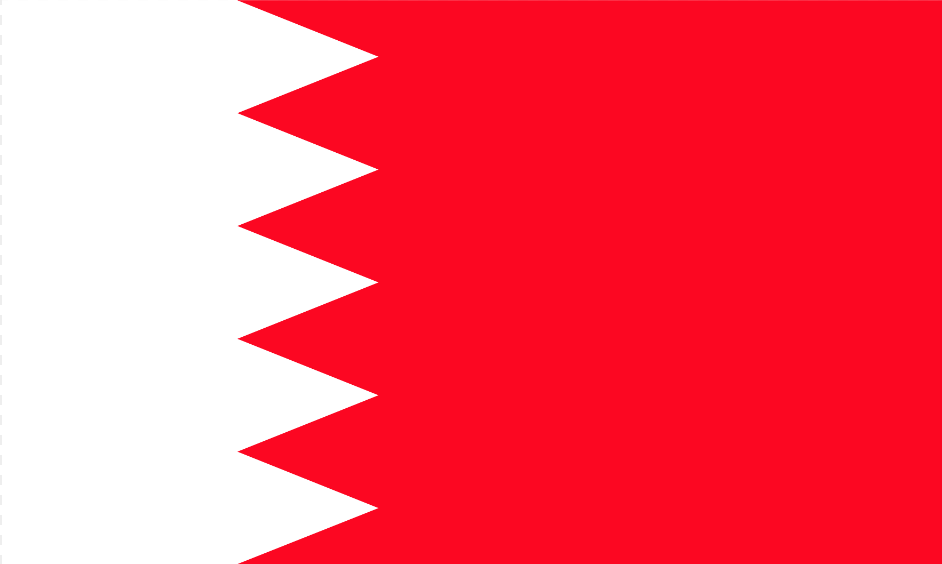 The national flag of Bahrain consists of a white band on the left, separated from a red area on the right by five triangles that draw a notched line. The red is the traditional color of flags of Arab states of the Persian Gulf. The white is on the side of the mast, the five triangles represent the five pillars of Islam. The national flag of Bahrain it is very similar to the Qatar flag, which has more points and has a darker red color. It is the official symbol of Forces and Land, the Navy and Bahrain Marine. Bahrain Royal Standard is used as the official flag of the royal family. The colors and pattern of the flag of Bahrain, and is repeated with the emblem of the country, which also serves as an integral part of the state. It was created in 1930 by a British adviser to the emir.

The national flag of Bahrain until 1820 it was a totally red flag that symbolizes the traditional colors of the jardinieres. This sect in the seventh century remained apart from the rest of the Muslim community. After having signed an agreement with Britain, Bahrain added to the narrow white stripe cloth, placing it along the axis of the flag. After 13 years a clear boundary between the white stripe and the red flag of the body has been replaced by a zig-zag, to distinguish between the national flag and similar symbols received in the regions.

The national flag of Bahrain and the flag of the Kingdom of Bahrain consist of white vertical stripes on the left and a red stripe on the right. Both patches are separated by five triangles that resemble a zig-zag line. The red color indicates the beliefs, the white color peace with its neighbors and the five triangles ultimately symbolize the five pillars of Islam.