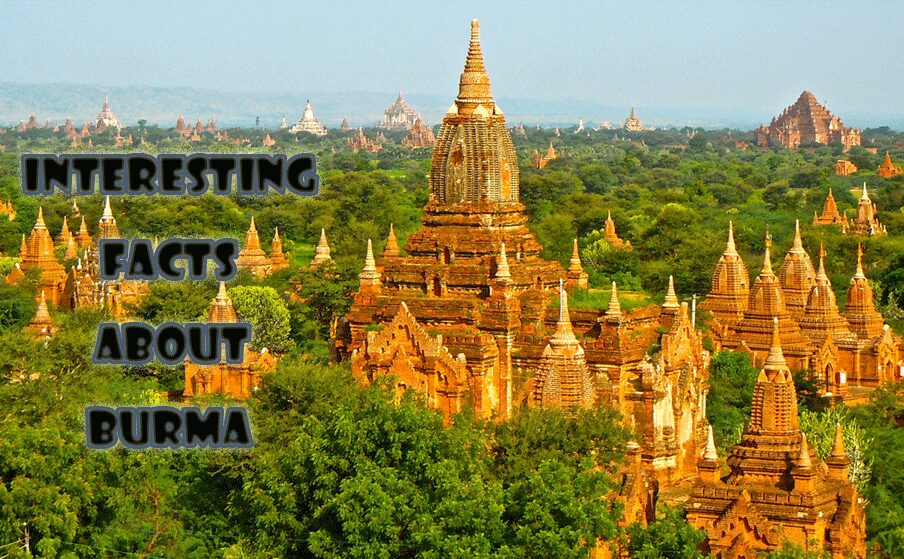 There are 10 interesting facts about Burma you need to know ! Note in your Myanmar Travel Guide. Travel brings a new discovery in the lifestyle culture of every country we visit. Each country tells us a different story about how they live every day, how they express emotion together, how they think and desire. In Myanmar, a country had been isolated by foreigners for a long time, is a new destination in Southeast Asia. Reopen the door of the world, Myanmar offers visitors many surprises when they enter his lifestyle without influence. If you are planning a trip to Myanmar, make sure you remember all the top 10 interesting facts as below.

Burmese Have Only First Name, No Name

It is very interesting that the Burmese names lack the serial quality of most modern names. The Burmese peoples do not have a customary patronymic system or matronym, so there is no name at all. They are normally named after the day they were born in the week, which is why many Burmese have the same name because there are only 7 days in a week. In Burmese culture, people can also change their names at will to reflect a change in their lives.

The custom of chewing betel

From my first trip to Myanmar, I am really surprised by the ‘red teeth’ of local people. They smile like ‘sun’, everyone is very generous in smiles. Betel’s Cheek reflects a favorite habit of the whole country. It’s easy to find betel shops on every street corner. From taxi drivers to waitresses at a local restaurant chew betel. It is such an interesting “national habit”, no?

No seat number on domestic flights

Yes! It may sound strange but true. You sit on a plane, but you feel like you’re on a bus! There is no seat number in your ticket, you will find your favorite seat you wanted, next to windows or next to the exits. In this case, the first come, first served for beautiful places. But do not worry, outside of this point, domestic flights in Burma are safe and convenient only in other countries. It must be an interesting experience in your trip to Burma.

Eat with the right hand only

It is recommended to eat by the right hand, even if you are only a visitor to Burma, as eating by the left hand is considered rude. The left hand is used only for personal hygiene, according to Burmese. So when you give someone food or money, consider using your right hand.

While ezines today occupy almost the entire media system in the world, paper magazines are still very popular in Burma. Each street has a magazine store. After many years of isolated existence, reading magazines and paper newspapers is the only way to access the current from outside this country. However, it will be very different in many years that Burma is growing day by day.

Burmese society is one of the most traditional communities in Asia; the inhabitants live in their own way which maintains many unique traditional customs until today.

In the streets, you will meet many women whose faces are painted with a white powder. This white powder is called Thanaka, the Thanaka  is a white-yellow cosmetic paste of plant origin commonly used in Burma to cover the face and sometimes the arms of women and girls, and to a lesser extent men and boys. Its use dates back more than 2000 years. It has also spread to neighboring countries, such as Thailand.

Internet is available, but very slow

It does not sound like good news for internet addicts, the internet is no longer banned, but still very slow. It has been much improved so far; but it is best to prepare in the worst case that there will be an Internet error during your trip.

In some ways, it makes your trip to Myanmar truly a getaway to a special country, where people live more slowly and are independent of technology. The tours in Burma would be a serene break for your active life that you will hardly find in many places.

Women are not allowed to access certain sacred places

It is true that there is still gender discrimination in Burma, because of the traditional spiritual and religious life for a long time. In a religious place, women can not enter certain areas. In your trip to Myanmar, you will see many shrines, we suggest you observe if there are women in the area if you are a woman. In addition, as in other Buddhist countries, women are not allowed to touch a monk. If it is introduced to a monk, an arch of the head instead of a handshake is appropriate.

Strange traffic of the right hand

It is really strange when watching the traffic in Burma. This is the right traffic, but most of the current vehicles in Burma are driving right. In addition, some new imported vehicles are left by car by hand. So, both left and right hand drive cars are running in the streets of Myanmar. We could grant Misty the awards for “the best driver in the world”!

It is not a traditional story in Scotland; it is contemporary history in Burma. Both Burmese men and women wear Longyi in everyday life. It is a sheet of cloth, worn around the waist, running, and looks like a long ‘skirt’. Burmese men do not feel awkward at all when wearing this traditional dress; they even feel it’s a good way to protect them from the heat all year long. In the peaceful rhythm of Burmese lifestyle, the figures of people in longyi are beautiful images of the Buddhist country.