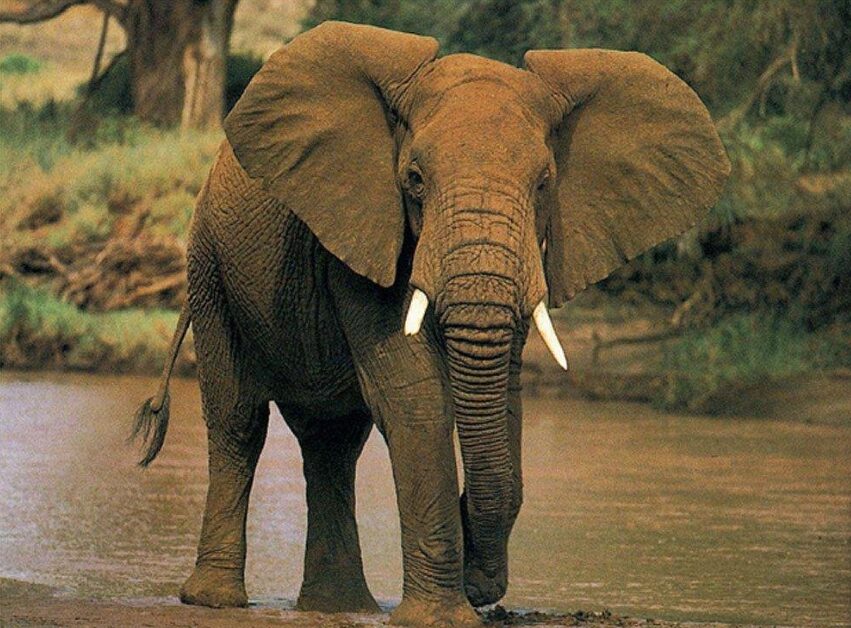 Elephant is national animal of Cote d’Ivoire . It is the largest terrestrial mammal in the world. There are two different species: the Asian or Indian elephant and the African elephant . Both species occupy varied habitats, such as deserts , savannahs , tropical forest areas , river valleys, high mountainous areas, etc. 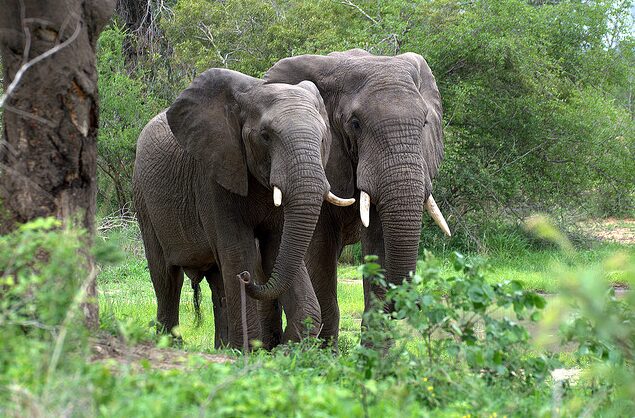 Origin
His background is mammoths and mastodons .

Characteristics
Elephants, despite what their appearance may show, are silent animals and agile when it comes to walking thanks to the pads at the end of their legs. This feature of their extremities makes them adapt to all kinds of irregularities in the ground.

An elephant walks with a speed of about 6.5 kilometers an hour in normal gear. When you have to flee or attack an enemy, that speed increases to 40 kilometers per hour. Elephants can not jump, but this is offset by their excellent ability to swim.

The trunk is the most sensitive organ of the animal, it has very developed the sense of smell. The elephant trunk is an adaptation of the nose and is especially sensitive to all types of odors and flavors. It is the most distinctive physical feature. It is an elongated, boneless muscle.

It is a very precise organ since it can pick up delicate or small things without problems. They also use the trumpet to make sounds, for their baths of dust, to demolish obstacles, to remove the vegetation, etc.

Do you want to know about National animal of Chile?

The dust baths consist of the elephant filling its trunk with dust, of very fine soil, to pulverize with it. This process does not affect the olfactory or gustatory capacity of the animal since the nasal walls are independent.

The horns of the elephants emit sounds that are not perceptible to the people since they are of very low frequency. These sounds are transmitted through the air and are likely to be used to communicate with other distant elephants.

Fangs are also another characteristic of elephants. These protruding fangs are incisor teeth of the upper jaw and grow throughout their entire life. Some tusks can measure up to three and a half meters in length.

The ears have several functions. They serve to signal to other elephants and to ventilate, but mainly to detect enemies.

The eyes are small, so your vision is also scarce. 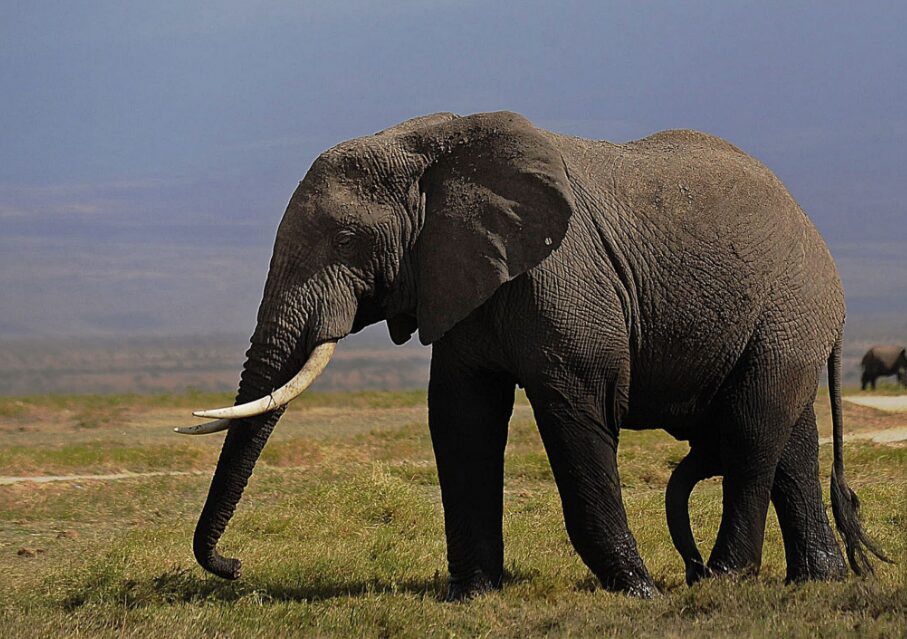 Elephants feed on stems, leaves, grasses and woods, all of little energy value. For this reason, they must chew large amounts of food a day to survive. This is a wear and tear of your teeth, which replace with new ones.

The first molar teeth come out at 14 -15 years of age. Around 28-30 years, the teeth are replaced by new ones. These second molars will last until the 40 years of the animal approximately, that will leave new ones until the 60-70 years.

At that time, the elephant usually dies from being unable to chew all the food it requires to survive.

As for the reproduction of the elephants, the female can enter into zeal at any time of the year. This heat lasts approximately between 24 and 48 hours.

There may be several males, but in the end one will prevail on the rest and stay with the female. As a general rule, the female has a single offspring, after passing gestation, between 21 and 22 months. Within a few days of life, the elephant’s breeding is able to follow the herd. During the first 2-5 years, the baby will feed on its mother’s milk.

The herd should pay special attention to small elephants as they are easy prey for predators such as tigers and leopards. Most elephants die before reaching one year of age. The average number of offspring per female is between 6 and 12 in their entire lives.

Elephants are gregarious animals that congregate in herds. The structure consists of families (a female with her offspring). The herds usually consist of about 20 or 30 specimens and are driven by an adult female, called matriarch. It can also be the case in which several herds are joined, until a group of up to a thousand copies is obtained.

The case of males is different. While they are young they remain in the herd , but when they become adults they separate and live alone or small groups.

The movements of the herd are determined by the search for food and water. They usually move at dusk, when it is not so hot. They take advantage of the first hours of the morning or the night to eat.

According to the scientific classification, the elephants belong to the Elephants family, within the order of the proboscids . The African elephant is classified as African loxodonta and the Asian elephas maximus .

The Asian elephant has a bulging forehead, arched back and small ears compared to the head. Only the male has fangs. Meanwhile, the African elephant is larger, with large ears and both sexes have fangs.

Both species of elephants have five nails on the front legs. They differ in that in the hind limbs, the Asian has four and the African only three.

This has changed thanks to different genetic studies that differentiate one more class of African elephant, those that live in the forests. These are smaller, with more rounded ears. This is the subspecies loxodonta cyclotis .

Despite the physical resemblance, the two species are distant as much as tigers and lions. Generally, the species of African elephant of the forests is little known.