Huemul is national animal of Chile . His scientific name is “Hippocamelus bisulcus” (Molinal), usually called “güemul” or “gamu” l in Araucan, “shoan” in Tehuelche, “Andean deer” or “Huemul of the South”. Belongs to the class of mammals, order artiodactyla and family cervidae. This species has been declared a Natural Monument in all the Argentine provinces where it inhabits, at the request of the Fundación Vida Silvestre Argentina . National animal of Chile is one of the most unknown mammals of the wild.

Characteristics
It is a deer that has a dark brown coat, mixed lightly with yellow, dense, thick, pneumatic (with air inside) and somewhat oily. This allows you to easily swim in the cold glacial waters of lakes, rivers, streams and also protects and shelters you from the harsh winter weather (and especially the very strong winds that increase the cooling conditions). The coat is changed twice a year: in autumn and spring. Its color allows it to be easily mimicked with rocks, soil, scrub and logs. It is a stout robust, which has a height, from the back to the ground, which reaches almost one meter. The largest specimens can weigh about 100 kilos; males are larger than females can reach a size of 90 to 100 cm and have antlers.

Do you want to know about National animal of Canada?

Sometimes the huemules meet in familiar nuclei. Solitary individuals are usually detected or forming part of small groups of no more than two or three individuals whose composition is variable. These groups can be formed by a female and an adult male, sometimes accompanied by a fawn of the year or preadult, or only by females.

It seems that the huemul is a territorial animal. A male occupies places bounded by gullies. From the observation of footprints and fecas it is clear that females have greater horizontal mobility than males, which would indicate that they could pass to other territories, whereas males prefer to walk in the direction of the slope, betting on high places. But, the season of the year influences the preference of the species for a certain habitat. 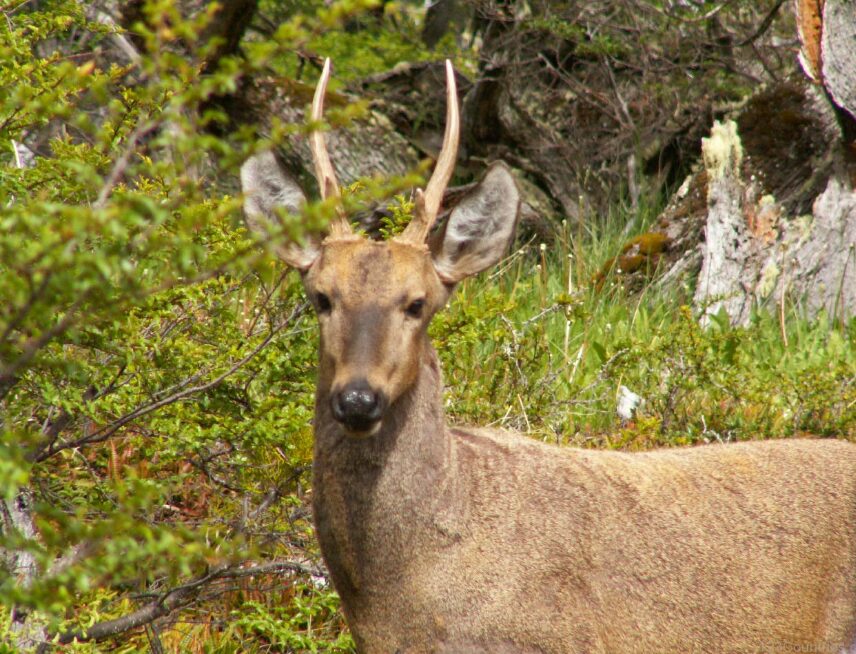 In winter , due to the cold and the snow, the size of the available habitat is severely reduced and the huemul is confined to lower places, preferring wooded areas under the snow limit, that is, at 1000 meters altitude. These places are steep and rocky, with large number of gullies and a complex vegetation cover. This type of habitat allows to minimize their visibility and increase their chances of escape and at the same time serves as a shelter from winter storms and as a source of food. In spring these places are gradually abandoned, dispersing in search of better food and greater heights. In summer, the huemul moves to zones of higher altitude, coinciding with the upper altitudinal limit of the forest formations and the lower limit of the Andean meadow formation. Thus in the habitat of the central zone (Chillán), in summer the succulent plants increase to greater height and are available wood slopes of lenga and oak of south exposition that offer him abundant water and lower temperatures. When autumn arrivesgradually decreasing the use of the forest, moving towards the scrub oak and chusquea, with herbaceous vegetation. As for the area of ??Aysén, its habitat is reduced almost exclusively to the ecotone of the forest including waterfalls, with an occasional traffic inside the forest and areas of scoriales devoid of vegetation. The home environment for this place is approximately 3 km2. 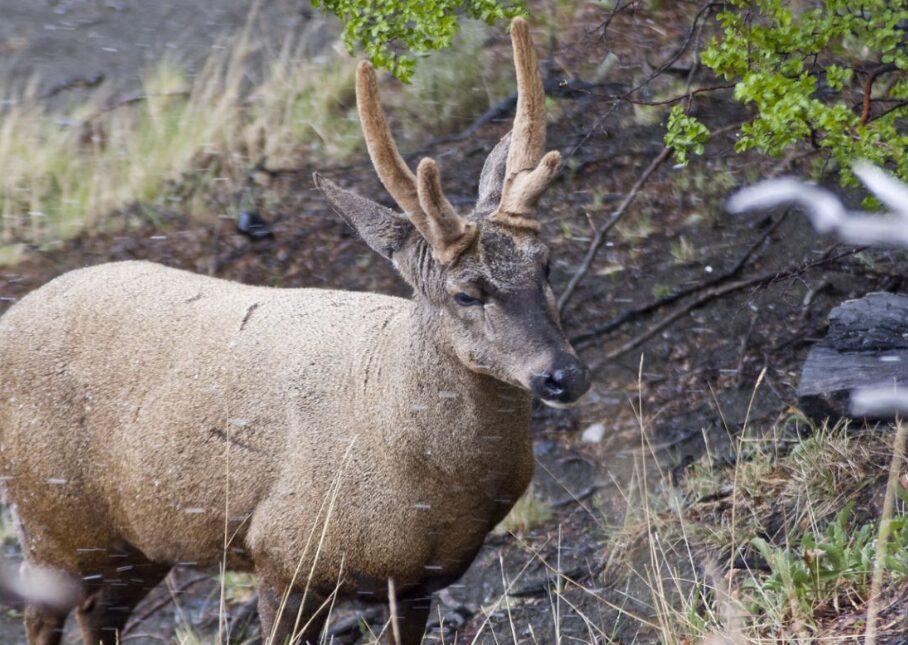 The huemul diet is determined by the availability of food throughout the year, which in turn depends on the climate, the season, the characteristics of the land, the biological cycles of vegetables and other variables, mainly ecological. Many plants, which form their diet, dry out, lose their leaves and are no longer used, for at least a few months. In the Nevados de Chillán, the annual huemul diet is composed of 46% of herbs and 31% of shrubs. The species of the herbaceous stratum correspond to alstroemerias, geraniums, orchids, violets of the mount and valeriana. Among the shrubs, maitén is his favorite. During the winter, the availability of grasses and grasses decreases, so their food is made bushy consuming species such as maqui, maitén, oak, baccharis sp, as well as quinchamalí. In Aysén , according to summer observations, chilco , chaura , and lenga renoval are the preferred species.

Between March and May the season of zeal presents itself, although already in February the males begin to show conducts (disputes) that announce the arrival of that period. The gestation period lasts six to seven months, at the end of which a single offspring is born. The breeding season is limited to the months of November and December. During the first month of life, the fawn is weak and unsteady, remaining hidden and immobile most of the time, changing places after breastfeeding, a behavior that is a strategy to avoid predators. Weaning occurs around four months of age. From the second month, fawns frequently consume vegetable food. The growth of the young is relatively fast since a male of a year of age reaches the size of an adult female.F