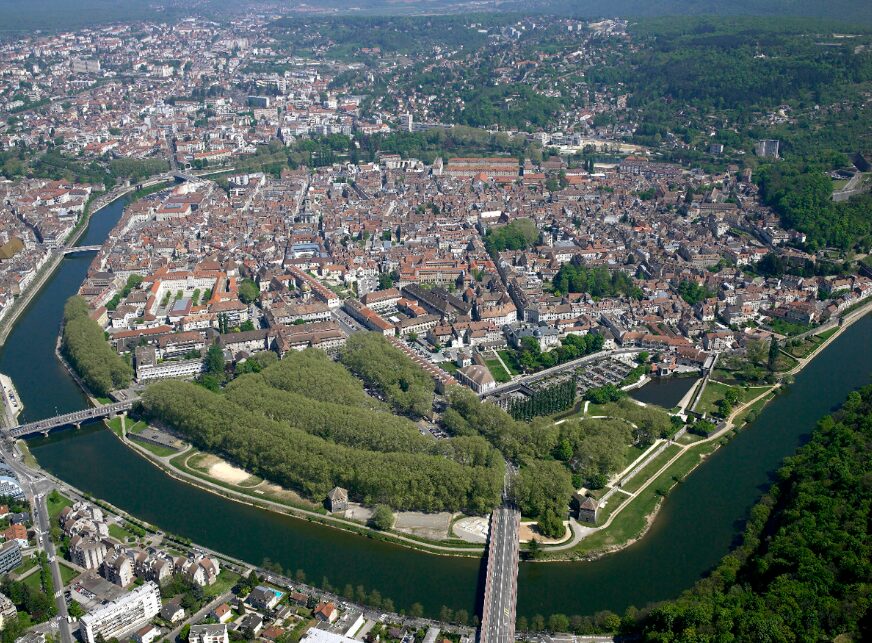 Paramaribo , the largest and capital city of Suriname. It is located in the north of the country, on the banks of the Suriname River , on the coast of the Atlantic Ocean . With a population of 310,000 inhabitants (as of 2010), it houses the main port of the republic, has no airport, and is the most important commercial and manufacturing center.

The historic center of the city of Paramaribo has been declared a World Heritage Site by UNESCO since 2002 . This city was the seat of the VII Ordinary Meeting of Heads of State and Government of Unasur .

History
The area was a trading post initiated by the Dutch, was taken by the English in 1630 , and in 1650 the city became the capital of the new english colony. The area changed hands many times between the English and Dutch dominion. In 1667 it was under Dutch rule and also from 1815 until independence of Suriname in 1975 .

In January of 1821 , a fire in the center of the city, destroyed more than 400 houses and other buildings. A second fire in September 1832 destroyed another 46 houses in the western part of the Waterkant.

In 1943 , a military plane crashed on its way to North Africa , near the city, killing two FBI agents and another 33 people aboard. The cause of the air crash was never determined and very few remains of the 35 people on board were found.

After World War II , the city grew considerably thanks to the income it obtained from tourism and industrial development. In 1975, the independence of Suriname was proclaimed and Paramaribo was designated capital of the republic.

Geography
Paramaribo is located in the district of Paramaribo, on the banks of the Suriname River . And to 15 kilometers of the coast It has an area of ??183 km ² and a total population of 310,000 inhabitants (to the year 2010).

Paramaribo has a rainforest climate, under the Kppen climate classification. The city has no certain dry season, 12 months of the year average more than 60 mm of precipitation, but the city has remarkably wet and dry periods during the year. From September to November is the driest season of the year in Paramaribo. Common to many cities with this climate, temperatures are relatively constant throughout the year, with high average temperatures of 31 degrees Celsius and low average temperatures of 22 degrees Celsius. Paramaribo, on average sees more or less 2200 mm of rain a year.

Economy
Paramaribo is the largest city in the country, the main port of the coast and the center of commerce and manufacturing . 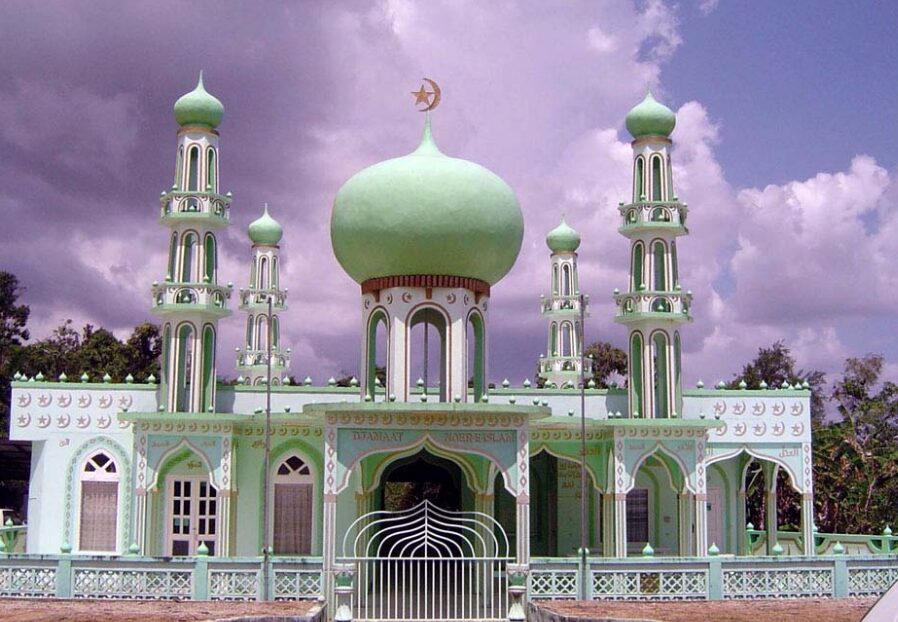 The economy of Paramaribo is based on agricultural production , where rice , sugar cane and fruit trees are grown ) and in the metallurgical, textile, food, mechanical and shoe industries . In addition, they have tobacco , cement and paint factories

The city is an exporter of gold , bauxite , rice , sugar , cocoa , coffee , rum and tropical woods.

Do you want to know about Capital City of Spain?

Much of its economic life takes place on Waterkranz Avenue, where the largest market and numerous shopping centers are located, as well as restaurants and hotels.

Culture
Paramaribo is famous for its ethnic and cultural diversity, which includes Indians, Caribbeans, Maroons, native of Java , Creole, Amerindian, Chinese and European, mainly Dutch and British.
Mosque next to the synagogue
The great ethnic diversity of its inhabitants has brought with it the appearance of mosques, synagogues and Hindu temples. Paramaribo is possibly the only place where it can be found next to a mosque, a synagogue.

On Sundays and public holidays there is a popular bird song contest. Suriname has two rooms of cinema , both located in the capital. 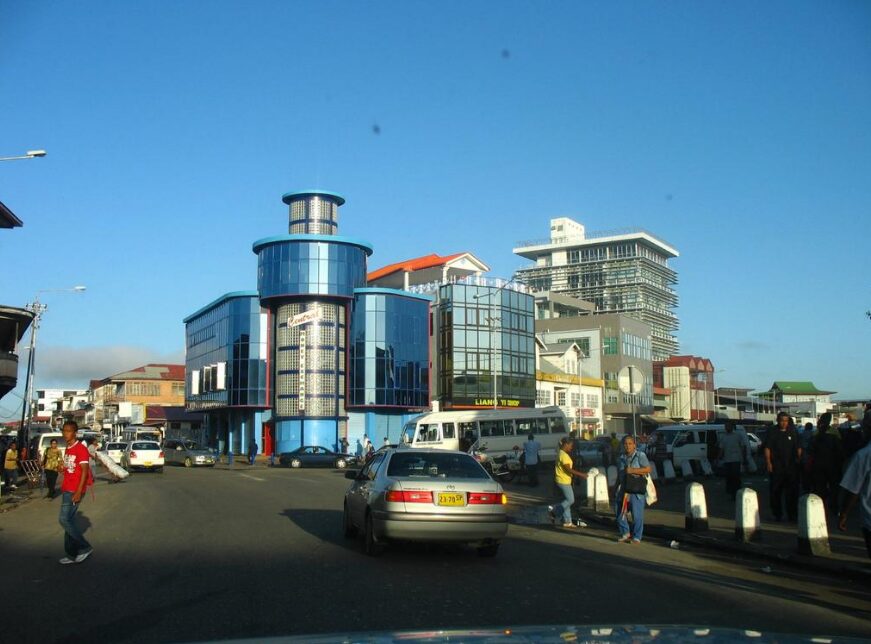 Paramaribo is an old Dutch colonial city of the XVII and XVIII centuries implanted in the tropical South American coast. Peaceful and neat, it maintains in the constructions of the historical center the colonial style that was worth to be declared by the UNESCO , in the 2002 , Patrimony of the Humanity.

The architectural style of the city and the canals that decorate its streets show a clear Dutch influence. Their traditional houses are usually of rectangular plan with few windows, to reduce as much as possible the high temperatures that are registered in this South American country, and with gardens. On its main façade, a row of orange trees puts a nice note of color to the city every time they bloom, twice a year.

In the vast majority of constructions the white predominates and the style that was introduced by its first inhabitants is respected. Houses, offices and ministries of wood up to three floors are raised throughout the Surinamese capital.

Places of historical and cultural interest
Perhaps one of the best examples to cite is its imposing Catholic cathedral dedicated to St. Peter and St. Paul . The two-towered building, exquisitely worked, was built in 1885 and is the tallest wooden building in the Western Hemisphere.

Located in the patrimonial center, the Cathedral shares the space with the Independence Square, the Presidential Palace, the National Assembly and Palmentuin Park, a colonial time recreation center guarded by thousands of palms .

Among its main attractions is the Jules Wijdenbosch bridge , which with its 1,500 meters links the city with the district Commewijne, and the forts Amsterdam and Zeeland, raised in the seventeenth century

Also excels University, founded in 1968 , the Museum of Surinam , which since 1954 exhibits archaeological, cultural and historical samples of the country, Surinam Cultural Center, which opened in 1947 , and a research institute of tropical resources.