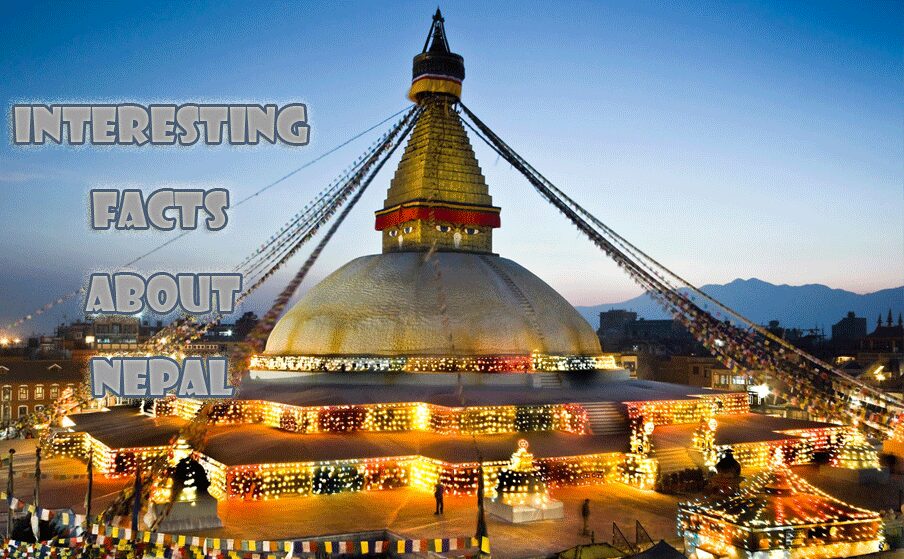 Their customs, their characteristics or their way of life are quite unknown in the rest of the world, so we have prepared a list with the 20 most Interesting facts about Nepal . How many of them do you know?

Although technically only half of Everest is in Nepal -the other half belongs to China-, also 8 of the 14 highest mountains in the world, with more than 8,000 meters, are located in this country.

If we take into account the previous curiosity about Nepal, it is not surprising that much of the country’s income comes from mountain tourism. For example, the permit to ascend Everest costs between $ 10,000-25,000 per person although the price of routes through other mountains is usually around $ 40.

Although this feat is officially attributed to Hillary and Norgay in 1953, it is believed that the first to reach the top were a pair of British who, in 1924, died before descending and being able to confirm that they had crowned it.

Riding is the most common thing in Nepal, especially in cities such as Kathmandu and Phokara where you can find thousands of motorcycles moving in all directions.

Nepal is a country unknown to many, but more than 500,000 people visit this beautiful country every year.

Despite having very remote areas of civilization, it is difficult to find garbage lying on the ground. Even in the most remote areas, the authorities place bags for travelers to deposit their waste.

Although Nepal has a good gastronomy , the most usual thing is to eat every day the  dal bat , a typical dish made up of white rice, vegetables and lentil soup.

In the Nepali village of Lumphini in 543 BC it is said that Siddartha Gautama, better known as Buddha, was born.

An interesting curiosity about Nepal is that, even though the Buddha was born there, only 10% of the population is Buddhist. The majority religion is Hinduism, practiced by more than 80% of Nepal’s.

Sadhus are nomadic monks dedicated to prayer, typical of Nepal and India, who travel from temple to temple with all their possessions with them.

Although there is no scientific evidence of its existence, most Nepalis know the legend of the Yeti and claim to have seen this animal through the forests of the area.

At the top of all the mountains of Nepal it is normal to find hundreds of prayer flags blowing in the wind and, in many occasions, their rattle is the only thing that breaks the silence of the top.

With its characteristic shape composed of two triangles, the flag of Nepal is the only one in the non-rectangular world.

Some 60,000 Tibetans currently live in Nepal after leaving their country after it becomes part of China.

The sarangi is a stringed string instrument similar to a violin.

Although the Nepalese team is considered one of the worst in the world, the Nepalese love football and enjoy every match to the fullest.

Known as Gurkhas , these soldiers became part of the British Army after the independence of India and are known for their bravery and hardness.

You will find them everywhere, especially to get to the most important places in the country, such as temples and palaces. But do not forget that, in this country, the effort is always worth it.

As a last curiosity about Nepal mention is that it is quite common to run into dozens of marijuana plants growing naturally in their mountains.