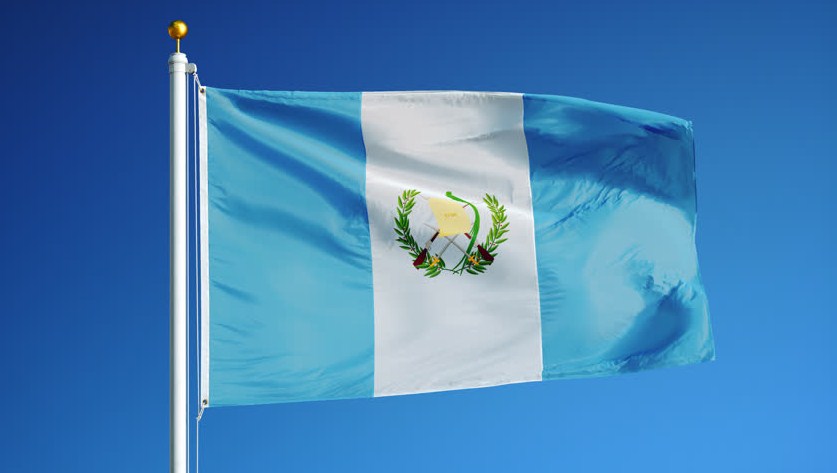 The national flag of Guatemala is one of five symbols Patrios of Guatemala and is also the highest badge Homeland, officially established as such on 21 August of the 1823 and modified as is currently the August 17 and 18 of November of 1871 . Its colors are blue and white and in the center carry the Coat of Arms (“Ministry of National Defense”, 2009). When the national flag of Guatemala carries the Coat of Arms in the middle takes the name of National Pavilion (“Ministry of National Defense”, 2009).

In the national flag of Guatemala there are two outer vertical stripes of sky blue represent the Pacific Ocean on the west side and the Caribbean Sea on the east. The sky blue color symbolizes justice, loyalty and the sky of the country. The white color in the central part of the flag symbolizes purity, integrity, firmness and nation.

It is important to know that on the national flag of Guatemala there is a shield in the white part. The quetzal (pharomachrus mocinno), which is a national bird of the country and symbolizes the freedom of Central American independence from Spain. It is necessary to know that the Aztecs and Mayas refer to the quetzal as a symbol of light and life.

The rifles represent the good will of the Guatemalan inhabitants to fight and defend the crown of laurel, symbol of victory. These rifles are representative of those used in the 1871 Remigton era. Swords symbolize the honor of their nation.

The parchment that is in the center of the shield contains the legend of Guatemala’s independence date.

The flag that we know today was created in 1871 by means of an Executive Decree on August 17 of that year and during the government of General Miguel Garcia Granados. With a rectangular distribution, uses in its design 2 colors the blue sky at the ends and white at the center. The connotation of both colors when it honors our flag in a clear sky, has an emotive meaning where the white transmits us purity, peace, nobility, faith; And blue, loyalty and strength as well as water since Guatemala is a country that owns a lot of water and geographically is located between two seas.

There is no document that tells us about the name of the designer and the reasons that motivated him to use these colors, but when we see our flag, we can perceive a very creative intention to express freedom, the same that can be felt when seeing the clouds moving in a blue December sky in Guatemala. Our flag throughout its history has been manifesting changes in its spirituality and proof of it is that in its beginnings, specifically of 1821 to 1823, used a flag very similar to the current Mexican flag. Later to those years we see that the Spanish power still exerted political and military pressure reason why in the designs of 1851 to 1858 and of 1858 to 1871 an obligatory participation of the colors yellow and red was appreciated.

The current law that regulates the colors, shape and size of our flag are described in Decree 104-97 of the Congress of the Republic of Guatemala, national flag and coat of arms legislation. 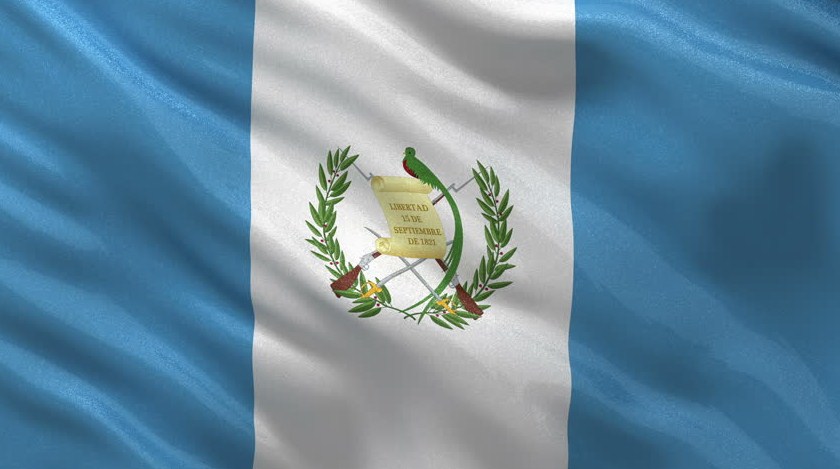