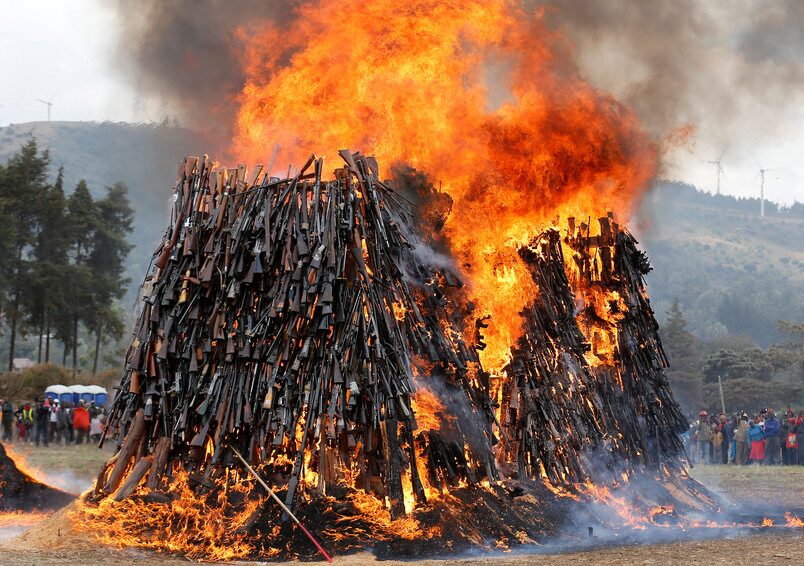 We are going to share today is what national day? The International Day for the Destruction of Small Arms was launched by the United Nations in 2001.

On the occasion of the International Day for the Destruction of Small Arms, victims of gun violence are destroying weapons around the globe . These local actions come after the organizers of the campaign for arms control – Oxfam, Amnesty International and the International Action Network on Small Arms (IANSA) – statistics revealing the existence of a weapon for ten inhabitants in the world. On average, 800,000 are destroyed each year, but unregulated weapons remain a major problem: for every weapon destroyed, ten are produced.

When they fall into the wrong hands, weapons are responsible for hundreds of thousands of deaths, and many more injured each year. Unregulated weapons are used in crimes around the world: homicides, forced displacement, rape and torture.

“The International Day for the Destruction of Small Arms is an opportunity for everyone to take initiatives to tackle the problem of weapons head-on, since, for every weapon destroyed, ten are produced, the efforts made by The ordinary citizen is undermined by the refusal to act by governments: for every step forward, we reduce by 10. As long as we have not created an international treaty on the arms trade, local initiatives will always be sabotaged by the inaction of the authorities and the weapons will continue to fall into the wrong hands. ”

The numbers speak for themselves

Act for the destruction of weapons

All over the world, people who have escaped armed violence, families of victims and militants are destroying weapons:

The International Day for the Destruction of Small Arms is the major event of the Global Week of Action against Small Arms. On this occasion, groups from more than forty countries from around the world took the initiative to act against armed violence in their places of life.